The Heritage of Christianity 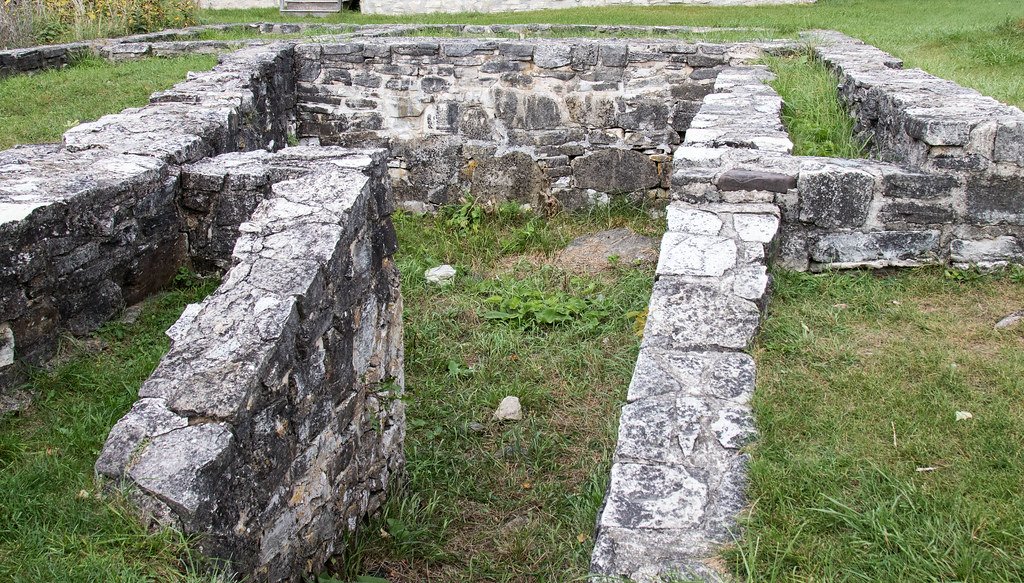 Flavius Josephus tells us in his work, The Jewish War that there were three separate sects of Jewish leadership, the Pharisees, the Sadducees, and the Essenes in the century before Christ as well as the first century AD. An examination of their history gives us real insight into the environment in which of the Christian church was formed.

Since the time of David and Solomon, the position of high priest was occupied by Zadok, a direct descendant of Eleazor, Aaron’s son and his descendants. Zadok had proven himself loyal to David when David’s kingship was being threatened by Absalom and Adonijah. He was the high priest who anointed Solomon as king and his lineage is documented in 1 Chronicles 6:4-8. Zadok means just or righteous, a derivative of the Hebrew word, tsadeqah;

In Genesis 15:6, Then he believed in the Lord; and He reckoned it to him as righteousness. The high priests were chosen from Zadok’s line through the times when the Jews returned from captivity.

After the return from the Babylonian captivity, the priesthood formed the center of the new religious life, and the pious in Israel who were anxious to practice the commandments of the Lord naturally attached themselves to the divinely – appointed and time-honored tribe of Levi. The ruling nations over Israel, first the Seleucid and then the Roman empires, recognized her as an independent state and gave her that authority to govern herself. Under John Hyrcanus I (134-104 BC), a campaign began to capture neighboring nations and force the Gentiles to convert to Judaism. According to Jewish law, this is forbidden. John Hyrcanus I took the title of high priest and king, which is also forbidden. The Jews who followed the high priest even when he contradicted the Torah became known as Sadducees.

Those who were committed to following the Torah refused to follow the high priest and became known as the Pharisees (dissenters). When Alexander Jannaeus (103 – 76 BC) began requiring all Jews and non-Jews under his control to start practicing some of the Levitical priestly regulations, it led to a war between the Sadducees and Pharisees (96 – 88 BC). Alexander’s wife was Queen Alexandra. As long as he was busy with his military campaigns, he let his queen rule the internal affairs of the land. She was a wise and pious ruler who lived up to the Torah. She removed the Sadducees (who did not believe in the oral tradition – the tradition of the elders), from the Sanhedrin, and installed the greatest scholars of those days in their place, with Rabbi Shimon ben Shetach, a Pharisee scholar at their head. The new method of Torah interpretation, called “Derush”, meant that oral tradition would be enforced and binding on all just as the written Torah had been. This was the religious, political environment at the time the Messiah appeared.

The qualifications for membership of the Pharisaic association included two requirements:

At the same time, the high priest stopped being from the lineage of Zadok. The remaining priests of Zadok formed a community in Qumran, located to the northwest of the Dead Sea. They were known as the Essenes and their community is likened to the early Christian church, supporting each other by selling their properties to support the entire group (see Acts 4:32-36). According to Josephus,

Since [they are] despisers of wealth—their communal stock is astonishing—, one cannot find a person among them who has more in terms of possessions. For by a law, those coming into the school must yield up their funds to the order, with the result that in all [their ranks] neither the humiliation of poverty nor the superiority of wealth is detectable, but the assets of each one have been mixed in together, as if they were brothers, to create one fund for all. They consider olive oil a stain and should anyone be accidentally smeared with it he scrubs his body, for they make it a point of honor to remain hard and dry, and to wear white always. The Jewish War, Book II, 8.3.122-123

Josephus recognized them as committed to a strict observance of the Sabbath, eating together after prayer, devoting themselves to charity and benevolence, forbidding the expression of anger, studying the books of the elders, preserving secrets, and were very mindful of the names of the angels kept in their sacred writings. In addition, they saw themselves as dedicated priests and prepared their members accordingly, with great emphasis on personal study of Scripture and other ancient works as well as purity of life, as Josephus relates.

To those who are eager for their school, the entryway is not a direct one, but they prescribe a regimen for the person who remains outside for a year, giving him a little hatchet as well as the aforementioned waist-covering and white clothing. Whenever he should give proof of his self-control during this period, he approaches nearer to the regimen and indeed shares in the purer waters for purification, though he is not yet received into the functions of communal life. For after this demonstration of endurance, the character is tested for two further years, and after he has thus been shown worthy, he is reckoned into the group. The Jewish War, Book II, 8.7.137-138

Those they have convicted of sufficiently serious errors they expel from the order. And the one who has been reckoned out often perishes by a most pitiable fate. For, constrained by the oaths and customs, he is unable to partake of food from others. Eating grass and in hunger, his body wastes away and perishes. That is why they have actually shown mercy and taken back many in their final gasps, regarding as sufficient for their errors this ordeal to the point of death. The Jewish War, Book II, 8.8.143-144

Most of the Dead Sea Scrolls were found in the caves surrounding the settlement of Qumran, recognized as the home of the Essene community. It is believed that the Essenes hid them in the caves in anticipation of the coming invasion by the Romans. This conclusion is supported by the fact that many of these caves were only accessible through the Qumran compound. One of their biggest priorities was to study, to manage, and to reproduce the Scriptures and other ancient documents, many of which were passed down to them from previous generations.

The Dead Sea Scrolls contain many more fragments and documents than just Scripture, including the Testaments of the Twelve Patriarchs. In addition, there were believed by many to be the writings of the twelve sons of Jacob, last words to their children dealing mainly with morality, but also some prophecy. According to the legend found in the Talmud of the orthodox Jews and the Essene community, all of the patriarchs from Adam to Aaron (Thirty-seven or more) were prophets and all wrote testaments for their posterity. The Ancient Book of Jasher (Book of the Just Man), was one of the 13 ancient history books written around the same time as Genesis and Exodus and quoted in Joshua 10:13 and 2 Samuel 1:18. Josephus says that Adam received a prophesy from God of two judgements, one by fire and the other by water (Josephus’ Antiquities 1.2.3). These works are not accepted as authoritative by Judaism because the scrolls are not available in Hebrew and also because they contain a number of references to the Christian Messiah.

One such book is the (Ancient)Book of Enoch (1 Enoch). This book is generally ascribed to Enoch, the great-grandfather of Noah. It has played a crucial role in forming the worldview of the authors of the New Testament, who were not only familiar with it, but quoted from it in Jude 14-15. Like many other of these ancient books, it is filled with prophesies about the coming Messiah, His first coming, and end times prophesies. Some examples include the following:

The Essenes recognized the original calendar as 364 days long, evenly divided into fifty-two weeks. Since each year is 365.24 days, they accommodated a 24-hour day by recognizing a leap week, once every five or six years.The modern Jewish calendar is a lunar calendar based on a 354-day year and then a leap month (Adar II) added every three to five years to keep somewhat in sync with the four seasons. The months start on a new moon. This is not how the Jewish calendar began. It was the Essenes who taught that God gave us a perfect calendar, a solar calendar and it was observed from the time of Adam to Moses. It remained the only calendar observed by the Jews until they were forced when under foreign rule to use the Seleucid Greek calendar, modified by the Pharisees and similar to the one they use today.

There were some major discrepancies with the Pharisees that caused the Essenes to remove themselves from the politics of Jewish public life and carry on their own forms of worship, outside the Temple, without animal sacrifices, and a deep devotion to study and to exemplify the characteristics of the priesthood, as ancestors of Zadok. They also practiced daily ceremonial baptism.

Whereas these men shun the pleasures as vice, they consider self-control and not succumbing to the passion’s virtue. And although there is among them a disdain for marriage, adopting the children of outsiders while they are still malleable enough for the lessons, they regard them as family and instill in them their principles of character: without doing away with marriage or the succession resulting from it, they nevertheless protect themselves from the wanton ways of women, having been persuaded that none of them preserves her faithfulness to one man.The Jewish War, Book II, 8.2.120-121

Toward the Deity, at least: pious observances uniquely [expressed]. Before the sun rises, they utter nothing of the mundane things, but only certain ancestral prayers to him, as if begging him to come up. After these things, they are dismissed by the curators to the various crafts that they have each come to know, and after they have worked strenuously until the fifth hour, they are again assembled in one area, where they belt on linen covers and wash their bodies in frigid water. After this purification they gather in a private hall, into which none of those who hold different views may enter now pure themselves, they approach the dining room as if it were some [kind of] sanctuary. The Jewish War, Book II, 8.5.128-129

A number of scholars suggest that John the Baptist was an Essene, as demonstrated by his lifestyle documented in Scripture. It is also believed that the Apostle John, who may have lived to be more than 100 years old, similar to many other Essenes, embraced the Essenes and their doctrinal outlook. His divine perspective on the Lord as Messiah is consistent with the many ancient writings they studied. A close look at the life of the Essenes is a model to the dynamics as taught by the Apostles to the first century church. A deep devotional life to Jesus as Messiah was not a brand-new thing, but a continuation of the convictions demonstrated by the Essene community. A number of ancient church fathers recognized the value of these extra-biblical resources that provide a foundation for the Church and its success in the new covenant age.

When Jesus confronted the Sadducees and Pharisees, He was exposing their hypocrisies, which represented two sides of the religious system they represented: the side that goes along with the existing authorities even when required to compromise the religious foundations and the other, the side that adds more and more requirements to keep followers in line. They were creating their own brand of Judaism.Only the Essenes were committed to a purity of life and faith, even removing themselves from public religious life for that purity. The ultimate perfection of the faith is found in a relationship with the Father through the Son.