The Holy City in Our Hearts 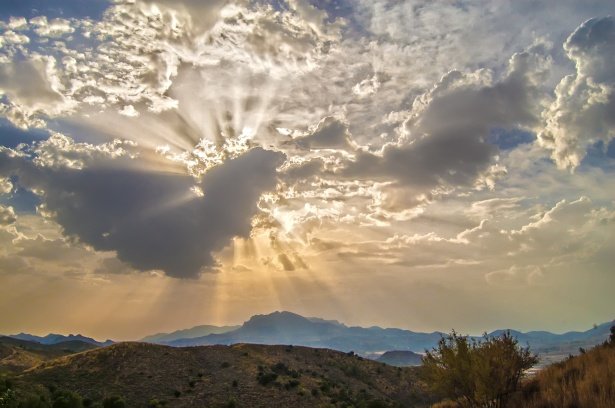 “And if I go and prepare a place for you, I will come again, and receive you unto myself; that where I am, there ye may be also” (John 14:3)

“Heaven and earth shall pass away, but My words will endure forever” (Matthew 24:35)

These are things Jesus told His disciples about the future. His words in Matthew 25 came after the Savior was given a good look at the Temple compound.

The structure, a project organized and funded by Herod the Great, the Roman ruler for the region, was a wonder for that era. It was big and bold, solid and ornate; it was 46 years in the building. There were gold accents that reflected the sun and created the illusion of glory.

Jesus was not impressed. These buildings, He said, would be reduced to rubble within a generation. “Not one stone will be left upon another,” He told them (see Matthew 24:1-2).

And this did happen in the year AD 70. The Roman government responded with brute force to an uprising among the Jewish population in those days. A long siege, a multitude of crucifixions, and a ferocious final attack brought down Jerusalem and the Temple.

As Jesus talked, the disciples became more and more curious after hearing such things. These words contradicted the notion that Israel would regain kingdom status with Jerusalem as her capital and the Messiah on the throne.

Questions were posed to the Lord:  “When will these things be? What will be the sign of the end?” Jesus warned of deceivers and deceptions. He told His followers to expect troubles and persecutions. The wildness of sin would be everywhere.

Still, His words would remain. The things that He spoke are eternal. All of the world, every nation, will hear the Gospel, Jesus told them.

These are the promises we hold onto, especially on those days when we are tempted to cry out:  “Where are You, Lord?” He hears these lamentations of ours, just as He heard those of His prophets and preachers in the time of Israel’s backsliding and degradation and captivity.

The Jerusalem that Jesus toured is gone. Some desperately cling to the notion that there will be grand rebuilding of the city of David complete with another temple.

Jesus hinted of something different, however. He talked of a Place prepared, a Place of welcome and worship.

Another Jerusalem is to come. This will be an everlasting Holy City; the Builder and Maker of it will be God Himself.

We read of this City at the end of the book of Revelation. The descriptions given by the Apostle John are full of marvelous details.

Noticeably absent from New Jerusalem will be a temple structure “for the Lord God Almighty and the Lamb are its temple.” Sin and death will be no more. Nothing shall remain to quench the fullness of the Presence of the Lord. Click To Tweet

Walls and streets of pure gold clear as glass are described. The City’s foundation stones will be of precious gems and its gates fashioned of pearls. Every angle in this City shall be right, true, and square for its appearance will be as a majestic cube with its length and width and height some 1,400 miles in every direction.

No wonder the heavens and earth must pass away. Space and room must be made for this Jerusalem, a City beyond anything we could ask for or think of. John supplies the rich images for us, but the glory of this eternal Home really is incomprehensible, unfathomable.

Noticeably absent from New Jerusalem will be a temple structure “for the Lord God Almighty and the Lamb are its temple.” Sin and death will be no more. Nothing shall remain to quench the fullness of the Presence of the Lord.

This will be a place of all light and all glory. Hallelujah, may this come soon, Lord Jesus.

The Heart of the City

The New Jerusalem is also called the Bride, the Lamb’s wife, in Revelation 21:9. What does this mean? I think this Eternal City, while a real magnificent structure, will also be full of heart for Christ just as every bride is full of heart for her groom on her wedding day.

Marriage still matters in all cultures throughout our world, and I find this reality about our days so interesting. Wedding ceremonies continue. Even movies and TV shows build whole plot lines and climaxes around marriages. Weddings are still well-planned and often elaborate events, even in these times when this divine institution has been lambasted as trite and old-fashioned by some.

Every bride and bridegroom points to the Church and Jesus Christ. This is clear evidence of the eternity that the Lord sets in the heart of every person, according to Ecclesiastes 3:11.

Thinking of this Holy City to come is one of the healthiest things we can do, I believe. We should let the Lord fill us with His love for the Lamb, for the Husband of the Bride.

Let’s allow ourselves to be more heavenly minded than ever. This is what our world needs just now.

For more about the New Jerusalem, check out “Coming! A Place Where All is Holy and New,” a message preached by Thomas Schaller, Pastor of Greater Grace Church in Baltimore.