The “How” of Humility 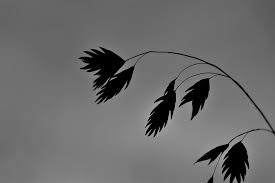 There is peace in being dead.

It is obviously unrealistic and certainly unfruitful that someone dead should try to do anything! Click To Tweet

Oh, the rest and peace in being a dead person, i.e.,  me not trying to die but to simply reckon that I am dead already  and my life is hid with Christ in God.  It is obviously unrealistic and certainly unfruitful that someone dead should try to do anything!  Including becoming humble.  Nonetheless, so many Christians beseech God to make them humble and to make it “stick”, or to give them the gift of humility and not let it ever be removed from who they are.  But such prayers reveal that we are thinking that humility is something that is on the outside of us and either has to be worked into us or has to placed in us as a special quality.  True, in Adam there is not a speck of humility. But in the Lord Jesus Christ it is an eternal, inherent quality which we already possess in Him.  “You are dead, and your life is hid with Christ in God.”  (Col.3:3)  “I am crucified with Christ;  nevertheless, I live, yet not I, but Christ … ”  (Gal.2:20)  “For me to live is Christ” (Phi.1:21).  It simply has to be worked out, or released, through the power of the Holy Spirit, and not by anything we do or don’t do:  “Not by might, not by power, but by My Spirit, says the Lord of hosts.” ( Zechariah 4:6)

He “stripped Himself of all privileges and rightful dignity … to assume the guise of a servant …and was born a human being.”  (Phil.2:7)

Without interruption the Lord Jesus received from the Father.  ” … the Son is able to do nothing of Himself …;  but He is able to do only what He sees the Father doing … ” (John 5:19)  And again, “I am able to do nothing from Myself  [independently, of My own accord – but only as I am taught by God … ]”  (v.30a).  This is humility.  We receive, receive, receive, Grace upon Grace upon Grace (John 1:16), Mercy moment by moment (Lam.3:23).  And this is what we long for, to experience, “to walk humbly before our God” (Micah 6:8).  But how does an inherently proud human being – even a Christian – arrive at the place where he/she is walking as such and making manifest the only One Who is humble?

There has never been a greater display of humility than on the Cross at Calvary.

Finally, we find ourselves broken - a key to manifesting the humility of Christ - by our utter inability to do anything about anything that is wrong in our lives. Click To Tweet

I would venture to say that failure is the gateway to living a life “walking humbly before our God”.  But the falling short must be brought to the right place and dealt with in the right way:  at the Cross, reckoning that all failures, all sin, were paid for there and blotted out by the Blood that was shed there  for every sinner.  But because of layers and layers of pride in our souls,  this reckoning process might have to occur more than just a couple of times in a believer’s life, as the Light of the Word of God exposes “the monster sin” in its various forms in us.  Yet we don’t muse long on how evil and horrible we are,  but rather we go immediately to the Cross, rehearse what He has already done with our sins and agree with His verdict:  “It is finished!”  and reckon that pride buried, gone forever.  This might happen countless times, but finally, we find ourselves broken – a key to manifesting the humility of Christ – by our utter inability to do anything about anything that is wrong in our lives.  At this point we perhaps collapse in His Mercy as our only hope of escaping from our wretchedness.  And there we not only find “good news” but we are soft and malleable enough to receive it!

” … [the sacrifice acceptable] to God is a broken spirit … “

” … a broken and a contrite heart [broken down with sorrow for sin and humbly and thoroughly penitent], such O God, You will not despise.”  (Psalm 51:17)  In fact, God “desires from us a living, spiritual sacrifice of brokenness.” (Dr.Carl H.Stevens);  and He even rewards us with unique degrees of intimacy for such a spiritual sacrifice:  “For thus says … the One … Who inhabits Eternity, Whose Name is Holy;  I dwell in the High and Holy Place, but with him also who is of a thoroughly penitent and humble spirit, to revive the spirit of the humble and to revive the heart of the thoroughly penitent [bruised with sorrow for sin].” (Isaiah 57:15) Still another blessing is promised in Psalm 91:1 to one who will not try agonizingly to atone for his failure or to make himself “better”:  “He that dwells in the secret place of the Most High [‘the place of absolute faith against sight, reason and feelings’, (Dr.CHS)] shall abide under the shadow of the Almighty [Whose power no foe can withstand].” (Amplified)  Finally, I will mention one more (of many more) Divine declaration of personal benefit to a broken believer:  “… this is the man to whom I will look and have regard:  he who is humble and of a broken or wounded spirit, and who trembles at My Word … ” (Isaiah 66:2b)

“Let the humble and afflicted hear and be glad” (Psalm 34:2)

Joseph, favored son of the patriarch Jacob, infuriated his brothers with declarations of visions of future grandeur and of preeminence over them.  The jealousy, envy, and anger in their unregenerate hearts finally culminated in a rage that drove them to sell their brother as a slave and taken into Egypt, where most likely they would never see him or hear from him again …. and they’d be done with his nonsense.  Sin begets sin, and next they concocted a drama in order to “prove” to their father that Joseph had been killed and eaten by a wild beast;  they had the bloodied coat of many colors as “evidence”.  They then lived in this lie for many years, causing much pain to their aging father as well as damaging their own deeply depraved souls.  (Genesis 37)

But meanwhile, Joseph was given as a slave to Potiphar, the chief of Pharoah’s royal guard, with whom he found favor and whose house prospered all the while Joseph was supervisor over it.  But when Potiphar’s wife trapped him and subsequently lied about his rejection of her attempted seduction, he was put in prison.  Yet even there he prospered and gained favor with the prison warden (Gen.39).  Eventually, he was vindicated by God before the eyes of Pharaoh and his household and made to be governor over all of Egypt (Gen.41).  Finally, he was reunited with his brothers and his elderly father and what they had intended for evil God used for the good of many (Gen.42-45; 50:20)

This is worthy of our consideration here because Joseph could have become bitter and unforgiving toward his brothers from the very beginning of their betrayal, all the way to years later when Israel was desperate with famine.  How did Joseph keep his heart soft towards his brothers during his enslavement and his imprisonment, and how did he guard against bitterness towards them at his forced separation from his beloved father?  I can only offer an opinion regarding this, because it is not stated in the Bible, but perhaps it was because Joseph didn’t fight affliction and brokenness but rather was before his God, his fathers’ God, in all of it. Perhaps, too, it was a time for Joseph to search and assess the depravity of his own heart, naked before the One Who knew all.  Perhaps, he let go of trying to vindicate himself, to preserve his dignity and rightful privileges, and just let the Lord fight for him.   Thus, he was sensitive enough to see the Hand of God for him and not against him in Potiphar’s house, and then in the prison, and ultimately in the palace of Pharaoh.  It was enough that his God, El-Shaddai, Jehovah-Jireh,  knew him, was with him and fully aware of  his needs, and that He would perform the things that He had told Joseph;  he wouldn’t have to try to make anything happen or to prove anything to anybody about his innocence.

“Many evils confront the righteous, but the Lord delivers him out of them all.”  (Psalm 34:19)

In Joseph's life and in many others' in the Bible, we see true humility being manifested and lived out before others only after a person sees how utterly poverty-stricken he/she is in his/her flesh without God Click To Tweet

If there had been pride present (and probably there was!)  in Joseph’s heart before his sudden  and seeming misfortune, perhaps the fire of that furnace purged him of it and humbled him.  I believe that Joseph saw the depravity of his own flesh and, like David did so often, went to his God with it.  Instead of trying to keep pride alive, he saw how ugly, detestable it is, in whatever form it is revealed, and also as David did, he perhaps cried out to God to protect him from presumptuous sins and to not let pride have dominion over him (Psalm 19:13).

In Joseph’s life and in many others’ in the Bible, we see true humility being manifested and lived out before others only after a person sees how utterly poverty-stricken he/she is in his/her flesh without God.  The Apostle Paul in Romans 7:14 through 8:1 comforts us with his experience of this process;  and now we, too, can declare with him that it is not us as new creations that sin but rather the sin that dwells in our flesh…which has been dealt with at the Cross. Therefore, we can believe and say with conviction with the Apostle John that “as He is so are we in this present, evil world”, right now! (I John 4:17)  This means that already in us is the humility of Christ, which cannot be gained by self-effort or striving but rather is released through reckoning by faith.

“The Lord is close to those who are of a broken heart and saves such as are crushed with sorrow for sin and are humbly and thoroughly penitent.” (Psalm 34:18)

This nearness of the Lord is a reward for those who will rest in the Love that performed at the Cross all that was necessary for us to be conformed to His image.  If such a magnificent, merciful, all-loving, all-powerful, ever-watchful, all-providing God is for us, who or what can be against us?!  This is indeed Truth that sets and makes us free “to do justly, to love Mercy, and to walk humbly before our God”.