The Identity of Our Image 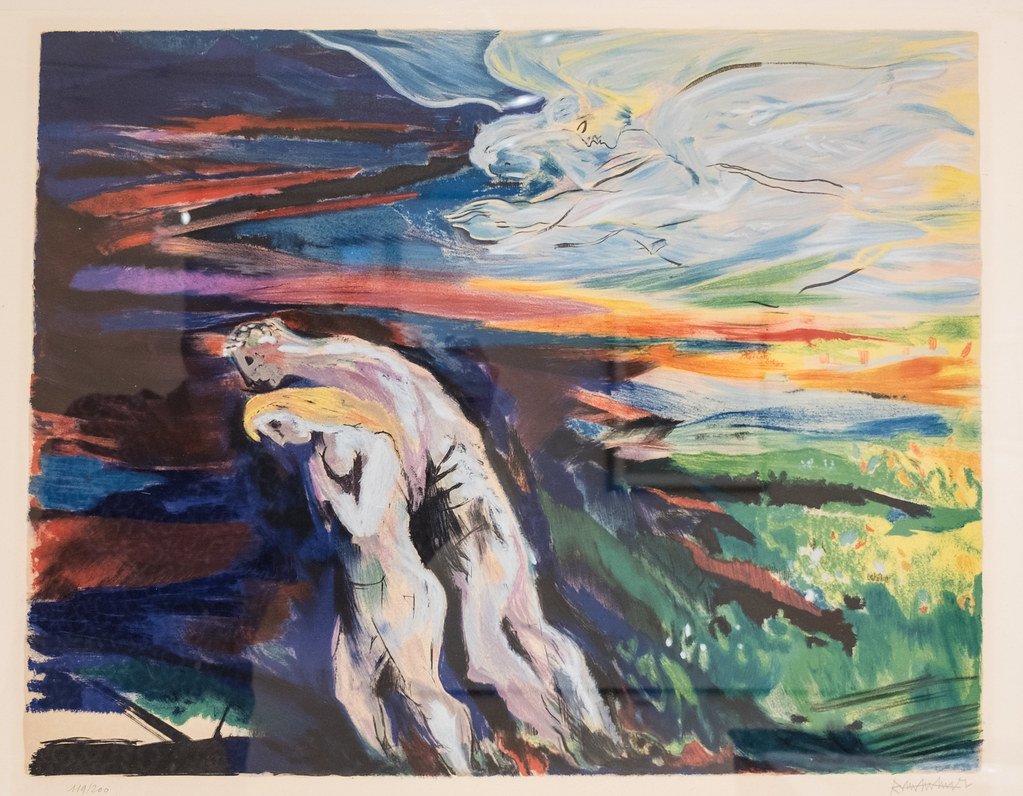 Our identities can be fragile things. Insecurities color the way we see ourselves. Nervousness and anxiety can settle into our hearts when we are confused about who we are.

This is precisely the reason that the first book of the Bible was written. Yes, Genesis includes words from God given to Moses that were to be read to the people of Israel. Imagine the thousands of Hebrews who enjoyed liberty for the first time in their lives. For centuries, they had lived as slave laborers under the harsh rule of Egypt and its Pharaohs.

Then came the day when the Lord answered Israel’s cries for deliverance. Now, these chosen people were out in the wilderness under the headship of Moses, bound for Canaan, the land God had promised them.

Once overworked, overburdened, and kicked around, these people now had time to think. And some of the things they were thinking needed answers.

In Genesis, the Lord explained how things began. The record of Creation is given, of how He spoke things into being, and then formed man from the dust of the earth and woman from the side of the man. When He was finished, God surveyed His handiwork and pronounced it good and very good.

He got right to His definition about human beings. These lines are the ones that should be taken as the foundation of our identities: “… God created man in his own image, in the image of God created he him; male and female created he them” (Genesis 1:27).

We were all made by Him according to His image. He also created each one of us with this definite purpose in mind:  “Be fruitful, and multiply, and replenish the earth, and subdue it” (see Genesis 1:28).

What strikes me from this statement is the order of the words. The arrangement of words is something known as “syntax” to those who study human languages. Word placement indicates significance.

“Be fruitful,” God said. This is the first order of the mission assigned to man and woman. Think of Adam and Eve put into a garden full of trees that bore fruit. How does fruit happen? It grows on the branches of the trees. Trees are full of sap that flows out because what the tree draws from the ground in which they are rooted. Blossoms form on the branches, and then come the fruit that can be taken, eaten, and shared. Within the fruit also are seeds so it might reproduce.

If we carefully examine this metaphor, or word picture, we come to a real measure of understanding about who we are and how we are to live.

In order for us to be fruitful, we must love. Love flows in us. It is the essence of our original image because God is love. Click To Tweet

Metaphor lives large in the communication of the Lord. Jesus spoke in many parables. His words took people to the birds, the flowers, the fields to help them gain wisdom about life in His Kingdom.

Fruitfulness on a relationship level is described in Paul’s letter to the Galatians. “The fruit of the Spirit is love,  joy, peace, longsuffering, gentleness, goodness, faith, meekness, temperance:  against such there is no law” (Galatians 5:22-23).

In order for us to be fruitful, we must love. Love flows in us. It is the essence of our original image because God is love. Adam and Eve were made to love Him and to love each other through sharing and trust. This pattern of living, in accord with God, fully naked in His presence, would be the way man and woman exercised dominion and the way to their multiplication and replenishment of Earth.

And so one of God’s first messages to His delivered people Israel was this one:  man was made to love God and glorify Him with fruitfulness and multiplication. We read further in Genesis and see that man bought into a lie about himself and about God.  The result:  he mistrusted the Word that was spoken to him and took fruit of the Tree of the Knowledge of Good and Evil. This Fall represented man’s first decision of un-love and it set in motion the curse of sin and death that we live under to this day.

The scene of the Fall was under a tree that bore fruit that involved accumulation and ambition rather than sharing and trust. More information, said the serpent, would make them more like God. Feed that need to know was the devil’s temptation slogan and enter into full self-realization.

Man and woman were already “like God” in that they were made in His image. They were already more than the devil could ever be in that they were formed by Him from the dust of the earth and then made living souls by His very breath. And yet they bought the lie and swallowed what wasn’t meant to be swallowed. They became poisoned with pride.

Now all of us in the human race suffer under the weight of insecurity, just as Adam did as soon as he ate the bad fruit. He felt shame and ran to hide himself from the One who loved him and made him.

The key to our healing of this plague has come, however. Christ allowed Himself to be put on another tree, the Cross of Calvary. There, He bled and died for all of our sins. When we receive the mercy extended to us because of Jesus’ sacrifice as the Lamb of God, we are born again. We reclaim the identity that God first conferred upon man made in His image.

Praise the Lord, the sovereign One over all Creation, made a way of redemption. It took time and cost Him dearly – the Son had to live and die to absorb the wages of sin and death. But the Way was opened for us to be restored to our true and eternal identity as bearers of His image, full of the Spirit to shine with the Light of His Glory.

Now life becomes about learning that we are loved by Him, always and forever. This sense of identity moves us to live by the great commandments, as Jesus defined them:  Love God and love our neighbors as we love ourselves. Let us learn to trust Him and His ways and discover over and over that we were made by Him, for Him, to bring Him all the glory.

For more about the subject of our identity, check out this message – Water to Wine – preached by Thomas Schaller, Pastor of Greater Grace Church in Baltimore.