The Lord of All 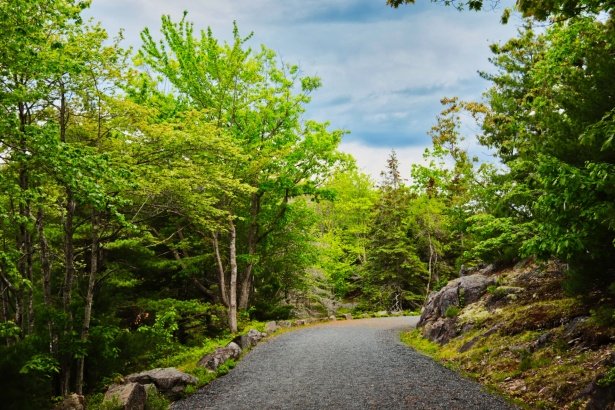 These are the first few sentences of a book written by Spencer Johnson entitled “The Precious Present.” It is the story about a boy’s enlightenment that such a gift exists and then his pursuit of it, without knowing what it was. It is a good read and I will not expose the entire venture, but I will tell you that in the end, the boy found out that The Precious Present is not a thing, but a reality. Between the past and the future resides the present, the immediate moment we are living in. The boy spent each present moment trying to find this precious present that was staring him in the face. Do we do the same thing, chasing after something we already have?

The Greatness of the Cross

The greatness of what Jesus Christ accomplished for each one who believes cannot be overstated! In our acceptance and understanding of what it really means, we join the journey of this boy in finding out that the reality of our faith in what Jesus did gives greatness to our present moments. His accomplishment means that the present moments need not to be preoccupied with the pursuit of something already provided. When Jesus said “It is finished” on the Cross, He was confirming that His sacrifice, His blood was sufficient to satisfy the Father’s justice. As a result, the believer no longer needs to perform for God’s acceptance; it has already been received on the basis of faith.

The Great I Am

When Moses asked God His name in Exodus 3:13-14, “God said to Moses, ‘I AM WHO I AM’; and He said, ‘Thus you shall say to the sons of Israel, ‘I AM has sent me to you.’” The Hebrew word “hayah” translated “I Am” is hard to translate since the ancient Hebrew has no present tense, but some scholars suggest a good translation may be “the Lord [Yah – short for Yahweh] is the Lord”. Hebrews 11:6 may give us insight when it says, “And without faith it is impossible to please Him, for he who comes to God must believe that He is and that He is a rewarder of those who seek Him.” Another clue can be found in John 8:58 when Jesus says, “before Abraham was, I am”. In each case, the Scripture was referring to the Lord in the present tense, the God of the present moment, as He has always been and will always be. In Revelation 1:8, Jesus says, “’I am the Alpha and the Omega,’ says the Lord God, ‘who is and who was and who is to come, the Almighty’.” Before Jesus was, He is.

“On that day, when evening came, He said to them, ‘Let us go over to the other side.’ Leaving the crowd, they took Him along with them in the boat, just as He was; and other boats were with Him. And there arose a fierce gale of wind, and the waves were breaking over the boat so much that the boat was already filling up. Jesus Himself was in the stern, asleep on the cushion; and they woke Him and said to Him, ‘Teacher, do You not care that we are perishing?’ And He got up and rebuked the wind and said to the sea, ‘Hush, be still [be muzzled].’ And the wind died down and it became perfectly calm. And He said to them, ‘Why are you afraid? Do you still have no faith?’ They became very much afraid and said to one another, ‘Who then is this, that even the wind and the sea obey Him?’”  (Mark 4:35-41)

In the above passage, Jesus is asleep in the boat with the disciples in the midst of a major storm. It had to be major since these Galilean fishermen were used to these storms and yet they were afraid of perishing. Upon the realization that the situation was serious, the disciples woke Jesus up and accused Him of not caring that they might die; they only took notice of Jesus when the crisis was at hand. It’s kind of like us. Jesus is in our boat, but we only wake Him up when the serious storm arrives. After solving the immediate need with a miracle, Jesus identified His disciples’ problem as a lack of faith. He demonstrated His deity by getting the weather to obey Him. Jesus was teaching the twelve that He had the ability to do the impossible. The fact is, once we believe that He is and that He is a rewarder of those who seek Him, we can believe that nothing is impossible with God. Jesus is Lord of all and becomes our Lord in the present moment through our faith in His Lordship.

Joined to the Lord

Paul teaches us that one’s relationship to the Law of Moses can undermine his relationship to Jesus as Lord. In Romans 7:1-6, Paul uses the legal relationship of husband and wife to illustrate that the one married to the Law of Moses must die to that Law in ordered to be joined to Christ. In verse 4-6, “Therefore, my brethren, you also were made to die to the Law through the body of Christ, so that you might be joined to another, to Him who was raised from the dead, in order that we might bear fruit for God. For while we were in the flesh, the sinful passions, which were aroused by the Law, were at work in the members of our body to bear fruit for death. But now we have been released from the Law, having died to that by which we were bound, so that we serve in newness of the Spirit and not in oldness of the letter.” It means that allowing the requirements of the Law to dictate one’s relationship with God will “bear fruit for death”. When the believer dies to the letter of the law defined by the Torah and recognizes Jesus as the fulfillment of that law (Matthew 5:17), he enters into a spiritual relationship to Jesus as Lord, defined by “newness of the [Holy] Spirit.”

Paul summarizes this new relationship with the Lord in Galatians 2:19-21 when he says, “For through the Law I died to the Law, so that I might live to God. I have been crucified [perfect passive indicative] with Christ; and it is no longer I who live, but Christ lives in me; and the life which I now live in the flesh I live by faith in the Son of God, who loved me and gave Himself up for me. I do not nullify the grace of God, for if righteousness comes through the Law, then Christ died needlessly.” The Lordship of Christ is experienced by each believer when he lives “by faith in the Son of God,” by acknowledging the reality that he has been “crucified with Christ.” The perfect tense means that it is a divine reality that has future results and the passive voice indicates that the believer is receiving the action of being crucified, along with Christ.

“In that day, ‘A vineyard of wine, sing of it! ‘I, the Lord, am its keeper; I water it every moment. so that no one will damage it, I guard it night and day’” (Isaiah 27:2-3). The reference here is to Israel, but it speaks to every new covenant believer as well. The Lord is not only our sustainer, but also our protector, every precious moment.