The Orphan and the Lamb 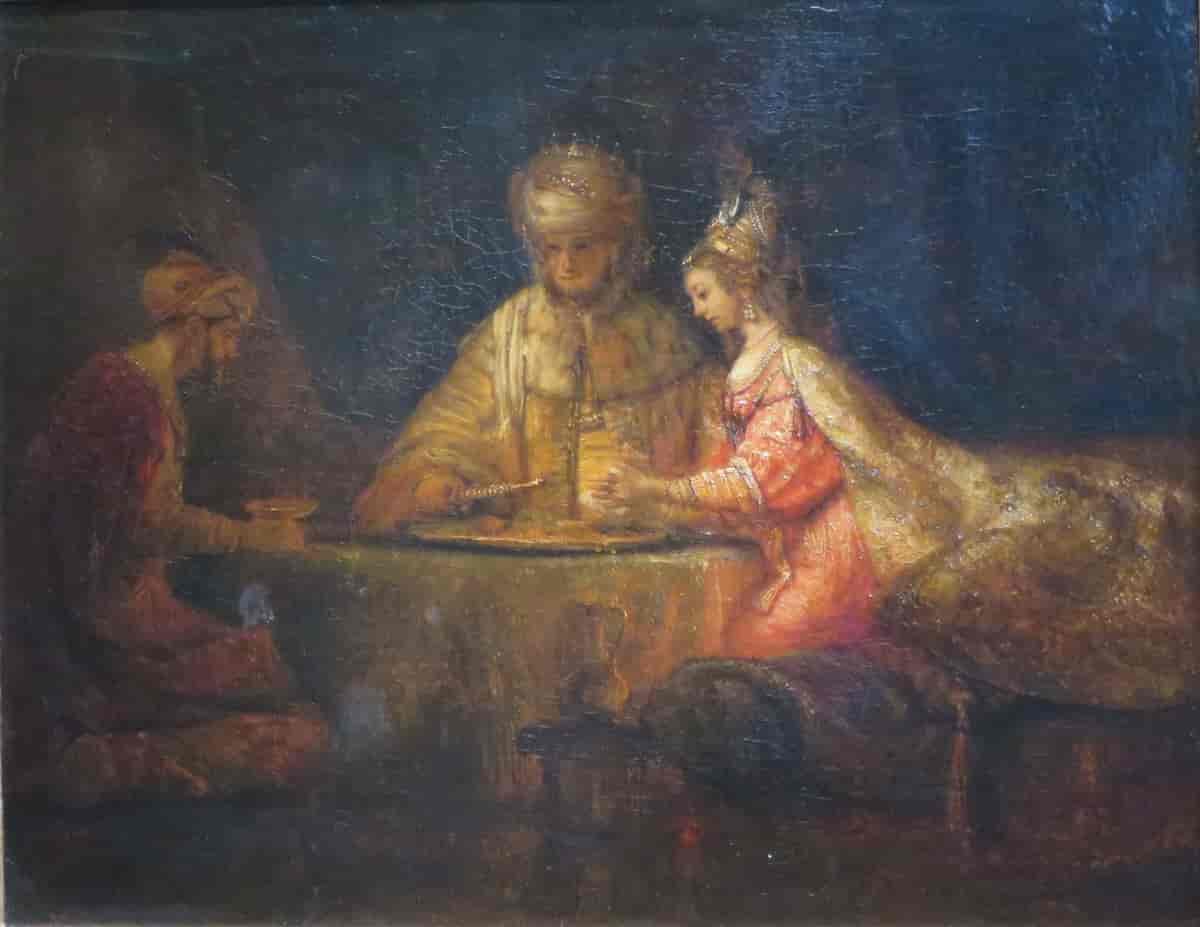 Esther and Job, to me, are perfectly positioned in our Bibles. I consider it no coincidence that they are side by side, for both books say something significant about the nature and presence of evil.

In Esther, we read about the conflict external, the battle that goes on around us in the streets, in communities, in palaces, in the halls of government. The contest is out in the open for the most part; a clear danger presents itself. It is recognized and very much personified.

Job tells of the internal and invisible warfare that goes on in our hearts and in the atmosphere around us. This is recognized as one the Bible’s oldest books and as such it should not surprise us that it introduces Satan, the old serpent, in its opening chapter.

To put it simply, Esther instructs us in the objective, situational reactions to evil plans and practices. Job, on the other hand, points us to the emotional, subjective responses that we can process when we are under attack. By studying these books together, we can gain a real understanding of the outs and the ins of being a believer in this present cosmic world system.

In Esther, evil takes aim at the people of God as a whole. In Job, the devil centers his operation on one upright man. In both books, the presence of the Lord is persistent but also somewhat hidden from view. We read of the characters and their wrestling with circumstances, waiting for God to come through.

I will take this space to examine what Esther has to say to us. In my next writing, we will take a look at Job.

Esther’s events play out in the reality of pagan culture and rule. The lessons here are as relevant for us today as they were for the Jews then.

Persia was a far-flung empire comprised of 127 provinces. It billed itself as a tolerant, diverse collection of people groups. The subjects could worship as they desired. Imperial decrees were supreme and irrevocable. The government encouraged the Israelites among them to return to Jerusalem and financed the Temple rebuild.

Nearly 50,000 did go home to Canaan and to the city of David. The stories of how they reestablished themselves in the “Beautiful Land” are told in Ezra and Nehemiah. There, enemies within and without tried to disrupt the project to remake the worship center and the city connected to it. Still, Jerusalem rose from the dust with its Temple and walls of protection.

Millions of Israel, however, chose to stay where they were, scattered to the four winds as God told them they would be. These Hebrews settled in and settled down into their lives among those who worshipped other gods. And they survived as they served and sought the peace of their cities.

Did God forsake these ones? He did not, and Esther is the book that tells us this. The words here contain not one mention of the name of God. Rather, the text reads as if it was copied right out of the royal records and slapped into the Hebrew Scriptures.

The title figure, Esther, was an orphaned girl being cared for by her uncle, Mordecai, a government worker in the Persian capital Susa. She wound up in the queen’s seat through a wild and unusual chain of events.

King Xerxes was a partier par excellence, and he had thrown one that had lasted for months. In the midst of the rowdy festivities in honor of his reign, he decided to summon his queen to parade her body before his drinking buddies.

This sparked a fit of reaction. The queen was banished and decrees issued declaring that every husband was the king of his castle.

But when the effects of the wine wore off, Xerxes was missing his queen. Mercum, another government worker, organized something of a Miss Persia pageant and young virgins from throughout the empire were rounded up to participate.

A New Queen, an Evil Plot

Mordecai managed to get Esther into the mix. She was bathed and beautified for months and then went for a date with Xerxes. Following her uncle’s orders, she said nothing of her Jewish heritage. Her manner and dignity won the day among the pageant organizers. She also captivated the heart of the king. She, a Jew, was now crowned queen of Persia.

And then things got ugly. There was an assassination plot on the king, a plot that Mordecai discovered and exposed, sending the perpetrators to the gallows in the process. But Mordecai’s deed went forgotten, unrewarded, and buried in the Persian record books.

This opened the way for the promotion of Haman, a wealthy Amalekite and descendant of Agag. He and his people had long hated the Hebrews and now when Mordecai refused to pay him homage, this man hatched his scheme to wipe the Jews from the Empire. Haman’s plan reached the king and got his approval, especially since Haman planned to finance the rampage.

The execution of the Jews was decreed and scheduled. Haman, so sure of his success, even had a gallows built especially for Mordecai.

Where was God? We can wonder as we read.

Look prayerfully and see His hand in the story. He keeps the king from his sleep. Xerxes then reads of Mordecai’s heroism and purposes to honor this Jew. And who must arrange the parade for Mordecai? Why, Haman gets the assignment.

Mordecai, meanwhile, had sent word to Esther about Haman’s plans and told her to approach the king. An unbidden visit to Xerxes was punishable by death. Only one summoned could go to him. Esther expressed reservations at first, which her uncle rebuked – “Perhaps, you have been born for such a time as this,” he told her.

Esther heard this and put her life on the line. But, first, she called her maidens to a season of prayer and fasting. She told Mordecai to tell the other Jews in Susa to do the same.

God worked in and through this queen and a triumph came for His people. It was Haman who wound up on the gallows.

The Esther story forms the basis for the Jewish feast of Purim, a time of hysterical celebration because of the God who saves. It is second only to Passover in its status among the Hebrew people.

This story should awaken us all in thinking of the Lamb and of how the Lamb saves from death. Esther, just an orphaned girl, put herself in the place of intercession, just as Jesus did centuries later.

She wondered if she would be able to do what was needed to be done. Jesus, too, in Gethsemane asked if “the cup could pass Him by.”

Today, in an increasingly hostile culture, the Lord needs just a few men and women of conscience and courage to stand fast for Him. Click To Tweet

What’s the message that we can take from this as Christians? It is this: “…nothing can hinder the LORD from saving by many or by few” (1 Samuel 14:6). These words were spoken by Jonathan to his armor bearer as they faced a crowd of Philistines. God gave that duo a dynamic victory.

Today, in an increasingly hostile culture, the Lord needs just a few men and women of conscience and courage to stand fast for Him. Our prayers, our obedience will flip the narrative. Enemies shall find themselves in the pits they’d dug in arrogance and agitation.