The Power of a Pebble 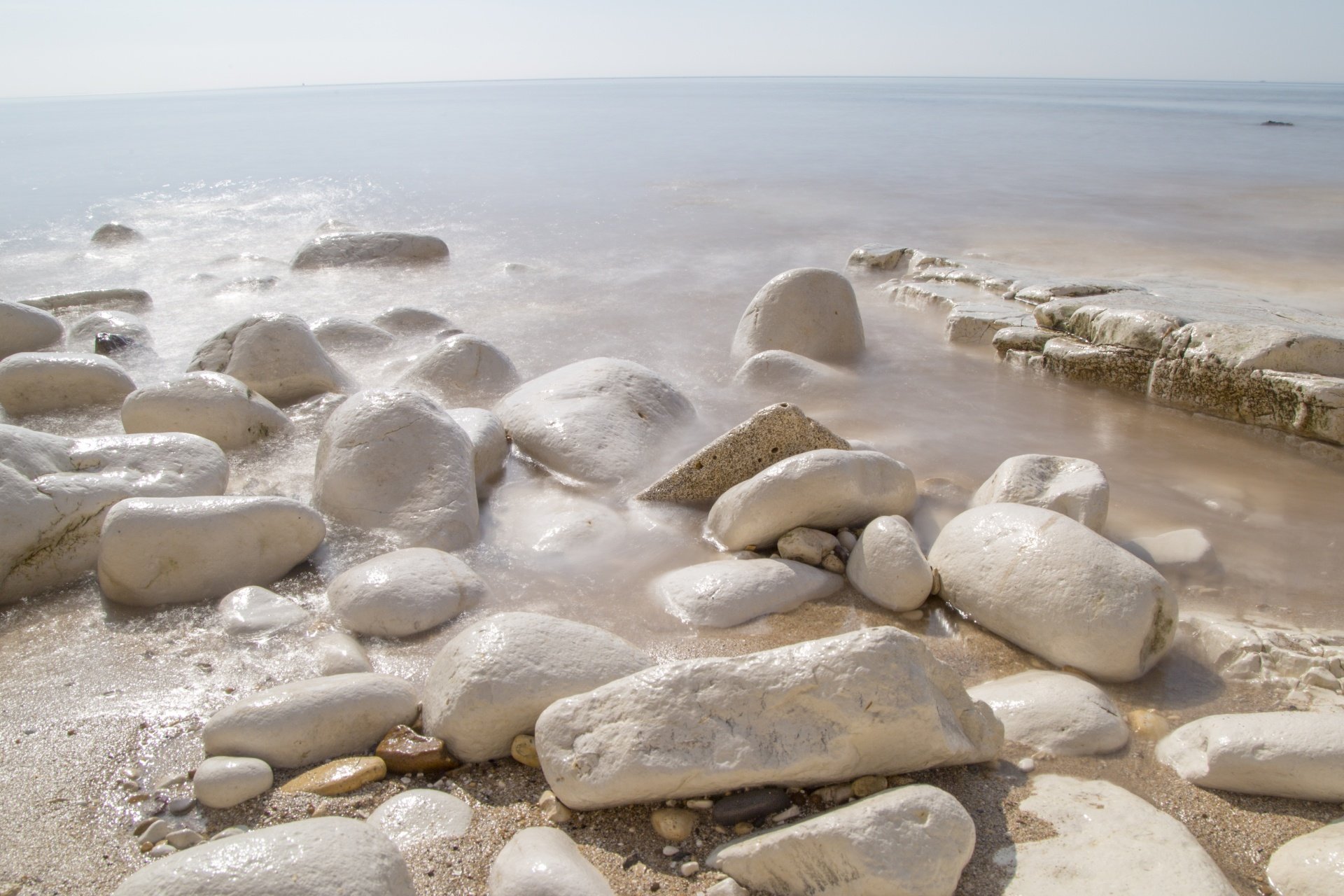 Stones are lively, livelier than we think they are. We know this in one way because of the words of  Peter, an Apostle of Christ.

Simon met Jesus, at the insistence of his brother Andrew. These fishermen were being introduced to the Lamb of God. He was pointed out to Andrew and John by John the Baptist, the preacher who had turned them toward the Lord. We read about this in the opening chapter of the gospel of John. The moment the Savior saw this man, He was compelled to change his name.

Simon then became known as “Peter,”  the name given to him by Jesus. It is a form of petros in Greek, meaning a stone. So Peter came to think rather fondly of stones. In his first letter, Peter made reference to believers as the “lively stones” who come together to form a spiritual house of holy priests (1 Peter 2:5).

Stones have stories to tell us. We discover this reality throughout the Bible.

A Rock That Heard

Some stones serve as witnesses. Joshua set up a stone and told the Israelites that it had heard and recorded all that he had instructed them about the Law of God given to Moses (see Joshua 24:26-27). “Forsake the way of the Lord and this stone will testify of it,” he told the people.

“The rocks will cry out,” Jesus told this to the religious leaders as He was hailed with hosannas and proclamations as Him as the Son of David. Children led the praises that day and these adults were displeased, “Tell them to shut up with such shouts,” they implored Jesus.  “I tell you, if these were silent, the very stones would cry out” (see Luke 19:40).

One stone we know of became a weapon in the hand of the mighty God. Click To Tweet

One stone we know of became a weapon in the hand of the mighty God. That’s what we see in 1 Samuel 17 when David came to face Goliath. This stone became a giant slayer.

What could that stone tell us if he was given a voice?

Let’s imagine it. I mean it isn’t too much of a stretch. After all, a donkey was made to talk to give rebuke to the soothsayer Balaam in the book of Numbers.

Slung at the Giant

Here’s how I think this one smooth stone would explain how he helped deliver Israel by the hand of David:

Never underestimate the power of a pebble. That’s what I am here to tell you. I was once at rest in the stream bed near the valley of Elah. The cool waters were flowing over me then. This happened from time to time in these parts, it was the most pleasant time for myself and the other pebbles there.

Dry seasons stretched into droughts over the years and we had all been thoroughly baked by the sun. During these days, armies from the kingdoms in the neighborhood strode over us. Hooves of heavy war horses outfitted with their battle gear pressed us deeper into the desert dust. We felt crunched at times.  Brittle bits and sharp edges were nicked away. As a result, some of us became less and less jagged.

Nothing, however, worked on us as well as the waters. And what an enjoyable, pleasant work that was for us. The skies would grow dark with clouds. This phenomenon may strike fear in humans, but for us in the dust of a dry stream, the sight of storm clouds is a cause célèbre. Thunders sound and the lightning flashes, letting us know that the flow would soon be upon us. A respite was coming from our time in the oven of Judea.

The lives of stream stones are different from those of the river rocks. A river’s flow is constant for the most part. Rivers rise and fall, for they are fed by the snows and showers that are consistent in the highlands. Streams come and go with the rhythm and rhyme of the weather patterns at the surface of the earth. In short, we suffer more exposure. But this makes us more ready for the work of the water, I think.

There was much activity in Elah valley in those days. We could sense the stomping of soldiers’ feet. Even under the water, we heard muted trumpet sounds and angry shouts. Every day now, a loud, deep voice caused something of a ripple across the stream. We could not make out what was being said, but it just felt onerous.

I was just resting there — smooth and content — when a hand reached for me. Just like that, I was out in the sun again, held between the fingers of a boy, an older boy — a teenager. He hummed and sang as he gazed at me and a few of my fellow stream stones.

“Smooth and perfect,” he said, tossing five of us into his pouch. It was then that we noticed the scent of sheep. This was a shepherd who had fetched us from the water. What would a shepherd want with pebbles like us? Perhaps he was going to use us in some sort of game that would help pass time as he watched over his flock.

Within moments, this boy was on the run — a full-on sprint. He was running toward something, we knew not what. His hand took hold of me and slapped me into his sling. He twirled me about over his head as he ran.

It was then that I could see the giant. He smirked and guffawed at the boy coming at him. This agitated warrior shouted at the sky, as if he calling down curses upon his fleet-footed adversary.

“I come to you in the name of the Lord of host, the God of Israel,” shouted the shepherd.

He finished those words and let me fly. His aim was straight and true. This smooth stone was speeding right toward the forehead of the giant.

Sparing you the gory details of Goliath’s death, this is how the story of the stone from the stream plays out in my mind. Made ready by the sun and the heat and the waters, he was outfitted and equipped for the challenge of life.

May we all become as this stone.