The Power of an Eternal Viewpoint 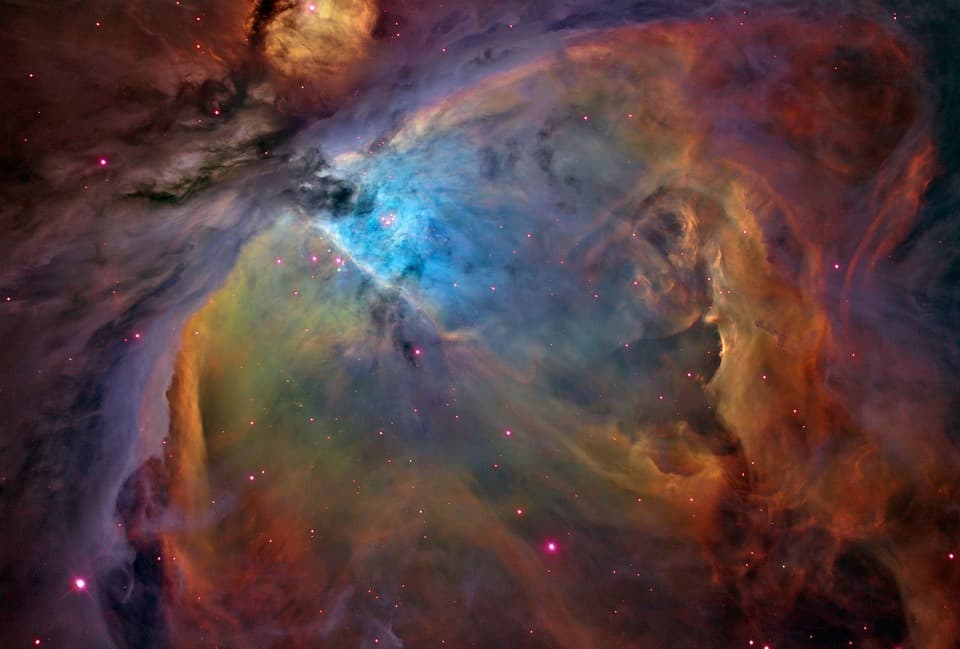 I remember the night I saw the Lord. It wasn’t a vision that I encountered. Jesus did not stand before me. He did not come to me in a dream.

I guess that what I am talking about is the evening that I really sensed the presence of God. That night the eyes of my heart were opened to who He really is and to the degree to which He really loves me.

It happened at the conclusion of a movie night at Middle River Assembly of God outside Baltimore. We watched a film on Christ’s coming. Next to me was a grandmother. She touched me on the arm and prayed for me throughout the movie. The film concluded with an invitation. I went forward and dropped to my knees. I came to Jesus and found His rest.

It marked an end and a beginning. A crazy series of wild and strange and discouraging experiences had brought me to see the Lord for who He really is.

There had been other God-present moments before this one, moments of preparation is how I think of them. One of these times came while I was reciting the Apostles’ Creed in the middle of a Catholic mass. Hundreds were there with me, saying the words in cadence. Together, we proclaimed that “We believe in God, the Almighty. …”  I was focused on the words, and it suddenly got very bright in my area of the pew. A stirring was going inside me. I turned to the woman next to me and wondered if she had seen it. She had her eyes closed tight and continued to mouth the words.

I was just 16 at the time. I wasn’t sure what all of this meant for me. It really didn’t make sense to me until that night at Middle River Assembly.

A King’s Death, a Fresh Look

There’s a Bible story about a man who saw the Lord, and I think his experience was something like mine. I am talking about the prophet Isaiah. This man spoke for God during the reigns of four kings – Uzziah (also known as Azariah), Jotham, Ahaz, and Hezekiah.

His ministry began when the divided kingdom of Israel was under siege. The territory of the northern-based tribes, confederated under kings who ruled from Samaria, was under occupation. The Assyrians invaded and began to resettle the people to other parts of their realm.

Judah, however, managed to maintain a fragile independence. This was due to the wise and skillful rule of Uzziah. His public works projects made water flow through the land and into the city of Jerusalem. Described as a man of the soil, this king also crafted agricultural programs that kept his subjects fed.  Fortress towns were developed and equipped with advanced weaponry. Arrow-slinging and stone-throwing machines provided a strategic advantage.

Uzziah’s strength went to his head, however. He strode into the Temple, took a censor in hand, and thought to enter the role of priest in making an offering. He was withstood and grew angry at the priests’ opposition.  Turns out, the king was sick with rage. Leprosy broke out upon his brow. It was the last time Uzziah would set foot in the house of God. Trembling, he was hustled away to “a separate house.” He lived out his days there, while Jotham, his son, exercised the administration of the government.

Despite these things, the death of Uzziah left Isaiah in sorrow and anxious over the future of his people. He understood what had happened to the northern tribes. He recognized the same patterns of idolatry at work around him. Assyria tightened its grip on the nations that surrounded Judah. Jerusalem was the only capital city yet to fall. Uzziah’s careful ways had done much to preserve the throne.

How long before captivity would come to this part of Israel?

Isaiah mourned and waited on the Lord. His strength was renewed in a marvelous way as we read in Isaiah 6. God brought to the prophet an eternal viewpoint. Isaiah saw the Lord, “high and lifted up, and the train of His royal robe filled the Temple.”

Taken up yonder, the prophet got a picture of sovereignty. God, on the throne, and His righteousness filled the place. Seraphim hovered above and they spoke this message:

As the train of the Lord’s robe filled the Temple, so His glory extends through the earth. He is high and lifted up, worthy of all praise.

As the train of the Lord’s robe filled the Temple, so His glory extends through the earth. He is high and lifted up, worthy of all praise. Click To Tweet

The vision stupefied Isaiah. He trembled, for he knew himself to be undone and unclean. His confession was answered in mercy with a touch of fire.

“Then flew one of the seraphim unto me, having a live coal in his hand, which he had taken with the tongs from off the altar: And he laid it upon my mouth, and said, Lo, this hath touched your lips; and your iniquity is taken away, and your sin purged” (Isaiah 6:6-7).

The story continues with Isaiah hearing the Lord aloud ask this question, “Whom shall I send? Who will go for us?”

Fearful no more, Isaiah presented himself as ready: “Here am I, send me.” The vision of the throne restored vision to the prophet’s heart.

“Go and tell …” the Lord would say to him. Isaiah would indeed do this. He would live and preach through the reigns of three more kings, including the wicked Ahaz and the tenderhearted Hezekiah. Some Jewish sources outside of the Bible say Isaiah also prophesied in the days of Manasseh and was sawed in half for delivering a message of judgment.

God wants us to look to Him – He wanted me to look to Him. And, He made it happen. One old-time preacher said it this way:  the answer for a bad outlook is to let the Lord give us a fresh up-look.

Our world is a turbulent one. The heathen rage, the people imagine more and more vain things. Still, the Lord sits where He sits. He is fully in control. He has planned for an expected end – a grand finale.

See the Lord. He is in the pages of our Bible. May the Spirit lift our eyes to Him.

Go up on the roof.

“Better to live on the corner of the housetop than in a wide room with a brawling woman.”  These exact words appear twice in Proverbs 21:9 and 25:24. We can give ourselves too much space. The result is constant battle. The narrow way, the corner spot, the place above – God has shown us that this where we can see life as it really is.