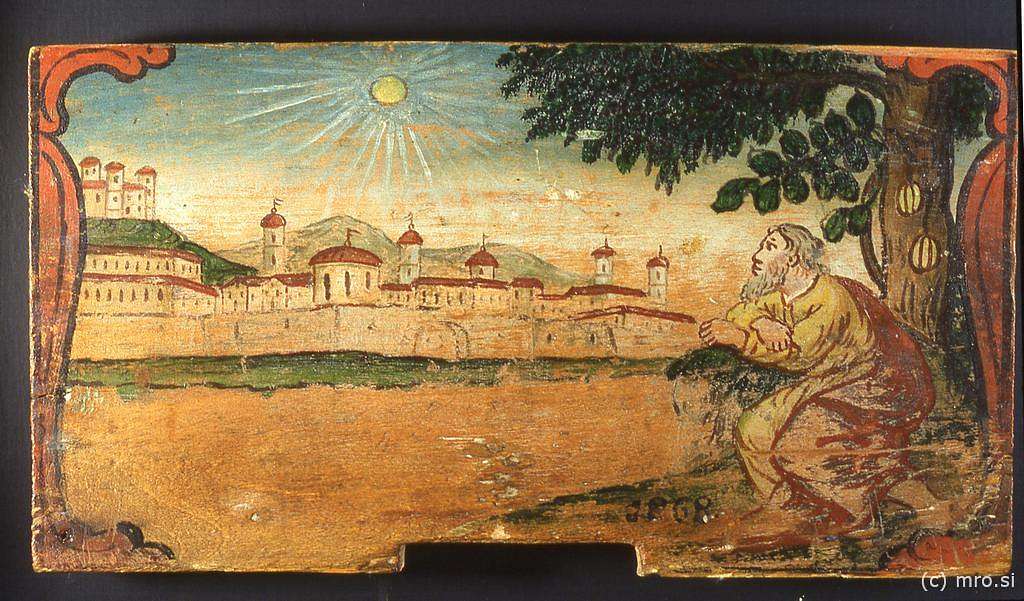 In 2 Peter 1:21, Peter tells us that, “for no prophecy was ever made by an act of human will, but men moved by the Holy Spirit spoke from God.” This verse teaches that the human writers of the Scriptures did not receive their words by some method of dictation, but the truths they spoke of were ingested into their lives organically and the result was that each one provides a distinct perspective on the truths they report. For evidence of this, we need only to look at the differences in reporting of and emphasis for the same or similar events of the four gospels.

Abraham Heschel wrote two amazing books entitled “The Prophets I & II.” In them, he examined the biographies and writings of a number of Old Testament prophets to ascertain a description of their “consciousness”, as they reported the thoughts of God which resulted in Holy Scripture. According to his introduction, “The inquiry, then, was aimed, not at psychological motives to be looked for in the pre-prophetic background of the prophet’s life, but at motives which are consciously given, even if not explicitly stated. …” The uniqueness of each writer’s experience and mindset provide the rich canvas upon which God delivers His truth and character to those who feed on the Scriptures.

One of the most notable of these Old Testament prophets is Jeremiah, who warned Judah over and over again of God’s judgment with little positive response from the people. Their rejection of his messages weighed heavily on his temperament and his entire public ministry as he became known as the weeping prophet. In fact, his second writing is entitled, “Lamentations,” crying out to God on behalf of a fallen people. We find some of these emotions expressed in Jeremiah 20 where he is brought by God into His lamentations for His people.

“O Lord, You have deceived [enticed, seduced]me and I was deceived; You have overcome [raped]me and prevailed. I have become a laughingstock all day long; everyone mocks me. For each time I speak, I cry aloud; I proclaim violence and destruction, because for me the word of the Lord has resulted in reproach and derision all day long. But if I say, ‘I will not remember Him or speak anymore in His name,’ Then in my heart it becomes like a burning fire shut up in my bones; and I am weary of holding it in, and I cannot endure it. For I have heard the whispering of many, ‘Terror on every side! Denounce him; yes, let us denounce him!’ All my trusted friends, watching for my fall, say: ‘Perhaps he will be deceived [enticed], so that we may prevail against him and take our revenge on him.’” (Jeremiah 20:7-10)

God’s passion, His pathos toward His own in anticipation of their coming exile in Babylon produced a shared emotion on behalf of His prophet in identification with the Lord’s desire to save them from their impending losses. Those shared emotions created this dilemma inside and produced unexplainable conflict. In verse 7, Jeremiah accuses God of seduction and rape in getting him to continue the Lord’s ministry in spite of severe rejection. The only message he has for them is gloom and doom. In response to this dilemma, Jeremiah contemplates keeping quiet, but then acknowledges that in his heart “it becomes like a burning fire shut up in my bones; and I am weary of holding it in”. Although he expresses his own desire to be quiet, the pathos of God would not allow it. The prophet was recognizing that the Lord’s heart for His people overruled his own internal conflict.

A further expression of this dilemma is found in Jeremiah 25:15-16, “For thus the Lord, the God of Israel, says to me, ‘Take this cup of the wine of wrath from My hand and cause all the nations to whom I send you to drink it. ‘They will drink and stagger and go mad because of the sword that I will send among them.’” The prophet’s connection to the heart of God is an all-encompassing one; it is likened to eating and drinking (see Jeremiah 15:16), some of the basic necessities of human life. The man of God recognizes that rejection by even friends is to be expected when operating under the passion and purposes of God. After all, He is the one who sees the end from the beginning (Isaiah 46:10).

Then the word of the Lord came to me, saying, “Thus says the Lord, ‘Just so will I destroy the pride of Judah and the great pride of Jerusalem. “This wicked people, who refuse to listen to My words, who walk in the stubbornness of their hearts and have gone after other gods to serve them and to bow down to them, let them be just like this waistband which is totally worthless. “For as the waistband clings to the waist of a man, so I made the whole household of Israel and the whole household of Judah cling to Me,” declares the Lord, “that they might be for Me a people, for renown, for praise and for glory; but they did not listen.” (Jeremiah 13:8-11)

God’s command to Jeremiah in Chapter 13 began with, “Go and buy yourself a linen waistband and put it around your waist, but do not put it in water.” Afterward, He told the prophet to hide the waistband in the cleft of the rock, most likely in Parah. Jeremiah is then commanded to go and dig up the waistband and finds it ruined and totally worthless. The Lord was Illustrating to Judah that so long as they were attached to the Lord through the waistband (public ministry, teaching) of Jeremiah, they would be protected. But once they rejected Jeremiah’s waistband, they would be rejected by the Lord. The waistband had to be first worn by Jeremiah, speaking of the ministry of the Lord through Jeremiah, the waistband worn around the midsection to signify the essence of the man. So long as the people listened to the Lord as revealed through the life of Jeremiah, they would be accepted. But that is not how things turned out.

But the Lord is with me like a dread champion[mighty warrior]; therefore, my persecutors will stumble and not prevail. They will be utterly ashamed, because they have failed, with an everlasting disgrace that will not be forgotten. Yet, O Lord of hosts, You who test the righteous, who see the mind and the heart; let me see Your vengeance on them; for to You I have set forth my cause. Sing to the Lord, praise the Lord! For He has delivered the soul of the needy one from the hand of evildoers. (Jeremiah 20:11-13)

The world in which man occupies is controlled by “the prince of the power of the air” who has his own agenda and manages his own system (cosmos) apart from the will and purposes of God. Therefore, the environment in which the believer operates is in opposition to the world just as the Spirit is in opposition to the flesh (Galatians 5:17). The believer has a mighty warrior on his side to be defender and He is the One who rights all that is wrong. The world presents all kinds of trials and tests that the Lord uses to try men’s hearts for His purposes and to “deliver the soul of the needy.” It represents the integration of God’s life within man (theantric action) to expose wickedness wherever it is found.

Partakers of the Divine Nature

The last and greatest of Israel’s prophets was John the Baptist. His public ministry as the forerunner of the Messiah was short-lived, but it presented to the Jews of Jesus’s day the integration of God’s life into a man’s life in a profound way. According to Matthew 3:4, he wore “a garment of camel hair and a leather belt around his waist, and his food was locust and honey.” He lived a wilderness life, apart from society and was used mightily to bring many to repentance of sin through baptism in the Jordan River. I know some believers with this same spirit and commitment to the divine cause. They have consciously forsaken even the simplest of worldly benefits for the divine cause. They have embraced the higher life without regret, and they are experiencing theantric action. Pastor Carl Stevens, who coined the phrase, defined theantric action as “the fulness to overflowing of God’s divine nature in the human vessel which is surrendered to the plan of God.”

After John’s imprisonment, he sent word to Jesus through the disciples with a question, “Are You the Expected One, or shall we look for someone else?” (Matthew 11:3). Jesus’s response was to have his followers tell John the miracles they observed. He then spoke these words in verses 7-11,

“What did you go out into the wilderness to see? A reed shaken by the wind?  “But what did you go out to see? A man dressed in soft clothing? Those who wear soft clothing are in kings’ palaces!  “But what did you go out to see? A prophet? Yes, I tell you, and one who is more than a prophet.  “This is the one about whom it is written, ‘BEHOLD, I SEND MY MESSENGER AHEAD OF YOU, WHO WILL PREPARE YOUR WAY BEFORE YOU.’ “Truly I say to you, among those born of women there has not arisen anyone greater than John the Baptist! Yet the one who is least in the kingdom of heaven is greater than he.”

John the Baptist was more than a prophet and he paved the way for all those who wish to be greater in the kingdom by seeking the higher life. The believer’s connection to this higher life is related to his relationship to Calvary’s cross. The Apostle Paul defines it this way in Galatians 2:20, “I have been crucified with Christ; and it is no longer I who live, but Christ lives in me; and the life which I now live in the flesh I live by faith in the Son of God, who loved me and gave Himself up for me.” The cross connects the believer directly to Christ’s life, His attitudes, His priorities and creates a heart of service for His will. The higher life is the result of a believer partaking of the divine nature (2 Peter 1:4).