The Proud Look and Our Concept of God 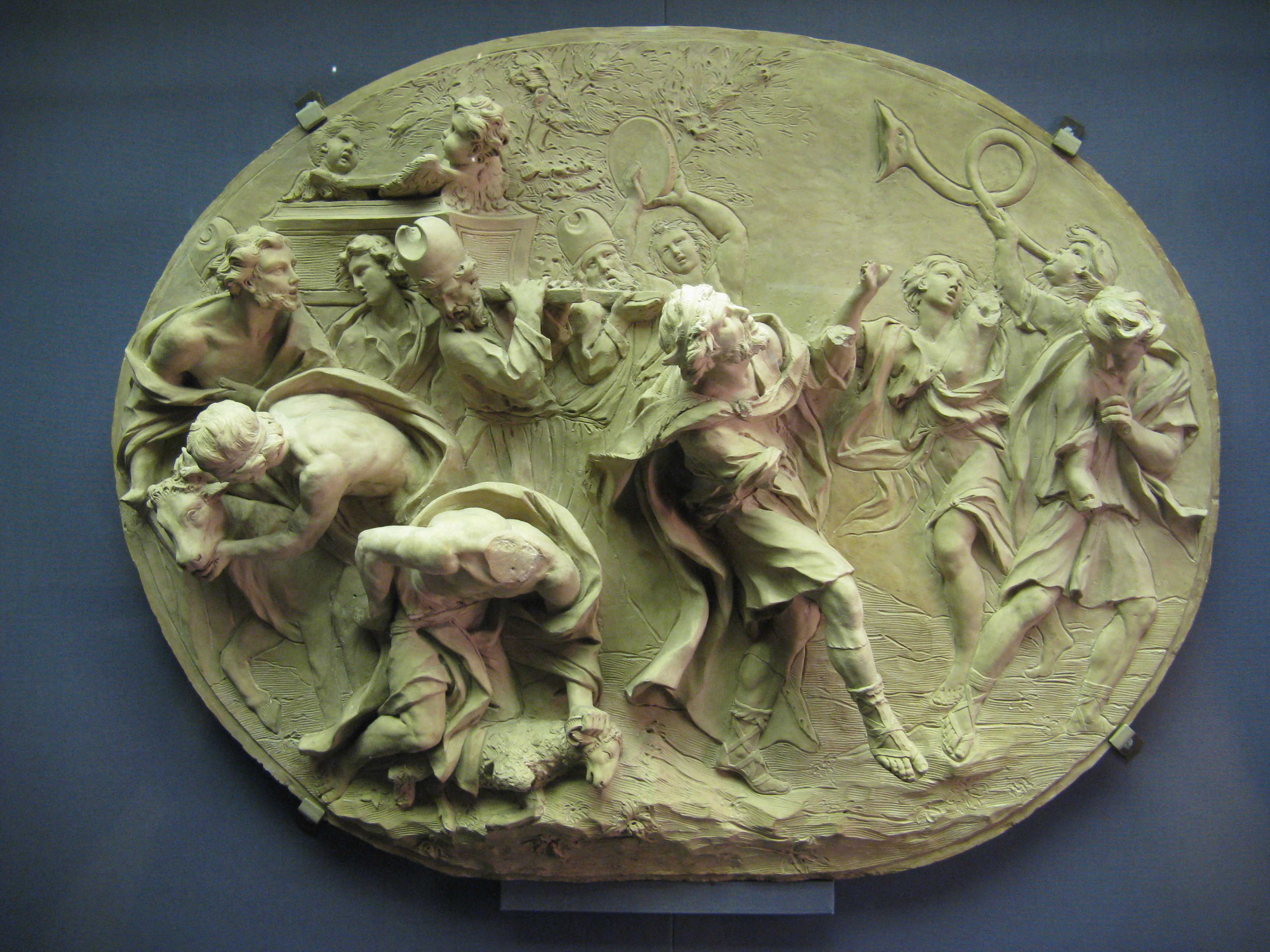 “These six things doth the LORD hate: yea, seven are an abomination unto him:

“A proud look, a lying tongue, and hands that shed innocent blood,

“A heart that deviseth wicked imaginations, feet that be swift in running to mischief,

“A false witness that speaketh lies, and he that soweth discord among brethren”

Here, we read about the things that God consider as abominations. There are seven listed and they are in a particular order. The first thing listed is “a proud look.” It makes sense that this comes right away for all the other things are related to that first instance of pride in the heart.

We see proud looks in the Bible. Phineas, in 1 Samuel, watched Hannah as she poured out her heart in silence at the Tabernacle. She’s childless and mocked for it in her home. There, at the altar, she begged The Lord to give her a son. The high priest looked at her and thought she was a “drunk woman,” rebuking her without knowing the facts of the matter. Meanwhile, Phineas was a detached father who stood idly as his sons turned the Tabernacle into their personal playground with fornication and corruption. Within a couple years, Phineas’ sons will be dead and Hannah’s firstborn son, Samuel, will be leading the nation of Israel.

Michal was one of King David’s wives, a daughter of Saul who once helped save her husband’s life. The king brought the Ark of the Covenant back to Israel and to its new capital, Jerusalem. It had gone missing from its central place in the nation when Phineas’ sons lost it in a battle with the Philistines. Now the Ark, representative of the presence of The Lord, was being set up in David’s backyard.

The sight of the Ark in Jerusalem brought rejoicing throughout the city and David was unrestrained in his excitement. He danced wildly and mightily in his linen gown. It was a sight that stirred contempt in Michal and she told David as much, chiding him for making such a spectacle of himself before his subjects. David was far from chastened; he declared that he did what he did unto The Lord. As for Michal, her disdain and bitterness ran so deep it deadened her womb. She would bear no children for the King.

Michal had an issue with David’s worship style. It was too free for her. All she saw was how others might see her in the light of her husband’s joy. Her words were the product of her pride, revealed as a proud look. What was the real issue? Perhaps, she envied David’s relationship with God. Maybe she desired the kind of intimacy the king experienced with Him in prayer and praise, but for all the wrong reasons, such as admiration and popularity. Michal’s hardness seems to have gotten the better of her. There is no more to read of her story. I would like to think that Michal’s barrenness spoke something into her, that at some point she would go before The Lord as Hannah did in her barren condition.

I have done this and have given in to proud looks. I have watched people enjoy themselves in The Lord and criticized their doctrine, their leadership style, and their habits outside of church. It is the outgrowth of a root of bitterness and it has led to some serious chastening as God dealt with my issues. I am learning to be aware of these thought patterns and the conversations they sometimes trigger. Contemptuousness wriggles inside in subtle ways. The Spirit works to expose these things to us through our Bible reading, our closet life, and the pulpit we sit under. The ability to discern instances of prideful thinking represents a great mark of maturity.

Even the Apostles were given to proud looks. In John 9, the disciples ask Jesus about the man born blind. “Rabbi, who sinned, this man, or his parents, that he should be born blind?” In effect, asking, “Who’s responsible?” The concept of karma rests on this basic premise, a sort muscled up spin on the. Galatians 6 principle: “Whatsoever a man sows, he shall also.” Hinduism and Buddhism take this even farther with reincarnation. Something done in a past life determines a person’s status and standing in his present.

Who’s at fault for the blindness plaguing the man in the gospel of John? The disciples wanted to know. The answer Jesus gave surprised them. “Actually, this man is the way he is so that the glory of God might be revealed.”

The essence of a proud look is really a low concept of God and a sense of superiority in oneself. Click To Tweet

In effect, Jesus was saying that the man was blind because of them. They needed him blind so that Christ could build their faith by opening his eyes. This group of Jesus’ closest associates, His “A” team, the students in His itinerant “Bible College,” were still somewhat dull to hearing the heartbeat of God. These guys also wanted Jesus to shut down a preacher because he wasn’t “one of us.” Jesus said whoever is for Me is not against Me.

The essence of a proud look is really a low concept of God and a sense of superiority in oneself. We elevate our reasonable mindsets above the heart and Spirit of God. We think the Lord sees things the way we do. He, in fact, sees all sides of every issue at all times. He alone has the total picture of life before His Face.

Vengeance is not ours; it belongs to the Lord alone. Our subtle ways of criticism and punishment do nothing to further the purposes of God. Read the Bible and see the evidence.

Saul was envious, moody, and murderous toward David. David had killed Goliath and saved the nation from the Philistines. David had strummed his music and drove away the evil spirits plaguing the emotions of the king of Israel. And, yet, Saul sought to kill David, his most capable and loyal soldier. Twice Saul tried to spear him. Then the king hunted this shepherd boy through forests and fields and around cliffs and into caves.

On two occasions, David had opportunity to take Saul’s life and end his misery. David could not do it. Saul had the anointing of the Lord on him. Even though this king behaved in a most ungodly manner, David looked beyond this to the hand of God. He would not exercise his perceived “rights” to belittle and destroy one God had chosen.

Saul did die a horrible death by his own hand on the battlefield. Did this cause David to rejoice and throw a party? It did not. David mourned over the man who had tried to hunt him down. His lament is recorded in 2 Samuel 1:19-27. In the verses, David refers to Saul as “the glory” of Israel, a mighty man “beloved and lovely.” He implored the daughters of Israel to weep for this fallen king. He also urged the people to keep quiet about Saul’s death and how it happened. “Tell it not in Gath, publish it not in the streets of Ashkelon, lest the daughters of the Philistines rejoice, lest the daughters of the uncircumcised exult” (2 Samuel 1:20).

We of the Church would do well to consider these instructions of David when addressing the faults and failures of brothers, sisters, fathers, mothers, leaders, and servants. There can be too much talk about wrongs that need to be righted and views and practices that may need to be corrected. Many are put on trial in the illegitimate court of righteous opinion.

“Tell it not … publish it not.” These sayings must become part of our vocabulary.

Do we see God as big enough to discipline His own after His own heart and mind?

Can we commit the ones who have wronged us to the One who has all knowledge, all power, and all vision?

Do we trust God to do what’s right for His purposes that are ordered to bring Him all glory?

Our puny pronouncements and categorizations of people serve to sow bitter seeds where we can least afford them – in our deceitful human hearts. If we embrace weeds of resentment and unforgiveness, these malignant growths crowd out the healthy fruits of grace, mercy, and love.

Really, there is too much to do. We have prayers to pray, songs to sing, messages to deliver, and souls to win. May God lead us to put away proud looks and seek His Face.

“By this all will know that you are My disciples, if you have love for one another” (John 13:35).

For more about our view of God and His work, watch “Needed: A High Concept of God,” a message by Thomas Schaller, pastor of Greater Grace Church in Baltimore.