The Resurrection and Things to Come 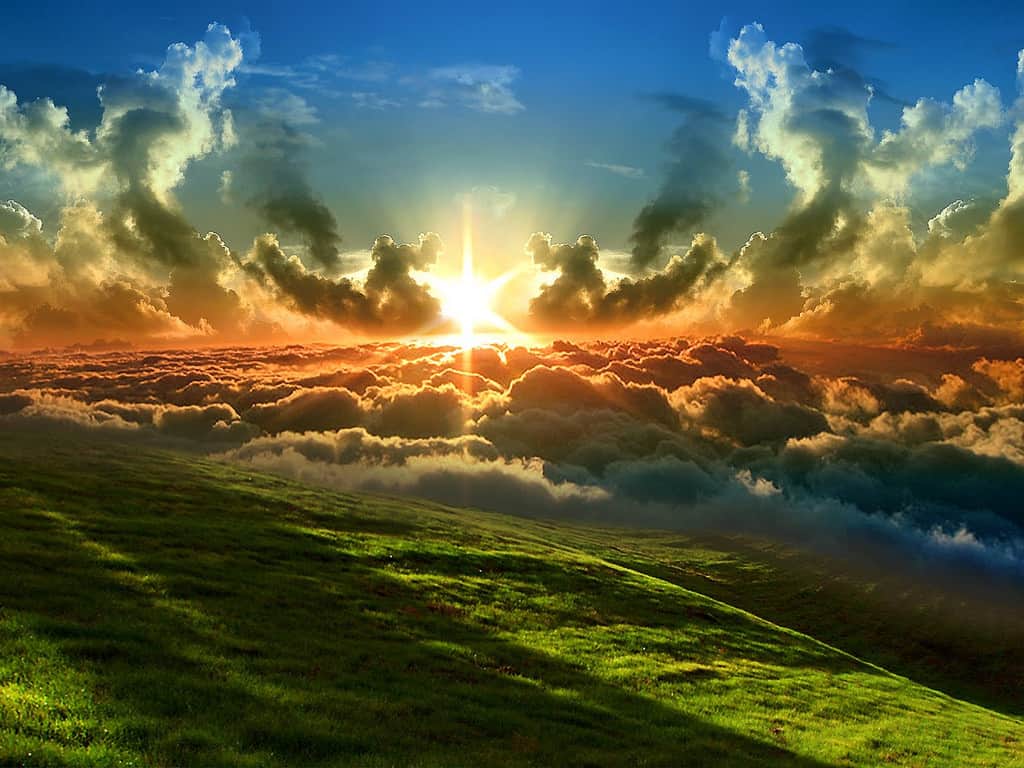 The grave could not hold Jesus. His crucifixion was unlike anything ever seen. The response of the Roman soldiers indicates this as we read the gospel accounts. His death at Golgotha was only the beginning, however. What happened after this, served to expose the defeat of sin and corruption that had cloaked the human race. His body was wrapped and laid away in a tomb by two friends – Nicodemas and Joseph of Arimathia — but He could not remain there.

Sunday arrived and Jesus came forth. The stone was rolled away. He emerged alive with His resurrected and glorified body. He spoke to Mary Magdalene and some others early on that day. He walked with two fearful disciples trying to make it as far away from Jerusalem as possible. Then, He appeared in the room where the Apostles were hiding in fear behind shuttered windows and bolted doors.

“Peace be unto you!” He proclaimed. He put out His hands. He invited them to touch Him and feed Him. He wanted them to be sure that He was so much more than a ghostly figment.

Over the next few weeks, Jesus came and went among His disciples.  Showing up here and there and speaking to them about the power He would give them.

I am sure there were a lot of questions.

What will You do now, Lord?

These are questions that every follower of Christ has posed through the centuries. Just before Jesus ascended into to Heaven, to His place at the right hand of the throne of glory, His disciples were so curious.

“Is it time, Lord? Will You now restore the kingdom to Israel?” (See Acts 1.) In their minds, the ultimate triumph was still a renewed empire after the manner of Solomon, a time when Israel was the envy kingdoms the world over.

Jesus had died in weakness, but He came out of the grave in power.  Would He now exercise that power in a political and military way?

“It is not for you to know times or seasons that the Father has fixed by His own authority,” Jesus told them. He had told Pilate that His Kingdom was not of this world. Here, He told His followers the same thing.

The Power of Witness

Power was coming, but not the kind of power exercised by human means, a power greater than that of the Romans was on the way. The Holy Spirit would be sent to them. The power of witness was to be their great strength, and by the Spirit who would live in them, they would carry the Gospel from Jerusalem to the ends of the earth.

Earlier, at Mount Olivet, Jesus took time to describe how human history would progress. We find this in Matthew 24. This chapter begins with the disciples showing Jesus the marvels of the Jerusalem Temple, which King Herod had commissioned. It took 46 years to build. It was big and bold and lavishly accented with gold.

Jesus, unimpressed, told them that it was all coming down, every stone of it. It was a religious structure doomed to destruction. Later, the disciples asked for clarification: “Tell us, when will these things be, and what will be the sign of Your coming and of the end of the age?” (See Matthew 24:3.)

He began his answer with a warning.  Beware, He told them, for there will be many who claim to be Christ. He then spoke of coming wars, famines, and earthquakes. He told them that believers would be hated for His Name’s sake. There would come times of falling away, betrayal, and hatred among those who say they are believers.

What could make this happen? The lawlessness of the world will bring it about, and some will just not be able to hold fast to their love for God. He talks about the Great Tribulation and its characteristics as drawn from the book of Daniel. Israel will be seen as totally dead; and nations, like vultures, will swoop down to pick apart the surviving remnants of the Chosen Nation.

This is all the definition that Jesus could provide. He concluded His explanation with these important words:  “Concerning that day and hour no one knows, not even the angels of heaven, nor the Son, but the Father only.”

The Glory of His Presence

The coming of Son of Man shall be at a time when the world is as it was in the days of Noah. Examine what those days were like in Genesis 6. It was a corrupt time. Men’s thoughts and imaginations were only evil continually. God grieved over what had happened to man,  His prized, “very good” creation. He set in motion the judgment of the great Flood and saved a family of eight from the multitudes and multitudes who populated the planet at the time.

Another judgment shall come to the earth. What we see right now shall fade away. It shall be overcome and overturned as was the formidable and well-fashioned Temple at Jerusalem.

A magnificent restoration is coming, however. And we shall see it and be part of it. Click To Tweet

A magnificent restoration is coming, however. And we shall see it and be part of it. Our great hope rests on this promise of the New Heavens and the New Earth. The glory to come will be unlike anything we can imagine. The book of Revelation tells us that its defining characteristic shall be the light of the Lord’s Presence.

Some things are not for us to know. This, however, we do know from the Scriptures. This we must believe. He has told us what is to come. As He has filled our hearts with the Spirit, so His being and presence shall fill all and be in all.

Let our hearts sing His song in preparation for that day. May all glory, honor, and praise be to the Lord Almighty.