The Songs of Jeremiah 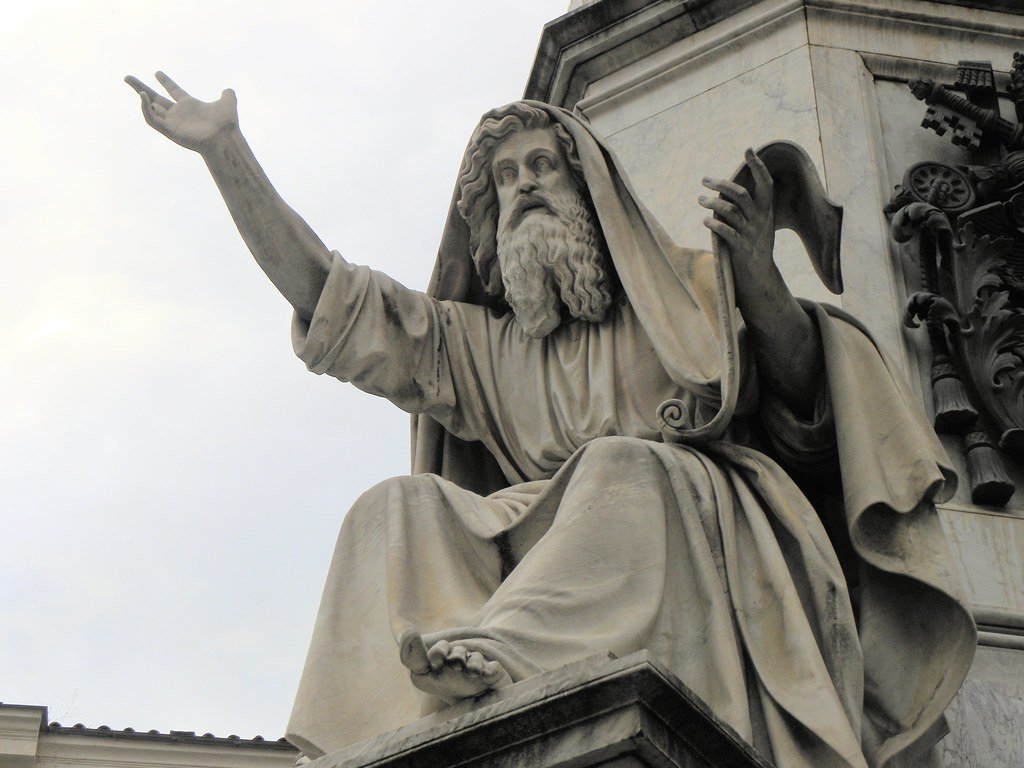 Jeremiah was a prophet, not a bullfrog as the old Three Dog Night song once told us. Anyone who listened to Top 40 radio in the early 1970s had to have heard “Joy to the World” about all the boys and girls and the fishes in the deep blue sea.

This, I remember as a bouncy and happy song few could keep themselves from singing, even though it had some rather strange words that we will not repeat here. Still, it was one of the first songs I learned to play on the guitar.

In our Bibles, we meet this other Jeremiah, one whose life was marked by very little joy, I have to say. He was, instead, a man who witnessed much calamity. He was the primary voice for God in the midst of an empire as it degenerated to its most fallen state.

This meant his life involved the presentation of a series of disaster stories. What this prophet said, however, was mostly dismissed and ignored. The Lord kept giving these messages to him and he kept telling them. He spoke out in the streets and in the squares and in the Temple compound.

Jeremiah began his preaching career during the days of King Josiah in Judah. This king was the last honorable one to occupy the throne in Jerusalem. Following Josiah’s death in battle, the words that came to Jeremiah from God were directed toward ungodly leaders and the priests and counselors around them.

The prophet watched the collapse and invasion of his nation. He saw hundreds of his people led off to captivity to Babylon, and yet he kept right on preaching.

A Catalog of Woes

We learn a lot about Jeremiah through the pages. He was nervous about the call God put upon him. He felt unqualified and inexperienced, referring to himself as a child. The Lord assured the man that he was totally known and would be protected and well equipped.

Other messages were circulating about Judah during the time of Jeremiah. These were the ones the people chose to latch onto. Peace was coming, they were told. Be confident, the Temple was still standing. These words, Jeremiah 8:11 says, “healed the people only slightly.” A false sense of security was promoted. The people clung to these phony messages, even as Jeremiah’s words proved to be true and the Babylonians began their wave of invasions.

The Bible is a book of honesty and reality. Jeremiah tells the hard truth about the falling away of God’s people. The descriptions are graphic and dramatic, especially in Lamentations.

Amid the reports of all this tragedy and devastation, we are given some of most clear and wonderful promises from the Lord. The Covenant-God would stand true to His Word in spite of the sins of His chosen ones. Click To Tweet

The book of Lamentations is a series of five funeral songs. They are organized according to the Hebrew alphabet and its 22 letters.

Jeremiah cataloged the woes that had come to Jerusalem. He made a series of lists and sung out sad lines about the state of the nation that had turned from the Lord toward idolatry.

Mothers were compared to ostriches, notorious for leaving eggs in the dust and for running from their young when predators were near. Young men fell by the sword. The elderly were left to waste away. Children begged for food and drink and were shunned. Even worse, infants later became food as the starving adults turned to cannibalism as the judgments grew harsher and harsher.

Just as Jeremiah had said, Jerusalem fell to Babylon. The Temple was ransacked and robbed and burned to the ground as were all the houses of the nobles. The princes of Judah were slaughtered and the king was blinded and carried away after he saw his sons die.

And yet amid the reports of all this tragedy and devastation, we are given some of most clear and wonderful promises from the Lord. The Covenant-God would stand true to His Word in spite of the sins of His chosen ones.

At the center of this set of funeral dirges, comes a song of praise and hope. These are among the most comforting words God delivers to us.

“This I recall to my mind, therefore have I hope.It is of the Lord‘s mercies that we are not consumed, because his compassions fail not.They are new every morning: great is thy faithfulness” (Lamentations 3:22-23).

The bitter times were not gone, but Jeremiah set his face toward the Lord. He sees the death. He hears the weeping. He knows the reasons behind what’s happening in Jerusalem.

Here the prophet made a clear, Word of God decision: “In the day of prosperity be joyful, and in the day of adversity consider” (Ecclesiastes 7:14). He refused to let the sights, sounds, and feelings of these tortuous days smother him. He set hope before his mind and let this fill his heart.

Job did the same thing in the midst of his trials as he heard the criticism from his friends. “I know my Redeemer lives, and at the last He will stand upon the earth” (Job 19:25).

Jesus also endured the wrestling in the garden and the agony of crucifixion with His face set toward Heaven and the promises of the Word that He fulfilled. “It is finished,” He cried in John 19:30. “Father, into Your hands I commit My spirit” (Luke 23:46).

These were faith statements from the mouth of the Son, the God-Man who came to live and die for our redemption.

Jeremiah may have been something of a bruised reed. Persecution came at him from many directions. Once, he had to be pulled from a deep and muck-filled well. A yoke of wood was fastened to his neck on another occasion. He was not crushed, however. The candle he held up in the darkness surely seemed like just a flicker. This Light of his shined forth; the Lord would not let it go out (see Isaiah 42:3).

How did Jeremiah make it? How could he stand fast in such conditions?

Thinking on the faithfulness of God is the thing that kept this prophet. Though the results of his ministry seemed so very, very small, Jeremiah sang out these words:

“Let us lift up our heart with our hands unto God in the heavens” (Lamentations 3:41).