The Things That Make for Peace 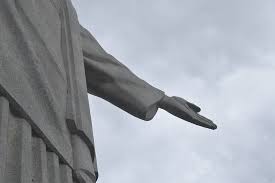 Jesus showed up. Alive and unannounced, He appeared in the midst of them, a gang of anxious, frightened followers. They’d bolted the door and shuttered the windows. They expected arrests and tortures to begin at any moment.

Reports had come from the Tomb. Jesus was gone. His body disappeared in the night. The stone sealed by imperial decree had been moved. This news made them even more nervous. No one messed with Roman forces and got away with it.

A group of women went to see Him at dawn. He had been hurriedly wrapped and laid away because He died as the sun was setting to bring on the Sabbath and the high holiday of Passover.

The women brought with them spices that they wouldn’t get to use. For all that was left in the burial chamber were the sheets Nicodemas and Joseph had wrapped around Him after the Romans gave them His Body.

A Name is Said

Mary had circled back to the scene. She became overwrought at thoughts that the dead frame of Jesus was being further humiliated in order to add more insult to what had already been heaped upon her Master. He’d been scourged, capped with thorns, nailed to the tree, and pierced with a centurion’s spear. She shuddered at the thought that soldiers might be sporting with the remains of the “dead  King of the Jews.” She feared that He wasn’t going to be afforded a simple common burial as even the thieves had gotten.

It was then that she saw the Man. She begged for some word of Jesus. She wanted so much just to give His Body the fitting treatment. Her tears and sobs filled that garden in a flood of grief for the One she loved so dearly, for the One who’d delivered her from demons and decadence.

“Mary.” The sound of her name rang out. The Man had said it. And Light chased away all darkness from her heart. “Master, Master, Master!” Her joy poured forth and she moved to throw her arms around Him. He stopped her and told her to go and tell the disciples that He lived.

She ran and told them all. But in their unbelief and sadness her words did not help. And as the day wore on, Mary herself may have begun to wonder if her encounter with the Risen Lord was all a dream.

“Peace, be unto you.” The sentence coincided with the sighting. He was there with them. Frozen in fear and trembling, they stayed in silence and awe.

What this really Him? Could it be true what Mary had said? Was this the Jesus they had heard and seen?

He had been dead, very much so. He bled to such an extent that only a little trickle of red and water spurted out from His punctured heart.

As the firstborn from the dead, He was now clothed with Resurrection flesh. Torn and disfigured when He was bound up at Golgotha, He stood before His disciples all new and alive. Click To Tweet

And now here He was. Their thoughts were more than known to Him. Doubts and fears are not easily chased away. The sight of Him was not enough. None had ever come back to life. As the firstborn from the dead, He was now clothed with Resurrection flesh. Torn and disfigured when He was bound up at Golgotha, He stood before His disciples all new and alive.

What more could He do to reveal His identity?

He reached out His hands and put forth His feet. The deep scars of the crucifixion remained upon Him. He was marked with marks that would not and could not go away.

“Come and touch Me,” He implored them. He had to prove to the ones He loved so much that His form was solid, real, warm, breathing. His heart was beating again. This was no apparition. He was not a spirit-being, a ghost, or even an angel.

In flesh and bone, Jesus presented the reality of Himself risen. “This,” He proclaimed with His presence, “is what death defeated looks like.”

The great enemy, the curse of Adam’s fall, had been felled.

Jesus did it. His perfect offering of Himself triumphed in the fulfillment of all justice due. The wages of all sin had been paid, once and for all.

And, yet, the scars of the Cross still showed forth. These are the signs of the price paid for our salvation. These are “the things that make for peace.” Jesus spoke those very words as He approached Jerusalem and wept over it. Thousands in that city at that time would fail to recognize that visitation God brought. They would fail to see that their peace – and the peace of the whole world – rested upon His Person. (See Luke 19:41-45.)

Our wounds? What are we to do with them?

The slings and arrows, the curses and cusses, that have been hurled our way do gash us and leave damage.  Made bitter by such bites, we can allow chewed out chunks of our souls and minds to dominate our lives.  We can give remarkable power to someone or something — more power than we realize. Weak, heavily burdened, broken by life, are so many. Toward these – toward us – He steps with His wounded feet. To these – to us – He stretches forth His hands, His scarred hands.

Reach for those hands. And hear Him: