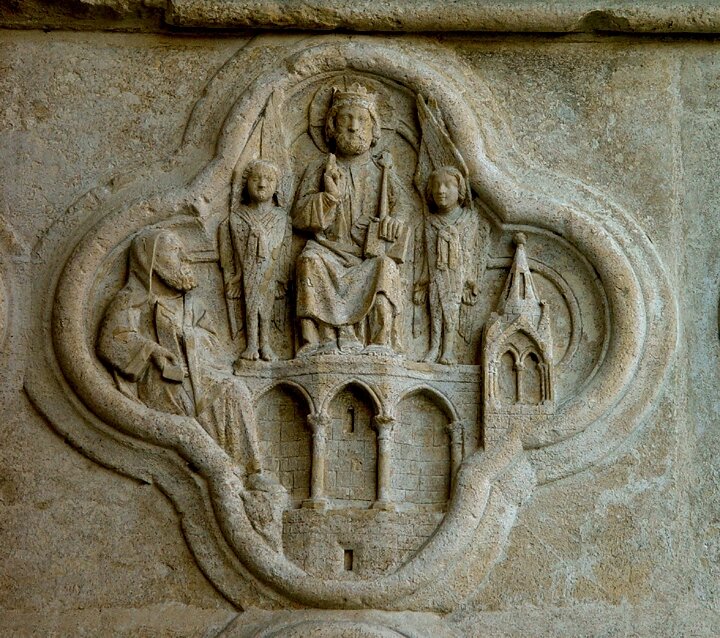 God answers His people in times of uncertainty and turmoil. The answer that He most often gives is this: “I am the Lord and I change not; fear not, I am in control.”

Think of what we read in Isaiah 6. A major transition point has come and the man of God finds himself at the center of it all.

Isaiah mourned. The nation’s king, Uzziah, was now dead. What was to come next?

Uzziah had been a most capable ruler. His reign was marked by a number of projects that made Judah secure and well-supplied. He assembled and outfitted a good-sized army. The cities were fortified and equipped with mechanized weapons that could fire arrows and hurl stones. He attended to the fields and vineyards; their yield was steady. The flocks flourished.

By natural standards, the kingdom of Judah was well-led and prosperous. Neighbors, near and far, envied what this king had accomplished. “And his fame spread far, for he was marvelously helped, till he was strong” (2 Chronicles 26:15 ESV).

That last phrase is the telling one. Uzziah’s strength got the best of him. He became proud. Blinded by the success that had come his way, he sought to extend his influence to the Temple. He determined to tread on holy ground.

Consider for a moment how many wise and masterful guys have felt that their contributions are just what the Church needs to elevate its game. This king was one of those guys.

There came a day when Uzziah strode into the House of the Lord, where he grabbed a censer as he intended to take a place at the Altar of Incense. He would perform this duty on his own.

A welcoming party greeted Uzziah, but not to facilitate his ambition. A collection of 80 priests positioned themselves before the king. They are celebrated as men of valor in the 2 Chronicles account of this showdown.

The throne of Israel did belong to Uzziah. It was the domain of the sons of David. The things of the Temple and its practices, however, belonged to those born into the line of Aaron, Moses’ brother.

Uzziah staged something of an invasion. And he paid a dear price for his act of disorder.

Rebuffed by the priests, Uzziah became angry and immediately unclean.

Red-faced with rage, the king’s burning forehead became marked with leprosy. The sudden appearance of this disease terrified all involved. Uzziah was chased from the Temple and hustled away to a separate house.

Never again would Uzziah enter the Temple. Jotham, his son, would handle the public aspects of governance from that point. A man so popular and accomplished would finish out his days hidden from view.

It seems to me that Uzziah took this severe chastening with humility. I say this because of the way Isaiah grieved over him.

And now that Uzziah was gone, what would become of the kingdom? How would the nation hold itself together? Would the next king know what to do?

Just as such thoughts began to run wild through the prophet’s mind, the doors of Heaven were swung open to him. Isaiah saw the Lord, high and lifted up.

The eternal throne room was before him, and God sat upon His seat over all Creation. Here was a supreme declaration presented in vision and in song. Seraphim called out this permanent reality for Isaiah to hear:

Uzziah was dead, yes. But the Lord reigned, and He reigns even now, and He will reign forever and forever.

In Isaiah 6, we read that the train of His robe filled the Temple. God gave His prophet a glimpse of His total being. He saw God as the “fullness of Him who is all and in all” (see Ephesians 1:22).

A sense of awe overwhelmed Isaiah. He knew what happened to those standing out of place in the presence of the Lord. He felt unclean and unworthy:  “Woe is me! For I am lost; for I am a man of unclean lips, and I dwell in the midst of a people of unclean lips; for my eyes have seen the King, the Lord of hosts!” (see Isaiah 6:5).

What came to Isaiah at that moment was not judgment, but a touch of cleansing fire. A seraphim brought a coal from the altar of heaven and touched Isaiah’s mouth. He was made clean.  “Behold, this has touched your lips; your guilt is taken away, and your sin atoned for” (Isaiah 6:7).

Troubles do beset earthly thrones. One king rises as another falls. Governments totter and collapse under the weight of human failures and limitations. The Lord God Almighty, however, remains as He is. Click To Tweet

Soon Isaiah was commissioned and sent to speak for the throne of God. He would tell the truth about the Branch that would spring from the root of Jesse (see Isaiah 11). He would tell of the everlasting King to come and of how His Throne on earth would be firmly established and permanent.

Troubles do beset earthly thrones. One king rises as another falls. Governments totter and collapse under the weight of human failures and limitations.

The Lord God Almighty, however, remains as He is — Jesus Christ is the same yesterday, today and forever (see Hebrews 13:8). He rules. Mercy and truth continue to go out from Him. He sends His Light and love. May these things lead us as days become more and more perilous.

Let us sing as David did sing:

“Send out your light and your truth; let them lead me;
let them bring me to your holy hill and to your dwelling!” (Psalm 43:3).