The Tower and the Ladder 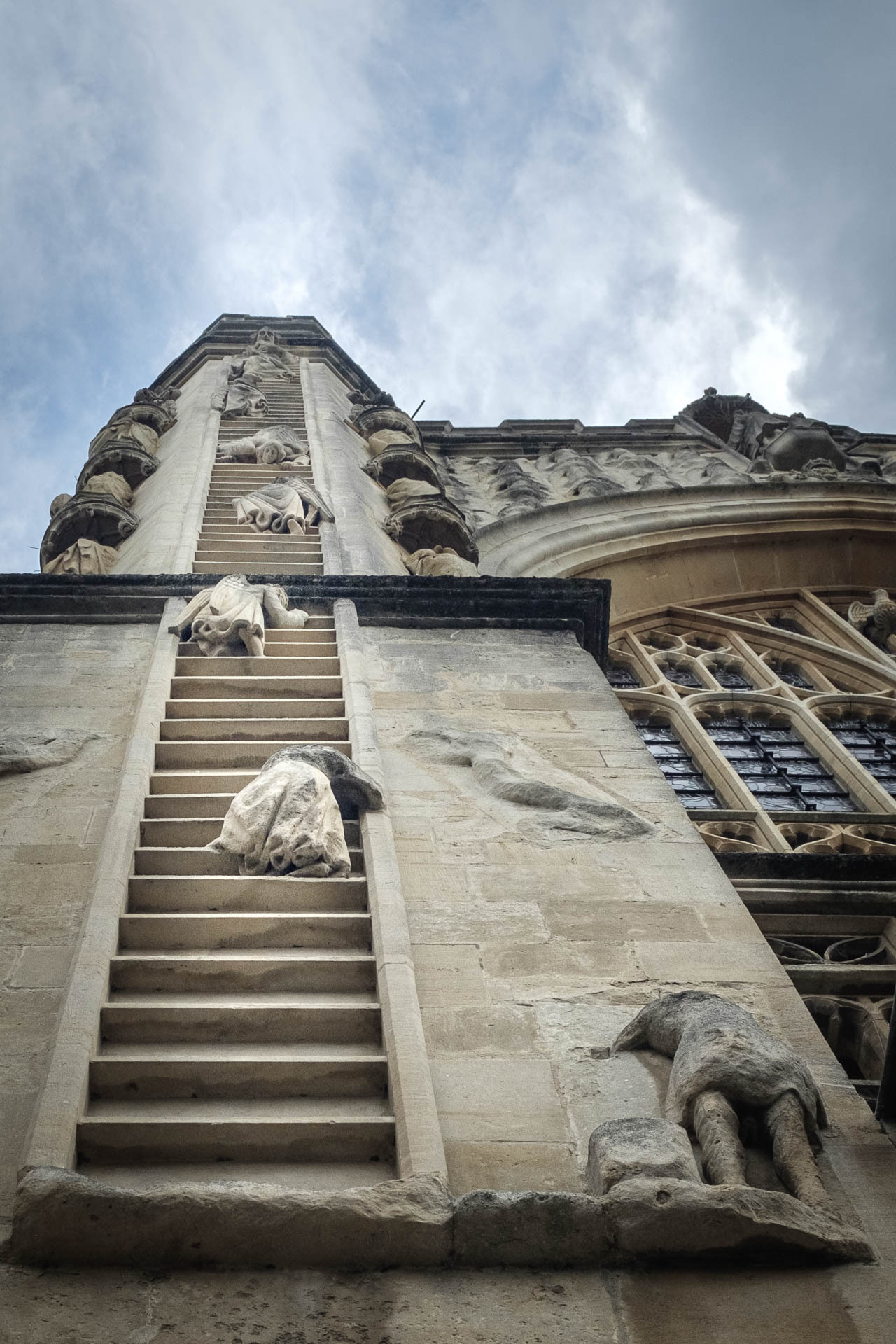 The Tower of Babel brought people together for the wrong reason. Men and women were unified in their uniformity, dedicated to a construction project that they were sure would stand tall and speak for them.

One language and one way of thinking existed. Bricks were fitted together with slime as directed by their mighty leader Nimrod.

Only a few generations previous to this one, the majority of the thoughts of mankind were also in agreement – they were full of evil imaginations continually declares Genesis 6:5.

How did God respond to that situation in Genesis 6? He spoke to a single man who had found grace in His sight. That man was Noah. He heard the Lord and followed His instructions. He set about on boat-building project that stretched on for more than 100 years.

When Noah wasn’t hammering the nails and preparing timber, he was preaching righteousness to a world society in disorder and distant from God. None listened to his message. The Ark came together and the day of the great Flood arrived.

Only Noah’s family was aboard that vessel.

God reset His humanity with eight people. After the waters assuaged and the Ark came to rest, the Lord told the sons and daughters-in-law of Noah to be fruitful and multiply and to spread out across the earth and inhabit the various regions (Genesis 9:7).

The message was received to a degree. The descendants of Noah were fruitful and they did multiply. But they lost sight of the last part of the Lord’s directions. They did not spread out through the earth as God instructed them.

Instead, the plain of Shinar became a comfort zone for one world collaboration. There, everyone gathered to fashion a city and building in order to make a name for themselves and make a statement about who they were.  It was fueled by natural human effort in defiance. The people stood up to their Creator, the Maker of all things. Really, it was another evil imagination that prompted another judgment from the Lord.

The human race was first diversified along the lines of language. Words have always been the things that make a difference. Click To Tweet

This time the Lord determined to bring division rather than deluge and devastation. He confused the languages of the multitudes. By bringing forth a variety of tongues, the Lord also imposed on them the activation of their ears. The individuals among the crowd at Shinar had to listen and seek out the people who spoke as they spoke.

The human race was first diversified along the lines of language. Words have always been the things that make a difference. It has been this way from the beginning when God spoke, “Let there be Light.”

That Light set order in motion to what was without form and void. The Creation process was a process of definition. Differences were made obvious between sky and heavens, water and earth, animals and humans.

At Babel, the Lord disrupted the artificial formation. The inhabitants of this planet sought something “most high” and so they started sliming something together. Their movement to build and stretch themselves up and away was an affront to The Most High God.

Rest on the Rock

How are we to make such connections to the One who is above all? Jacob’s story, later in Genesis, shows us how.

Jacob was a man skilled in manipulation. He knew how to get his way. His contrivances got him into the place of family blessing. He secured the right of the firstborn in the household of Isaac with trickery devised by his mother, Rebekah.

However, peace did not come to Jacob once he had secured this place at the head of the table. Rather, his machinations drove a wedge through the family. Esau, the rightful and natural firstborn, felt robbed and plotted revenge on his brother. Eventually, Jacob was sent away to live with his uncle. God allowed a separation to come in order to get at Jacob’s heart and mind.

While on his journey, Jacob laid himself down to sleep. He took a rock for his pillow. That night, he dreamt and in that vision was the revelation of the Lord.

What Jacob saw when he was at rest, with his eyes closed, was a ladder lowered from Heaven to earth, with angels descending and ascending upon its rungs. The Lord was with Jacob, the sense of His presence coming and going upon this man’s life.

Jacob did not need to craft his own connection with Heaven. He did not have to fashion his own scheme to get where he wanted to go. I think that throughout the rest of his life, Jacob remembered the vision of that ladder. More turbulence was ahead for him. He wound up with wives and concubines and sons and daughters and lots of cattle, sheep, goats, and stuff.

The promise and presence of the Lord never left his consciousness. He could rest his head on the rock of truth whenever he chose to.

A Limp and a Blessing

Years after this dream, something even more substantive happened to Jacob. The angel of the Lord met him and engaged Jacob in a night of wrestling. It was as if God stepped off the ladder and made a space of holy ground to encounter His chosen man.

For all of his impulsiveness and intellect, Jacob had a heart for what was true. This Wrestler, he was convinced, was his Source of blessing. And so Jacob was blessed – with a limp and a new identity as Israel, the prince who prevailed in hanging on to God.

Babel was the world operating without a limp and without a sense of its need for God. And so the Lord put things out of joint by disrupting their talk.

Human attempts at unification have come and gone throughout the ages. The pattern is fairly similar to what went on at Shinar. A personality or program becomes popular and bears some fruit of success. This stirs a move to introduce commonality in thought and feeling and action.

It is really what we see happening in our present age. It seems a new Babel has come. There’s a concerted push to bring everyone and everything into conformity. A tower of ideology is being cobbled together by emotion fueled by faulty reasoning.

But the cracks are showing. Efforts to stitch humanity together have torn and frayed. Could it be that the confusion and irrationality we witness are evidences of God at work? Are His angels still descending and ascending on the ladder lowered to earth?

Yes, God is here with us and we must not forget this. The Lord sent His Holy Spirit as the mighty rushing wind in Acts 2. May we let that wind blow through our lives and through our families and assemblies. By Him and by His fire, we can speak the Gospel, the Message that touches all ears and creates the Body that is alive with His life and guided by His Word.