The True Vine and His Branches 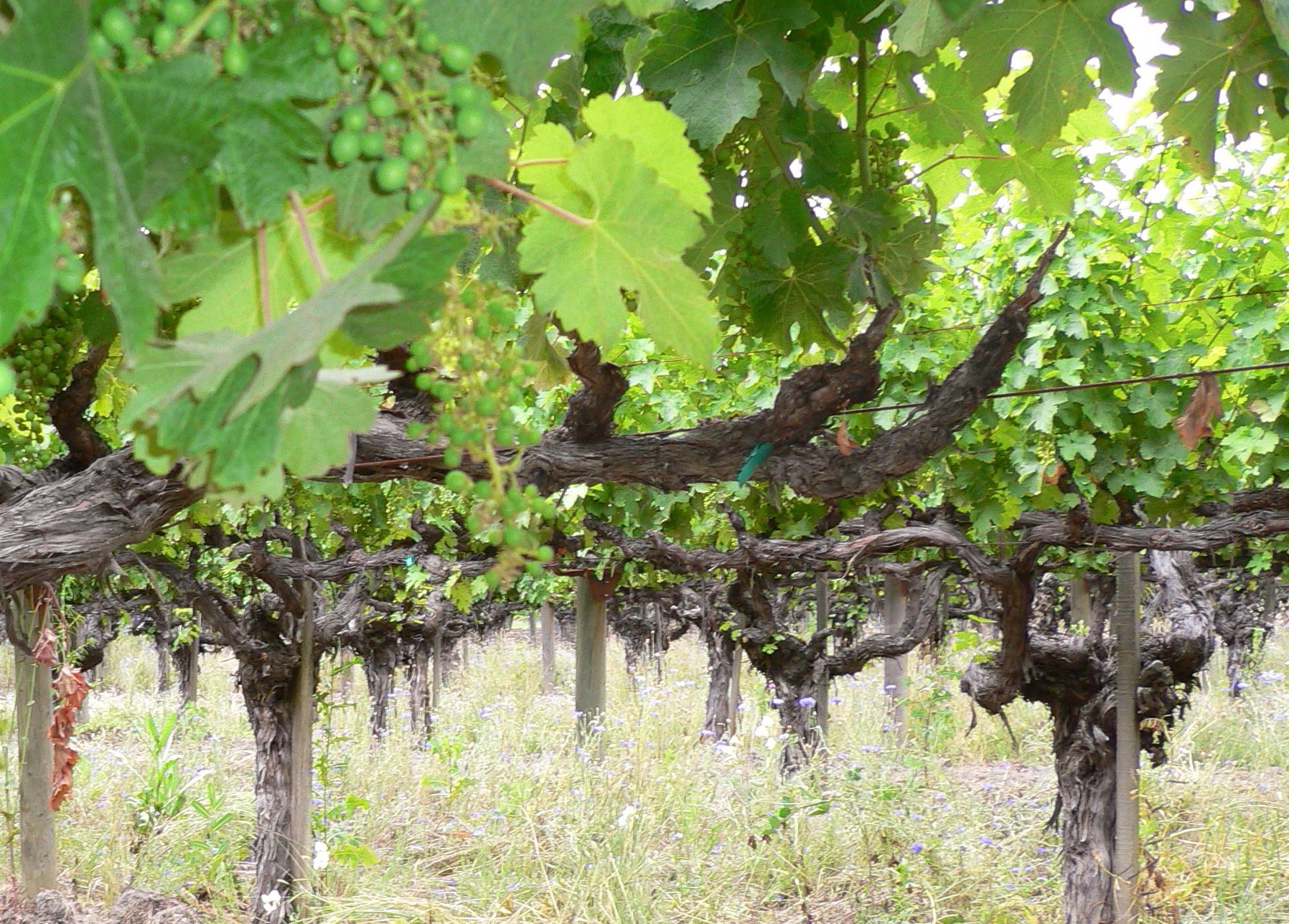 “I am the True Vine.” Here we come to another of Jesus’ clear declarations about who He is.

Have you noticed the way of a vine? A vine cannot stand alone. It is loose and flexible. It has no stiffness to it. A vine is made to draw through its roots and spread forth. As it spreads, a vine finds ways to make connections. It attaches itself to things sturdy and tall. It looks for a way to get off the ground. A vine reaches toward the heights when it finds a tree or downspout or pole or fence to wrap around and push upwards.

Joseph, in Genesis, was celebrated by his father Jacob as a vine, calling his son “a fruitful bough planted by a spring, his branches run over the wall” (see Genesis 49:22).

The Joseph story has its dark side. He was envied by his brothers and in hostility these very ones of his flesh and blood seized him and sold him into slavery. They meant evil. God, however, used it for good. He was raised up as a leader and counselor in Egypt. He was sent ahead to make a way for the saving of those very brothers and their families from famine and destruction.

Jesus, too, was despised and rejected by His own. He came to them. He spoke the Word. He showed them all the power of God. He healed lepers. He made blind men see. He called the dead back to life. He fed huge crowds with a few fish and some loaves.

The Son took root in our world. He came from Heaven. He became lower than the angels and, for a space of time, set aside the majesty of fellowship in the presence of the Father with the Spirit.

He planted Himself upon our dust, the dust He used to form the ones He made in His image. He came, as a boy of clay, born in Bethlehem to a virgin girl from Nazareth.

Like a True Vine, He spread out. His life was drawn from the Father and fueled by the power of the Holy Spirit. He took the shape of Man and touched all those around Him. He lived and breathed as one of us.

And He began to tell the Truth of the Kingdom of God.

This Son showed up as 12-year-old in the Temple one Passover season. He did this unannounced and unknown, even to His mother and Joseph, her husband. There, on that day, He talked and His words were a marvel to the learned leaders of what we could say was the highest religious institution around at the time. He posed questions and gave answers — until He was found there by Mary. She and Joseph had lost sight of Him for three days. And being the real mother that she was, Mary expressed her anxiety over His wandering off.

“Did you not know that I must be in my Father’s House?” This was His reply to her chiding. Yes, she addressed the Savior, her Savior, as a concerned mother. Jesus went home with Mary and Joseph, settled in, and grew up in that family. Luke 2 tells us that He “increased in wisdom and stature and in favor with God and man” (see Luke 2:41-52).

Jesus and His ministry sprang up quietly. He started small as a baby, as a boy, as a young man seen only by a few, until the time came for Him to develop His “branches.”

We are the branches of the Son, and as His branches we are to bear fruit. That is, our lives are to reveal His presence. And He teaches here in John 15 the reality of our connection to Him and some simple instructions on how to live the life He sends through us.

In a restless and turbulent world, Jesus tells us to rest in Him as He rests in us. The Lord is most confident about the work that He has finished. Click To Tweet

“Abide in me, and I in you” (John 15:4). This word “abide” is a word of resting in place. In a restless and turbulent world, Jesus tells us to rest in Him as He rests in us. The Lord is most confident about the work that He has finished. He doesn’t have high expectations for us or unreachable demands to put upon us.

His message is just this:  abide and rest in who you are and in who He is making you to be.

Do we get nervous and anxious about living for Him? Of course, we do. When we do, we should think about this sentence of His:  “Already you are clean because of the Word that I have spoken to you” (John 15:3).

Remember, it was Jesus Himself who got up and washed the feet of the Apostles. Here, He is telling us that the water of His Word cleanses us. Therefore, because we are made clean this way, we are to rest in Him.

More than just giving us the Word, the Savior also made this promise:  “As the Father has loved Me, so have I loved you. Abide in My Love” (John 15:9).

Listen and be loved. Be loved and love others. This is what it means to abide. If we do this, we will do great things by His grace and power. We will have fullness of joy.

Our friendship with the Son brings to us both privileges and problems.

Joseph had an identity as his father’s favorite boy and that identity came with a special multi-colored robe. This made his brothers mad and murderous even. They originally wanted to kill Joseph, but wound up selling him instead.

We now carry the identity as Friends of God. Those who choose not to receive His love and become His friends may turn to anger and persecution against us. We are forewarned, but He is with us always. Greater is He who in us than He who is in the world. What the world means for evil, the Lord shall use for His good.

Still, we have our privileges as His chosen witnesses and friends. Therefore, we are fruitful and we are welcome at the throne of grace in our times of need. “You did not choose me, but I chose you and appointed you that you should go and bear fruit and that your fruit should abide, so that whatever you ask the Father in My Name, He may give it to you,” (John 15:16).

His Word, His Love, and His Spirit – all of them are ours, forever. He keeps us. He prunes us when we’re distracted and draws us closer to Him.

The chapter finishes with a statement of reality that we must embrace:  “… You have been with Me from the beginning” (John 15:27).

God loved while we were yet sinners. We are who we are according to His purpose. We may not like ourselves so much, but He loves us just the same. And He has always, always, always had a plan in mind to make us what we should be.

Let’s praise the Lord for this.