The Wait, the Wind, the Word 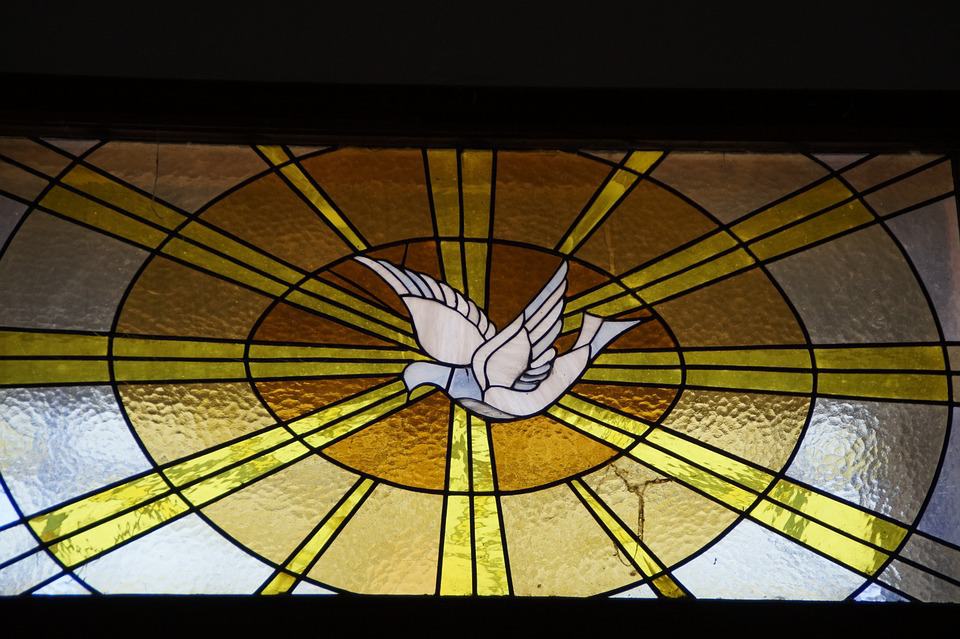 The Apostles kept looking up, their eyes on the sky. They stared steadily at the spot where Jesus had escaped their view. The Savior rose through the clouds before this group and was gone.

It was 40 days since Resurrection Sunday. Jesus came and went among them. He appeared and disappeared to Peter, to James, His half-brother, to a group in a locked room, to 500 at once. He spoke with His followers and ate with them. He invited them touch Him. They were to understand that He was present in flesh and bone. He revealed to them that our future reality would have substance, an existence not at all ethereal or ghost-like.

But Jesus had gone up through the heavens. What now? Surely, uncertainties filled their minds and hearts. For a time, they were frozen in place.

Angels then arrived with a question and a promise. “Men of Galilee, why do you stand gazing up into heaven? This same Jesus, who was taken up from you into heaven, will so come in like manner as you saw Him go into heaven” (see Acts 1:11).

Power was coming, Jesus told them so. Power had been on their minds. They asked Jesus if Israel’s Kingdom season had arrived. “That’s not for you to know,” the Lord answered them. “Times and seasons belong to the authority of the Father,” He said.

After all that these people had seen and heard with Jesus, they still had so much to learn. Kingdom authority was coming in a new and living way. Power was about to be sent from above. Holy Spirit fire would fall on them. A new baptism was about to be introduced to the world.

Isaiah 40:31 says, “They that wait upon the Lord shall renew their strength; they shall mount up with wings like eagles, they shall run and not be weary, they shall walk and not faint.” Christ had spoken of the Spirit and what would come with Him to these faithful ones. They would require the strength, the wings, the stamina, and the leading that would be sent to them.

The disciples did as they were told. Soon these followers of the Resurrected One gathered in an upper room in Jerusalem.

It was a feast time in this city. The Jews gathered for Pentecost, a harvest celebration, a time of thanksgiving to God for the first fruits of the wheat crop. From throughout the Roman Empire, thousands came to be with their kindred at the Temple.

These pilgrims were about to experience a pivotal moment in history. They went on with their religious duties, doing their best to honor God with sacrifices and offerings.

The offering of Christ on the Cross opened the way for our bodies to become temples for the Spirit. Click To Tweet

Meanwhile, the disciples of Jesus labored in prayer. A small room full of waiting ones became possessed with divine expectation. The communion of these believers was true and real. They were in one accord when sound of the Wind came.

It was mighty and rushing. It filled the room. To each one, this Wind brought a “tongue” – a small flame that rested just above every head. God filled His people with Himself. The offering of Christ on the Cross opened the way for our bodies to become temples for the Spirit.

The love of Christ called them to Him. Their love for each other in Christ had drawn them together. Now the love of God in and among them shined out to others. They were now ready to address the world full of fields ripe and ready to harvest.

The Message that Cuts

At last came the Word.

Those in that room began to speak with the languages known by those filling the streets of Jerusalem. The Wait and the Wind made the followers of Jesus ready to speak with power and authority. News of this miracle moment spread through the city. The sound captivated hundreds.

Some mocked – they laughed and said the group was full of wine. Others heard, however. And as they listened, they were cut to the heart.

The Spirit’s breeze blew upon them as well. The dust of their cold religion was carried away, and a new thing was put before them.  Thousands seized upon the message and responded in the faith of the Son of God.

Peter addressed them with the Gospel of the Kingdom. The essence of the message was this: “Whosoever calls upon the name of the Lord shall be saved” (Acts 2:21).

Could it be time for a new Pentecost? Are we willing to wait and watch? Are we listening for that mighty, rushing Wind?

A world full of trouble awaits a message of hope. We have this message. The Gospel of Christ must be spoken in every tongue to every tribe of people.

Do we believe it? Will we do it? May His Wind blow fresh upon us.