The Way of Honor 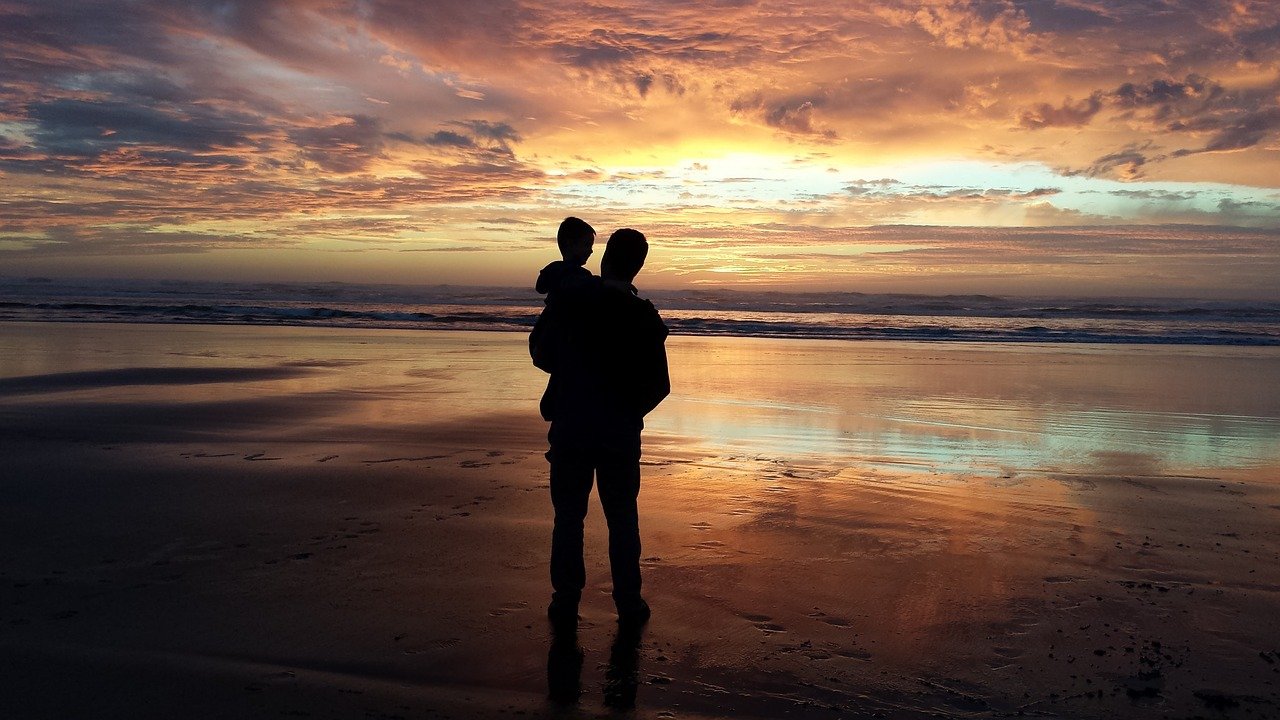 “Honor your father and your mother that your days may be long in the land that the Lord your God is giving you” (Exodus 20:12).

Honor your father and your mother — tucked right into the Ten Commandments are these words that carry a significant God-promise. I believe that the Creator wove this reality into the fabric of life on earth.

Recognition and respect for our origins, for our sources, for the ones who made it possible for us to be. Such honor says that I am here now, but I didn’t get here on my own – none of us did.

My Dad took his leave from us last week; he passed early in the morning on Groundhog Day. This moment of his departure pointed back to his origins since he grew up in Dubois, PA, not far from Punxsutawney, where the official shadow-watching groundhog is kept and celebrated Feb. 2 of each year.

A man of few words, Dad definitely was not. He was a real talker, a story teller with hundreds of tales from his youth sports exploits to his army days in Korea to his teaching years at Patapsco and Sparrows Point high schools to his building of a successful insurance sales business.

As kids, we prodded Dad to make things up, although he didn’t need a whole lot of encouragement in that regard. His “mouth” stories were way better than anything we got out of the books that we had on hand.

The story that left a lasting impression upon me was the one about the neighbor with a stone heart – and we did have a couple cantankerous grumps on our street. Dad spun a yarn about the day that one angry old man became friendly and happy all because a couple kids hugged him after losing their ball in his yard.

Dad had a smile and laugh that took over a room. He also never met a joke he wouldn’t re-tell.

He traced this charming personality to his Polish-Lithuanian heritage. I think he was right about this. Grandpa – his father – and his brothers, Leonard, Tom, and Richie, were also story-tellers with big smiles and warm laughs. Too say the least, our summertime family reunions were almost always outrageous and loud affairs. Therefore, these were usually held out in the middle of nowhere, near Helvetia, a mostly abandoned mining town situated between Dubois and Punxsy.

And then there was Dad’s voice and his harmonica. He had a fine ear for music though he never took any formal lessons. He particularly liked to sing and play “For the Good Times” and “After the Lovin’,” a couple of old standards made popular by Engelbert Humperdinck, a Tom Jones/Dean Martin-like crooner.

So it turned out that through his later years, “Harmonica Joe” became something of a karaoke legend in and around east Baltimore. He sang and got a lot of others singing, too. This won him a ton of friends, some of whom would follow his act to American Legion and VFW halls in the area.

These memories of Dad are my treasures just now in the process of grief. We didn’t get together very often because he encouraged us early in life to go our ways and chase our dreams and to live our lives. And so we did.  Yet he always there and ready to help.

“Thanks for having me” was a line he used to repeat to me during our calls and lunches together. Whenever he said it, I winced and smiled and said, “Thank you, Dad.”

I had to give thanks. Because honor to me means seeing the debt that I could never pay, the debt of his commitment to “having me” and raising me in the way that he did.

Perhaps, your father memories are tortured ones, or even non-existent for some reason or other. I am sorry for that. Still, I think honor is something we each should cultivate toward the ones who brought us into the world.

God put this commandment in the record for a reason and He attached long days to it because I believe such honor helps our minds, spirits, souls, and bodies.

By honor, I am not talking hero worship and fabrications of fame.

True honor includes forgiveness and sometimes forgiveness for big wrongs. There is a forgiveness that we can manufacture and hold over someone’s head as if we’re owed something because of his failures. You see, Dad and Mom divorced after 30 years of marriage and, sparing you any details, this breakup was his doing, so forgiveness was real part of our picture.

But I learned something from paying attention to my mother-in-law who suffered a painful breakdown of her marriage to my wife’s father. She has refused to say a bad word about her children’s Dad. She has never seen the worth in it. I have marveled at this through the years and came to see that it was necessary and healthier to live this way.

I believe God sheds His love abroad in our hearts. This makes it possible for us to give honor, even to those who have done dishonorable things. Click To Tweet

I believe God sheds His love abroad in our hearts. This makes it possible for us to give honor, even to those who have done dishonorable things. I am commanded to love my neighbor as I love myself, and Dad was way more than a neighbor.

I can give honor, true honor, because the Holy Spirit gives me the ability to do this. He fills my heart with Himself and fills it so much that I have to share Him and what He’s given to me.

This is the essence of human life as God intended it to be. The Father sent the Son and the Son sent the Spirit. We are who we are by the glorious grace of the Lord.

If we can get these things down inside of us, then giving honor to our fathers and mothers will become part of our pattern of life. And this won’t even be something we will have work up on our own.

It will come as mercy and grace comes, from above and through our hearts made open to Him, our Father who is in Heaven. Holy is His Name.