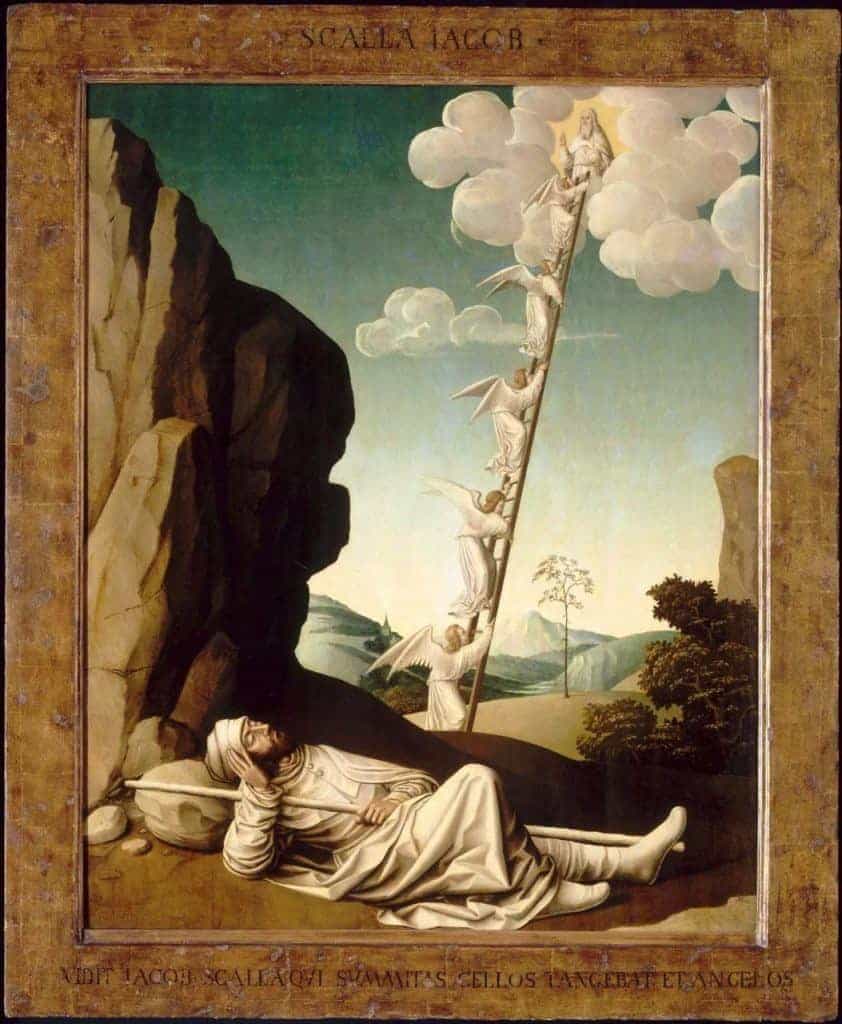 Early in the pages of our Bibles we are presented with the reality of what man was made for. The first chapters of Genesis describe the process of His Creation. The Lord made and the Lord spoke. First came the heavens and the earth, and so it began.

The structure of these initial sentences presents something important to us. The language declares that the heavens and the earth were made at once; that is, these elements of Creation came to be at the same time – one did not precede the other.  There’s a tendency to view the heavens and the earth as two distinct realms. Such a viewpoint promotes instability, and this comes from what James defined as double-mindedness:  “A double minded man is unstable in all his ways” (James 1:8).

In order to know what we are here for as human beings, we have begin with a correction of our understanding about the absolute nature of things. We have to reestablish our grip on Genesis 1:1, “In the beginning, God created the heavens and the earth.”

This verse is not merely a preface to what the Lord will go on to tell us in the pages that follow. Rather, it is the foundational truth upon which every other sentence is built. As God is, so are the heavens and the earth; He is One – whole, complete, entire, all and in all. The heavens and the earth are whole, too.  There’s only here and now in the mind, heart, and purpose of God. He revealed His Name to Moses at the burning bush. He said, “I AM THAT I AM.” He is, eternally, always – the same yesterday, today, and forever.  Let’s forsake the false concepts of then and there, of above and beyond. A comprehension of the “whole” of our Lord and His Creation will bring us to right understanding.

“Draw near to God, and he will draw near to you. Cleanse your hands, you sinners, and purify your hearts, you double-minded.” These sentences from James 4:8 point the way to our reconciliation and restoration; they show the way to cleansing, to forgiveness, to purity. Come close to the Lord, these words tell us. Worship the Lord in the beauty of holiness, as the Psalmist instructed.

Made in His Image

Where are the realities of the heavens and the earth best expressed? In a person, of course – in every person. God took up the dust of the earth and formed man in His image. He made man alive by His breath. Therefore, something of Heaven walks about in every vessel of clay. The greatest lie of all lies was the first one, put forth by the serpent in Eden. He told the woman that eating from the Tree of the Knowledge of Good and Evil would make her and Adam more like God. The fact was, and is, that man and God were already one; the heavens and the earth put together.

It was Jacob who got two revelations of this. After he deceived his father Isaac and stole his brother Esau’s birthright blessing, Jacob ran away to live with his uncle Laban. On the way, he fell asleep and dreamed of a ladder stretching from heaven to earth with angels ascending and descending down its rungs and the Lord stood atop of it. God promised to make Jacob’s offspring the key to blessing for all the families of the earth. He also told Jacob, “I am with you and will keep you wherever you go.” (See Genesis 28.)

He is our “very present help.” He’s here. He’s with us and in us. Click To Tweet

Later, we read in Genesis 32, of Jacob’s return and another divine encounter. After years of living with Laban, taking two wives and their maids, fathering 12 sons, and accumulating huge herds, Jacob headed home to see his father Isaac and meet brother Esau. He was quite anxious, given that Esau had threatened to kill him for the birthright episode. He found himself sleepless and alone when the Lord came to wrestle. A crafty, manipulative man, Jacob was out his league in this confrontation and wound up with a disjointed hip. Still, he clung to the Lord and refused to let Him go. One from Heaven and one of earth were linked in a struggle as dawn approached.

“Bless me,” Jacob demanded. He knew the character of the One with him. He refused to let the moment pass without a touch of heaven. God spoke and renamed Jacob – Israel, the name that he and the nation to come from him would be called. The spot, Jacob would call Peniel, or face of God: “I have seen the face of God, and yet my life is spared” (Genesis 32:30).

Read on and we see that Jacob’s life does not go merrily along. He will lose two people so precious to him — his favorite wife, when she dies giving birth and his favorite son, Joseph, for more than a decade when his other sons’ envy moves them to sell Joseph to slave traders.

The heavens and the earth, the connection remains, but it is roiled by the effects of sin. Disasters and catastrophes come. Violent hurricanes and despicable murderous acts of evil shake us to the core. We often feel frustrated and forsaken. The calls go out for justice and remedy.

God seems so far away, and this is what the devil wants us to believe. Hell crafts a master deception, and it is that the heavens and the earth are divorced and divided. It’s everyone for himself or herself. This planet is all there is, and we had better get the right people in charge and manage it the right way.

The Lord is here, and He is ready to wrestle, if we’re willing to take the risk. He’s here to show us just how His holiness helps us to see the whole.  We possess too much strength on so many levels. An encounter with God is sure to leave us limping somehow.

I say let’s go for it. Let’s stop cleaving to the dust and get to wrestling with the Lord. When all is said and done, there’s a blessing that awaits us. We will see afresh that He is all and in all; the heavens and the earth are His heavens and His earth. And He is working all things together according His sovereign purposes.