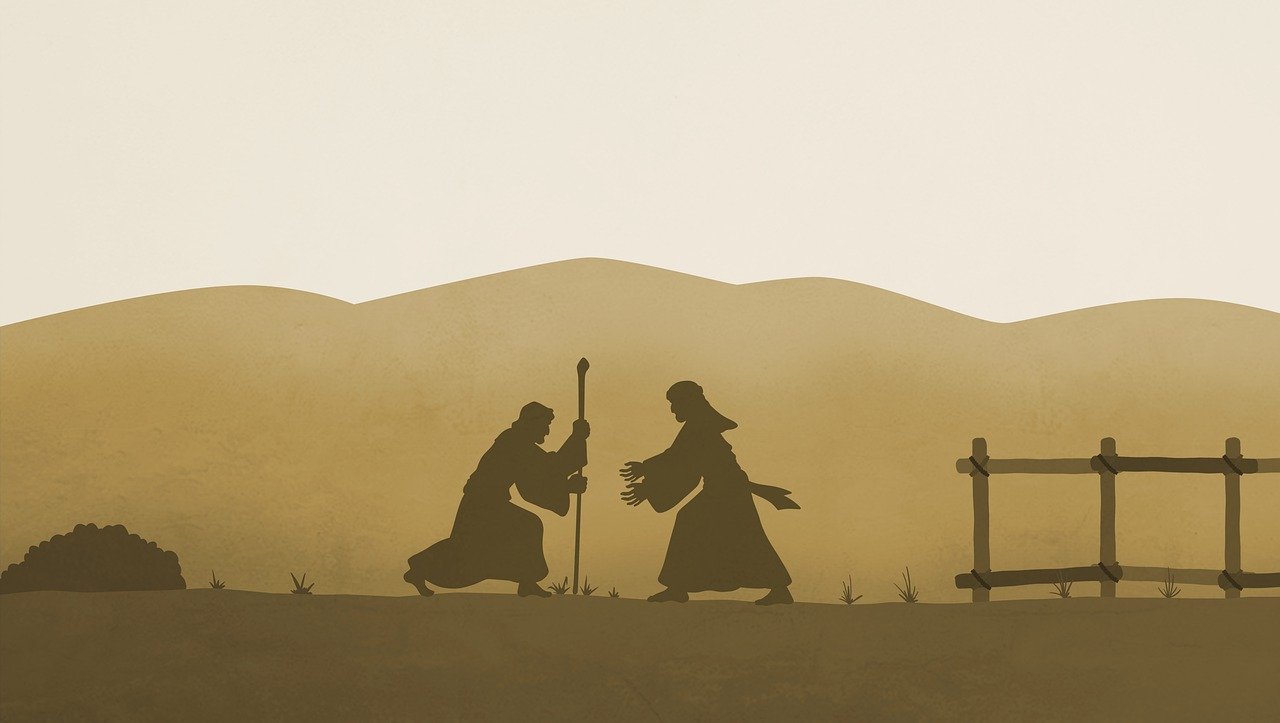 These three New Testament characters speak to me about the nature and power of the Word of God.  In particular, I am just now focused on this passage from Isaiah 55:

“For as the rain and the snow come down from heaven and do not return there but water the earth, making it bring forth and sprout, giving seed to the sower and bread to the eater,so shall My Word be that goes out from My mouth; it shall not return to Me empty, but it shall accomplish that which I purpose, and shall succeed in the thing for which I sent it” (Isaiah 55:10-11).

The Word accomplishes what the Lord purposes it to do. These ends-of-the-earth examples reveal this to me.

Consider first Jesus’ parable from Luke 15 of the young son who squandered his inheritance, which he demanded to receive while his father was still alive and breathing. This son journeyed to a far country. He sought adventure. He was bored with his home life. He got his cash and his liberty and began his pursuit of happiness. And happy he was for a season as his money made him acquaintances who reveled in helping him spend away his fortune; it was a reckless and foolish descent as it turned out

That fortune had its limits and when the son had emptied his bank account, he was in a precarious state with no money and no friends and no food, as a severe famine hit the party place he had journeyed to. His only recourse was to take the most unclean of unclean jobs; that of feeding pigs – animals that Jewish law forbid him to eat. So hungry did he become, that he longed for a taste of the slop that was dumped before the swine.

And then, “he came to himself” (see Luke 15:17). Thoughts of his father and his father’s way of caring for his servants broke through his despair and fierce hunger. He caught the meaning of these thoughts and turned himself toward home: “I will arise and go to my father, and I will say to him, ‘Father, I have sinned against heaven and before you’” (Luke 15:19).

Jesus’ story revealed that a sliver of hope remained in the heart of that son, even as he lived high on the hog before falling into the pigpen he made with his sinful ways. That frail thread of hope was there when he needed it, for this is the way of the Lord: “A bruised reed He will not break, and a faintly burning wick he will not quench; He will faithfully bring forth justice” (Isaiah 42:3).

A still, small voice spoke in the darkness of this son’s life and so he went home – where he fell into the arms of his loving, watching, running father.

The Man and the Legion

I believe it was a still, small voice that whispered deep inside the savage who is written about in Mark 5. This man, possessed by a legion from hell, saw Jesus afar off and “he ran and fell down before Him” (Mark 5:6). The man made his abode among the tombs and raged at everyone and everything. Chains could not restrain him, such was his wildness and strength. He thrashed away any shackles fastened to him.

Jesus showed up and this man’s bruised and battered reed came alive and played a quiet yet strong song of salvation to his heart.The legion man came to himself and went after the Lord. In an instant, he was able to choose Christ. It was the Word inside of him, the Word that never returns void or empty of its purpose, the Word that may seem to lie dormant and weak, but the Word is alive nonetheless.

Even the devils, it seems to me, cannot erase from their consciousness the things that were told them of Christ the Son. Click To Tweet

This moment saw him break the grip of the forces that had imprisoned his spirit and mind. Even the lot of demons had to bow down in recognition of the Son and His authority. These fallen angels learned this reality of God; somewhere, somehow, they could not resist Him. The legion was left begging for new accommodations in the herd of pigs feeding nearby. Even the devils, it seems to me, cannot erase from their consciousness the things that were told them of Christ the Son.

The now delivered demoniac looked to join the company of Jesus at once. But God had other plans for him. He was sent home to tell his story of deliverance. God told him to “Go” and tell and this man went and told the truth of his redemption by Jesus. His good news produced a great effect in the community. For when Jesus later returned to the region, people brought to Him every sick, diseased, and possessed person they could find. And His power healed them all.

A Passage to Paradise

At last, let us take up the case of the dying robber, the one who hung upon a Roman cross beside the Savior. This man was sentenced to death for his violent criminal ways. His execution day came on Good Friday and so he was one of two transgressors with whom Jesus was numbered.

Quite the scene gathered at Golgotha before this man. Usually, these crucifixions were somewhat mundane. The Roman authorities so regularly slew enemies of the state this way that those who died on crosses were hardly noticed and quickly forgotten. Their bodies were chucked into mass graves dug to hideaway the remains of the empire’s so-called villains.

There, among the crowd, was the mother of Jesus, standing with John the Apostle.

Was this criminal’s mom there as well? What had she come to think of her son?

Theologian Carl R. Trueman pointed to this thief in his article, “Encouragement for Parents in Our Sexually Confused Culture” (see www.crossway.org).  To parents, Dr. Trueman wrote this: “If you taught your kid well, then the Lord can still use what you taught them at the appropriate moment in time to bring them back.”

A still, small voice this robber could hear amid the chaos. It was the voice of the Savior as He sought the Father for forgiveness for those “who knew not what they did” in killing Him. Battered, flogged, and crowned with thorns, Jesus spoke even then.

And the robber heard Truth. These words from Jesus recalled something to his mind. He recognized the Innocent One. He also understood something of the Kingdom to come.  All was not lost for him. He sensed the Son who was nailed beside him, and he hung his destiny upon Jesus. “And he said unto Jesus, Lord, remember me when thou come into Your Kingdom.”

The Lord answered the robber’s prayer, for it was in fact a prayer, a desperate prayer for deliverance, a heart’s cry for salvation. “Truly, I say to you,” Jesus responded. “Today, you will be with Me in Paradise” (see Luke 23:42-43).

In the order of Jesus’ sayings at Calvary, Christ took note to bring home this robber before He addressed Mary, His mother, and John, regarding her care going forward, a duty of honor required of Jesus as the family’s firstborn Son. The Son of Man’s priority, however, in His coming was to seek and to save the lost (Luke 19:10).

The robber came to himself and gained Paradise, all by grace through the mercy bestowed by the Savior at the Cross. Truth prevails; even the smallest piece of it cannot be dismissed. The dimly, burning wick of the candle of the Lord can burst into the brightness and glory of Light at any moment.

Heaven and earth shall pass away.