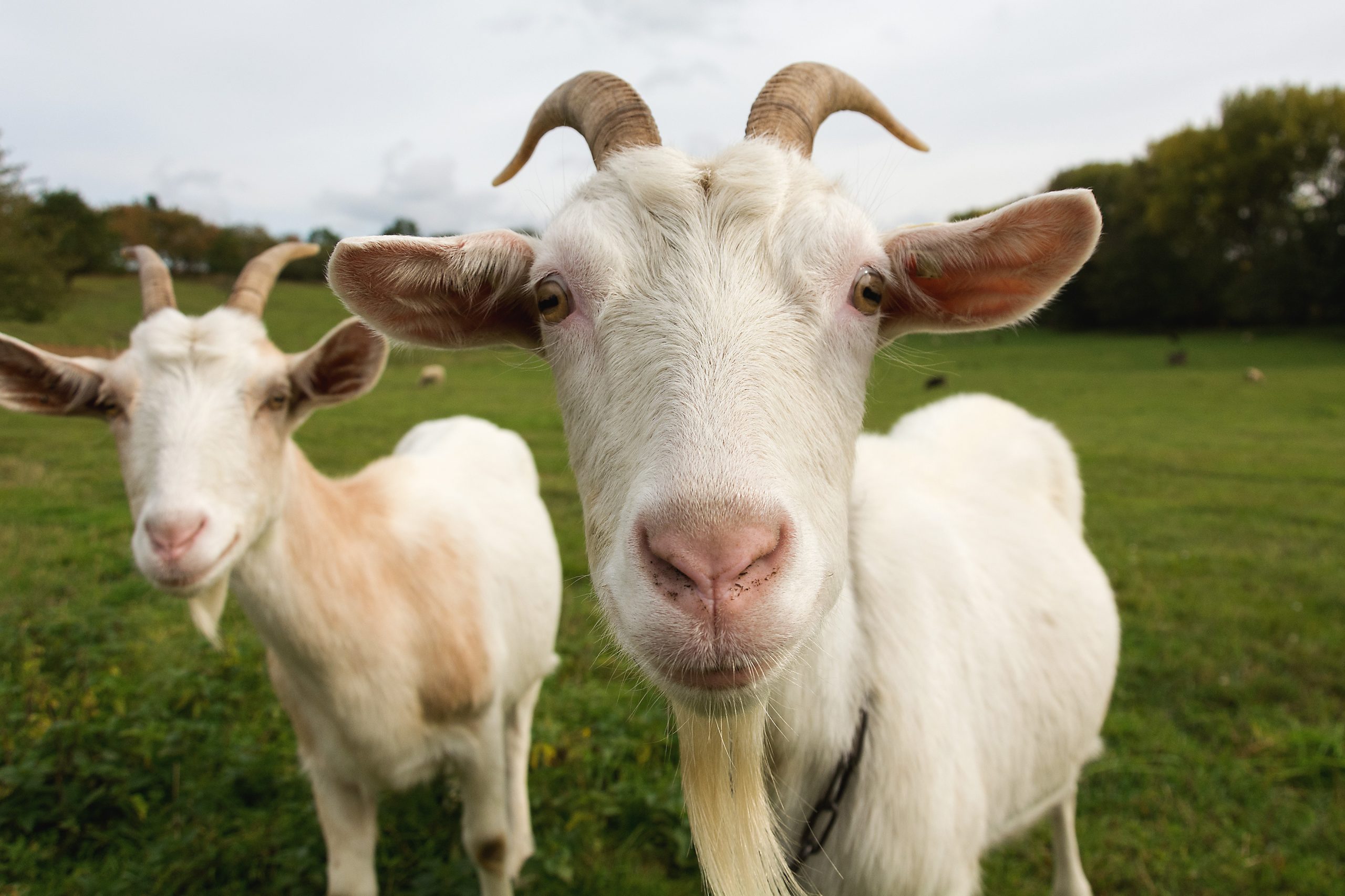 The most holy day of the year for the Jew is Yom Kippur, the Day of Atonement. It occurs in the midst of a 10-day period of introspection and repentance. We find the description of its religious requirements in Leviticus 16. One aspect of this celebration is the role played by two goats.

“He shall take from the congregation of the sons of Israel two male goats for a sin offering and one ram for a burnt offering. Then Aaron shall offer the bull for the sin offering which is for himself, that he may make atonement for himself and for his household. He shall take the two goats and present them before the Lord at the doorway of the tent of meeting. Aaron shall cast lots for the two goats, one lot for the Lord and the other lot for the scapegoat [azazel – goat of departure]. Then Aaron shall offer the goat on which the lot for the Lord fell and make it a sin offering. But the goat on which the lot for the scapegoat fell shall be presented alive before the Lord, to make atonement upon it, to send it into the wilderness as the scapegoat” (Leviticus 16:5-10)

There is great significance in the roles that the two goats play. One goat was selected to be the sin offering to the Lord, for the people. The High Priest would sprinkle the blood on the Mercy Seat (the lid that covers the Ark of the Covenant). The other was to be the scapegoat, “presented alive before the Lord, to make atonement upon it, to send it into the wilderness as the scapegoat”. God was separating the sins of the people from them “as far as the east is from the west” (Psalm 103:12). “The goat shall bear on itself all their iniquities to a solitary land; and he shall release the goat in the wilderness” (Leviticus 16:22). Wilderness is a type of the world system and signifies the separation of the believer from worldly influences.

Abraham and his Two Sons

This metaphor appears earlier in the Bible story, in relation to the father of our faith, Abraham. You see, Abraham had two sons, one referred to as the son of the bondwoman and the other, the son of the free woman (Galatians 4:30). Their origins also determined their futures. One was destined to be the sin offering while the other had his future tied to the scapegoat.

In Genesis 22, God told Abraham to offer his son, Isaac as a burnt offering to the Lord. It was a test. Abraham passed the test when he raised the knife to kill his son according to God’s command. We know the end of the story, that the angel of the Lord (most likely a Christophany) stopped Abraham and instead provided a ram for the offering. Abraham was willing to follow through because he “considered that God is able to raise people even from the dead” (Hebrews 11:19). God promised blessings to Abraham through his seed and, according to Romans 4:21, he was “fully assured that what God had promised, He was able also to perform.”

In Genesis 21, God told Abraham to honor his wife Sarah’s wishes to remove the son of the bondwoman from the house and he did that with some hesitancy. In verse 12, God said, “Do not be distressed because of the lad and your maid; whatever Sarah tells you, listen to her, for through Isaac your descendants shall be named.” Abraham took his first son and Hagar into the wilderness, providing only bread and water and left them to their own abilities to survive. In verse 14, “And she departed [with her son] and wandered about in the wilderness of Beersheba.”

The apostle Paul provides more insight into the relationship between the two sons with reference to their mothers in Galatians 4:21-31. In verses 24-26, he identifies that the two mothers represent two covenants. Hagar represents Mount Sinai and “corresponds to the present Jerusalem” (old covenant) while Sarah, the mother of Isaac, the child of promise speaks to “the Jerusalem above is free; she is our mother” (new covenant). Paul’s conclusion in verse 31 is “So then, brethren, we are not children of a bondwoman, but of the free woman.” The sin offering represented by the first goat ties the new covenant believer to Calvary and the perfect sin offering of our Savior. Our life in Christ acknowledges our death on that same cross. In Galatians 2:20, “I have been crucified with Christ; and it is no longer I who live, but Christ lives in me; and the life which I now live in the flesh I live by faith in the Son of God, who loved me and gave Himself up for me.”

There is a third appearance of the two-goat metaphor and it is found in the New Testament. In Mark 15:7-15, the Jews were given a choice by Pilate to release a prisoner condemned to death and they had two choices: a man named Barabbas or Jesus, “King of the Jews.”

It is interesting to note that Barabbas is an Aramaic name and is the combination of two words, bar meaning “son of” and abba meaning “father.” Barabbas is the son of his father, the son of the world. We all know that the people wanted Jesus to be crucified so much so that they were willing to release a robber and murderer. Not understanding the ramifications of their choice, they discarded the first goat and endorsed the second to go back to the wilderness with all of his sins on him.

Hebrews 9 addresses the implications of the offerings by the Old Testament priests, that they were not perfect since they did not remove the sin from the conscience. On the other hand, Christ’s offering is perfect because of His precious blood, much more valuable than any animal sacrifice. Therefore, “how much more will the blood of Christ, who through the eternal Spirit offered Himself without blemish to God, cleanse your conscience from dead works to serve the living God?” (verse 14).

The perfect offering is one that cleanses the conscience, having removed sin’s effects from each who believe to serve the living God. As the perfect offering, Jesus, the first goat is our answer to everything that separates us from our God while the second goat, our sin nature, should be relegated to the wilderness. “For he who lacks these things is shortsighted, even to blindness, and has forgotten that he was cleansed from his old sins” (2Peter 1:9).