Behind vision, we find redemptive revelation; nothing else quite produces a vision by which people do not perish.

2 Corinthians 4:16 reminds us, “though our outward man perish, yet the inward man is renewed day by day. “

Inward renewal keys the visionary’s gaze which is the image of Christ and Him crucified. This must be a constant for every believer or the restraints of forward movement are nullified.

Folks, it remains that the image of Christ and Him crucified includes”Love” which covers the multitude of sins — those flaws acknowledged and those denied.

Yes, Love and Sins’ final judgment is the vision-maker of every blood-bought believer.

Standing opposed to vision are man’s many differences.

These differences should find solution in the uniting of all men under the banner of Christ’s “breaking down the middle wall of partition” between individuals and groups, a by-product of His dying, and so making peace. With Christ’s work, even though differences of personal conviction remain, love respects each person, created in God’s image.

In contrast, the present culture offers the vision of a “self-realized” society, one in which it is presupposed that we all were born free of sin-natures. This false-vision needs no redemption, none of Christ’s blood shed for the remission of sins. Instead, their vision offers simplistic answers to more complex issues, and greatly underestimates the irreconcilable differences between many peoples. Sometimes the phrase “Survival of the fittest” is  a simple enough guide  for these. 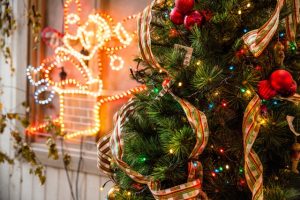 Frankly, the cosmic world has no uniting virtue to speak of (just heady ideals), and must battle it out in the arena of trying to reconcile ideological differences, while keeping a straight face. Good luck!

Dr. Carl H. Stevens, in his booklet, “The War against the Mind” establishes three essentials of Christian vision. Each are “positionally true right now” — their experience comes progressively.

This “standing” or “position” of a believer’s status before God, represents that they are a soul “bought back” from the slave-market of sin.

These parameters of redemption must stay connected in the believer’s mind and heart with the help of God’s Holy Spirit, or we fall prey to the culturally accepted methods rooted in humanistic ideals, and a pseudo-freedom which supports the removal of all restraints.

Frank Peretti wrote a book called “The Wounded Spirit.” The book’s content reflects the many woes of “bullying” and it’s deeper reaching effects in our schools.

Here’s a quote, “people come in all shapes and sizes, with all kinds of disabilities and abilities — some are slim,, some are fat, others are handsome, ugly, inferior, strong, weak, dorky, or nerdy — but God made us all, so that makes every one of us special, despite our shortcomings.” 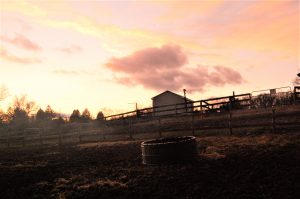 “If that does not happen, ‘strength of body’ will determine right and wrong.”

So let’s close. Only a person who lives in this world, but is not of this world, can survive in the down drag of a culture which relies on mankind’s own strengths. Most would admit that when it comes to getting along with fellows, we are greatly challenged. Even getting along with a spouse can be tough. We have all watched school teachers worn out by the “system” and nurses blitzed by the challenges. Religious and Pastoral often throw in the towel, politicians fight among themselves.

Finally, in Ecclesiastes 9:14 a poor wise man saved the city. “there came a great king against it, and besieged it, and built great bulwarks against it.” After saving it “no man remembered that same poor man.”

Friends, redemption’s love may not be popular in our high-powered society. However, love is essential for vision. Let’s visit the Cross, find our sins removed, our lives dead, buried and resurrected, and our lives hidden, with Christ in God! We may salvage some lives!