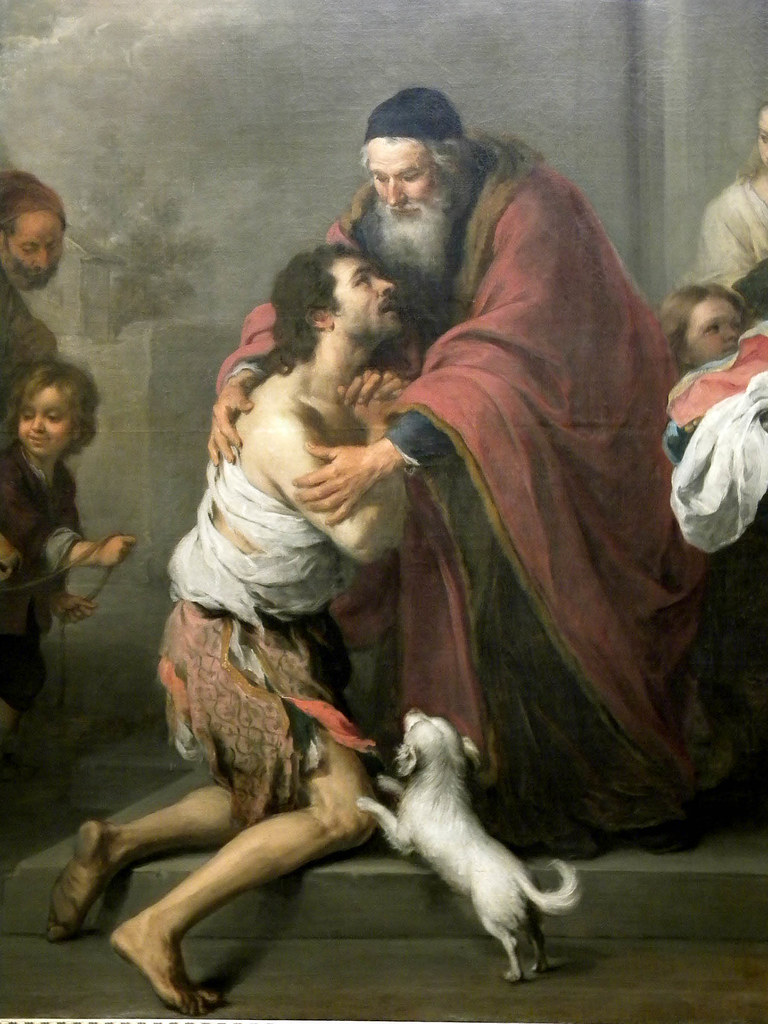 One of the most recognizable of Jesus’s parables is the Prodigal Son. Most of us have heard messages on the subject of a restored relationship with the Father using this parable as its text, but what if this particular lesson was intended to address the Jews? Since Jews and Christians share the same Father, could Jesus be referring to the Jews as the prodigal? If the Jews are the prodigal, then how is the church the older brother?

In Deuteronomy 21:15-17, the law of Moses addresses the man who has two wives, one loved and the other unloved, and the unloved one has borne him a son as the firstborn. Verse 17 concludes: “But he shall acknowledge the firstborn, the son of the unloved, by giving him a double portion of all that he has, for he is the beginning of his strength; to him belongs the right of the firstborn.” In the Prodigal parable, the younger son is the prodigal while the older son has been serving his father and says, “I have never neglected a command of yours”.  The church is the firstborn as reiterated in Hebrews 12:23, “church of the firstborn” and therefore represented by the older brother.

In Luke 15, the prodigal receives his inheritance and journeys into a distant country and squanders his estate “with loose living”. This speaks to the Jewish nation’s tendency in Old Testament times to enter into unholy alliances with pagan nations instead of trusting God. These alliances ultimately undermined their relationship to God. Instead of recognizing the ongoing blessings of God as His expression of love and protection, they took ownership of those blessings and it distorted their view of themselves and God (see Ezekiel 16:13-15).

Faith in God has always been His economy in delivering everything the Jew or Christian needs (Romans 4:13). The religious Jew, characterized by the scribes and Pharisees of Jesus’s day, did not publicly recognize Jesus as Messiah, but continued promoting not only the law of Moses, but thousands of additional laws (the Mishnah). In Luke 15:17, the prodigal “came to his senses”, he came to recognize Jesus as Messiah.  He finally acknowledged that he would be far better off as a hired hand than to remain in his current state. In Psalm 84:10, “For a day in Your courts is better than a thousand outside”.

Of course, the Father only felt compassion toward His prodigal and welcomed him back home with a kiss (verse 20). In Isaiah 30:18: “Therefore the Lord longs to be gracious to you, and therefore He waits on high to have compassion on you. For the Lord is a God of justice; how blessed are all those who long for Him.” The Father is anxious for His people to return to Him and avoid the wrath that will be “the Great Tribulation.”

The Father is anxious for His people to return to Him and avoid the wrath that will be 'the Great Tribulation.' Click To Tweet

Jonathan Cahn, a Messianic Rabbi has written the Oracle, a book dealing with the Jewish nation and her future. It uses the year of Jubilee as the basis of presenting the current work of God to bring the Jews back to their land. It recognizes the moving of God beginning in the late 19th century through Zionism to get the Jews to come back home. The promised land had been controlled by the Ottoman Empire (Turks) for hundreds of years and it was illegal for a Jew to own land in the area known as Palestine. But that changed in the latter part of the 19th century when the Turks needed to raise funds to pay debts and allowed ownership of Palestinian land to Jews for the first time. This began a migration of Jews back to “their home” which continues to this day.

Then in 1917, the Ottoman Empire lost control of Palestine to the British in World War 1. It was the British and President Truman that led the movement to allow the nation of Israel to reform as a recognized nation in 1948 in fulfillment of Ezekiel 37. This reformed nation was the beginning of a movement known as “Aliyah” a Hebrew word meaning ascent which references the return to Jerusalem, since it is on a mountain. This movement is calling Jews scattered around the world, the diaspora, back to their original homeland. Jonathan Cahn believes this is not just a geographical call, but a spiritual one, to recognize Jesus as Messiah.

Jesus makes reference to a time He calls “the times of the Gentiles” being fulfilled in Luke 21:23-24. Whether this reference is a period of time or a particular day, it sure seems like it began with the reformation of Israel in 1948 and continues with “Aliyah”. The apostle Paul references this time in Romans 11:25 when he speaks of a “partial hardening” of Israel until the “fullness of the Gentiles has come in”. He sees a movement of the Jews back to God and that movement would be a means of showing God’s mercy to “to all” (verse 32). What greater way to show mercy than to the ones who rejected their Messiah in the flesh!

Getting back to the parable, there was an older brother who had a real problem with the Father showing this kind of mercy and compassion. The world in general and even many Christians have serious problems with anti-semitism. An article written by Gary Rosenblatt in March, 2020 quotes Abraham Foxman, a child survivor of the Holocaust who led the ADL for five decades regarding our current state: “We’re living in an environment today that is more user-friendly to the virus [of anti-semitism],” he said, “a time of incivility, lack of tolerance, no respect for the truth. And with it comes politicization, polarization, frustration, anger, hate—all the elements that fuel the virus.”

It’s time for all believers to welcome the prodigal! This is the evidence that the “fullness of the Gentiles” is near or here. This movement of God will ultimately conclude with the Lord’s return. Praise the Lord!