What to Do with Jesus? 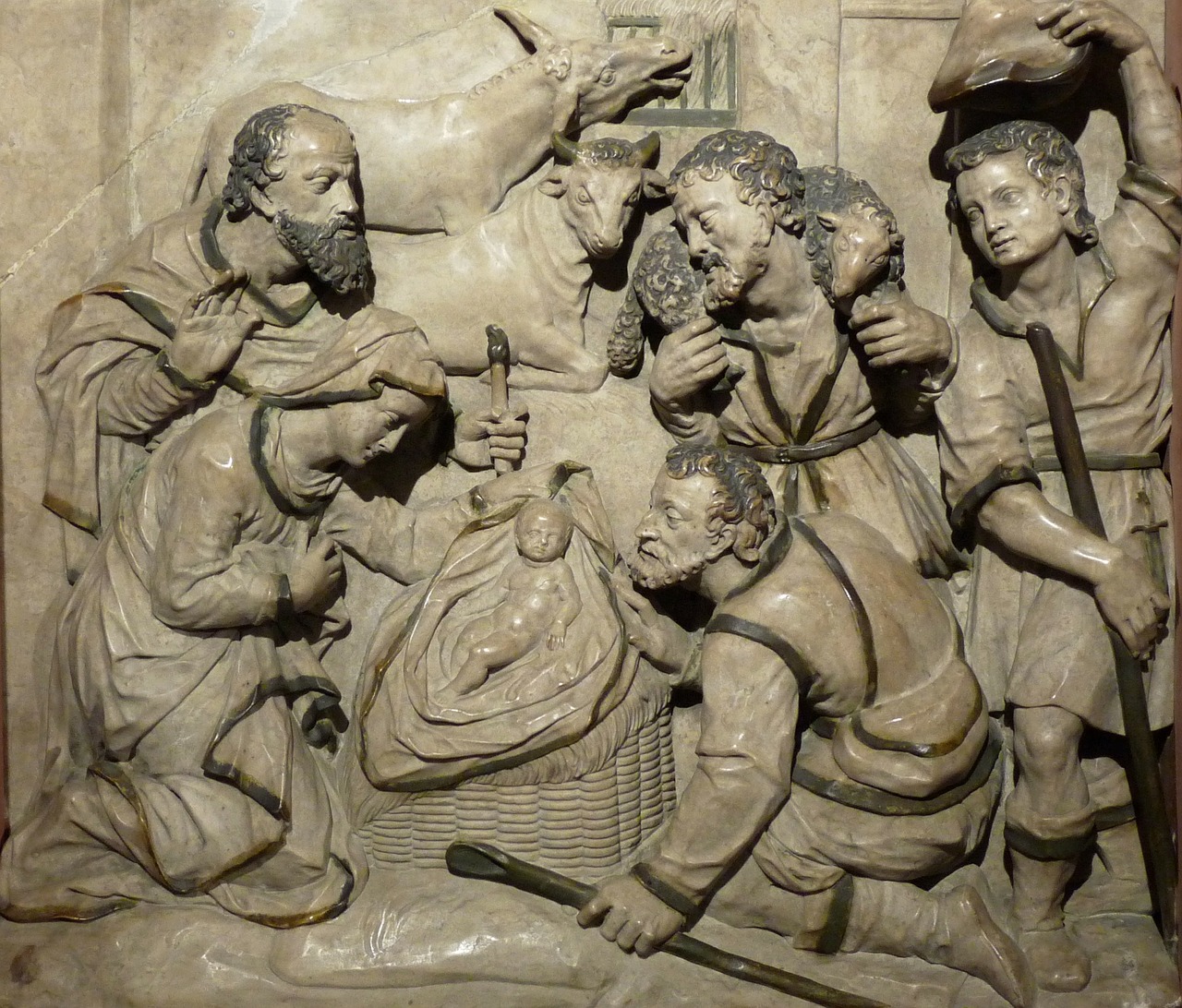 The Christmas story is full of people who had to answer this question.

It really started with Mary, a young girl living in Nazareth. She was a woman promised. Her husband was to be Joseph, a carpenter in the town.

And then Gabriel arrived in her small room. This angel brought incredible words to this girl. She was told that she had found favor with God. She was chosen to give birth to the Son of David, the King of kings. These were remarkable things to hear, especially for a virgin of her age.

How would this happen? She asked. It was a big question.

Why the Baby would come though a Holy Spirit miracle, of course, Gabriel explained. An incredible story must have an impossible beginning, and this was it.

What would Mary do with Jesus? She would welcome Him.

Oh, the thoughts that could have bounced through her mind. What will Joseph say? How about my parents’ honor? The town gossips will have so much to talk about.

But it seems she didn’t take too much time to ponder the ramifications of this great assignment from Heaven. The angel’s message rang true to her. She did not hesitate.

This question came also to a ruler, a man of power and influence, a man with a throne. This one controlled Judea, Herod was his name. He came to entertain a cadre of visitors from the East. These travelers were men of wisdom and men of means. They came as something of a political delegation.

These visitors were people of light in how they studied their books and in the way they watched the skies. In their readings of ancient texts, they uncovered a significant truth. Royalty ran in the blood of Judah, among the tribes of Jacob.

The pages spoke of the King, and the mark of His coming was set above the earth. It was the sign of the Star that brought these wise ones to Jerusalem, and they came bearing precious and expensive gifts with which to worship and adore Him.

Herod, however, was a man of darkness. He shadowed the land of Israel as a distant descendant of Esau, the twin brother of Jacob. In essence, he ruled over his relatives. He behaved nothing like a brother to the Jews, or to any of his subjects for that matter. He was ruthless and brutal to all.

It was the sign of the Star that brought these wise ones to Jerusalem, and they came bearing precious and expensive gifts with which to worship and adore Him. Click To Tweet

Yes, he supervised the erection of a Temple in Jerusalem. He made it big and bright, a monstrosity appointed with gold. It was 46 years in the building. It became renown in the region, and it was the center of life for the Jewish community. For this, Herod demanded full submission to his governance.

The sudden message of another King bedeviled Herod. This challenge to His realm he could not abide. He summoned Jewish scholars. They gave Herod just the bit of information he needed.

The King of the Jews, according to Micah 5:2, was to come through Bethlehem, a town nearby. That satisfied Herod. From his perch in Jerusalem, he figured he and his forces could keep tabs on the Son.

Herod feigned himself as a worshipper to the travelers.  He told them to find this King so he could welcome Him too.

Herod’s true intentions would become clear when he learned that wise men snuck back home without his knowledge. The king, in a rage, ordered all boys under 2 years old in Bethlehem to be slain. The sound of mothers’ sorrow reverberated through the land.

What to do with Jesus? Herod’s answer: eliminate Him.

But mighty as this king thought he was, he could not stifle the purpose of God. Jesus was carried to Egypt, once Joseph got wind of Herod’s rampage in a dream. He, Mary, and the Child escaped and later settled in Nazareth.

Bethlehem, the city of David, what would be its answer? What would it do with Him?

The town was abuzz; it overflowed as families were forced to return to their places of ancestry to register themselves according to a Roman census decree.

Crowded. Noisy. Confused. It was a topsy-turvy scene for sure.

The old Christmas carol probably gets it wrong:  “O, little town of Bethlehem, how still we see thee lie.  …” This likely was far from a still and silent evening there and then.

Mary and Joseph arrived with her fully ready to give birth. They scrambled to find a place for her time of labor. It was of no use. The inns through Bethlehem were full. None had room for the King of the World to arrive.

One enterprising innkeeper, however, knew just what to do. He cleared space in his stable, and made it so Mary could deliver the Son of God in a manger, surrounded by curious beasts. Oxen and lambs witnessed their Creator make His human appearance.

What to do with Jesus? Bethlehem had just a dusty, cramped, tight spot to offer Him, a spot tucked away, a secret place that could belong to the Lord for this holy night.

This was more than enough. For the narrow Way is the One that leads unto life (see Matthew 7:13-14).

What to do with Jesus? Really it is a question that everyone must answer at some point in time. “For all flesh shall see the salvation of the Lord” (Luke 3:6; Isaiah 40:5).

Welcome Him, as Mary did. Worship Him, as the wise men did. Make room for Him, as the innkeeper did.

Come and adore Him. Rejoice and be glad in Him, the One born the King and Lord of all.