What We Have to Give 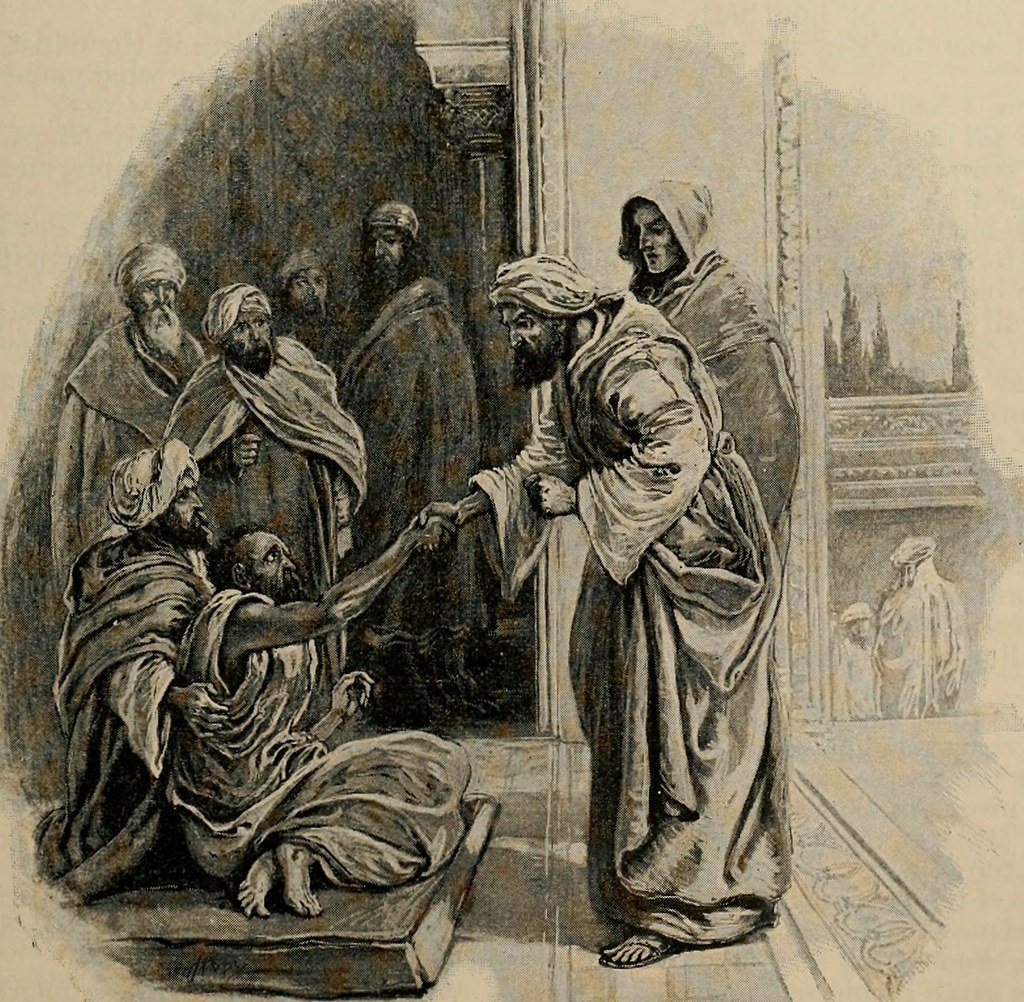 It was Peter the Apostle who said these words to a lame man. The man spent his days begging for coins from those headed toward the Temple in Jerusalem. He may have even had a homemade sign with a scribbled out plea like so many of those who position themselves at intersections in our cities nowadays.

This man had been set there, at the gate called Beautiful, by his friends and family. He was brought near to what was known as a holy place, one of God’s houses.

People tend to do this when trouble comes to them. They inch themselves closer; they seek to be near ones who seem to have connections to something outside the tragic reality that’s all about them.

As with the lame man in Jerusalem, troubled, anxious people who feel the effects of what’s going on these days will look to the prayerful and the preachers for answers. At first, their eyes are on the small stuff. They figure that they can nickel and dime away their needs.

Peter and John, who walked together on that day described in Acts 3, were short on cash – “I have no silver and gold. …” However, they did have something to give that was bigger and better. They had the Gospel message. They had words of life that they could speak. They had hands of charity that could reach out to him.

“In the name of Jesus Christ of Nazareth, rise up and walk!” And with that statement of faith, Peter pulled this beggar to his feet. With his ankles made strong, he leaped and entered the Temple.

The Wholeness of God

A few quarters and this man might have gotten a sandwich. His belly would have been a bit fuller for that day. This is not to diminish the work done so faithfully and mercifully to provide the weak, weary, and needy with food, clothes, shelter, etc. We supply the care of God in many ways.

The Name of the Lord serves to make people whole, and deep down there’s the sense about this in everyone. Yes, it is in everyone, as Ecclesiastes 3:11 declares: “[God] has put eternity into men’s hearts. …”

Many lay themselves out near us, seeking hope and help. Like the man in Acts, every one of us has been lame since birth. Depravity from the Fall rests in all human life. There’s an old sin nature at work. Click To Tweet

Those following God bear witness of Him. This can be felt by those in need of Him. There’s a smell of holiness about us, for Paul wrote:   “For we are the aroma of Christ to God among those who are being saved and among those who are perishing, to one a fragrance from death to death, to the other a fragrance from life to life” (2 Corinthians 2:15-16). Some smell life, others smell death, just by being near believers.

There was richness about Peter and John that the lame man could perceive. He listened to Peter and then took his hand. And then all the fun began.

Many lay themselves out near us, seeking hope and help. Like the man in Acts, every one of us has been lame since birth. Depravity from the Fall rests in all human life. There’s an old sin nature at work.

We all crave soundness of flesh and rest for our bones (see Psalm 36). Only in the Name of Christ can this be found.

Creation groans under curse of death. Every now and then, there comes a sign, a wail, a scream, a cry – these are revelations of just how broken this world is. Along with these, there come feelings of helplessness and hopelessness. The leaven of decay has been worked deeply and thoroughly into the loaf of life, and it brings a bitter taste that lingers.

“What I do have” I can give, as Peter and John gave. The Name of Jesus can be shared. We walk in the midst of what Psalm 40 calls “the great congregation” – a sea of people whipped and battered by winds and storms.

To this congregation, we are called to preach His righteousness and declare His faithfulness. Let us announce salvation and demonstrate His loving-kindness. Let us express the truth of His Resurrection and the reality of His Holy Spirit at work in us.

The lame will walk.

The lame will leap.

The lame will praise the Lord.

We will all be glad as we enter into the House of the Lord.

Be aware. Notice those broken and in need. Speak the Name of Jesus and watch them rise to their feet.