Where Our Prayers Go 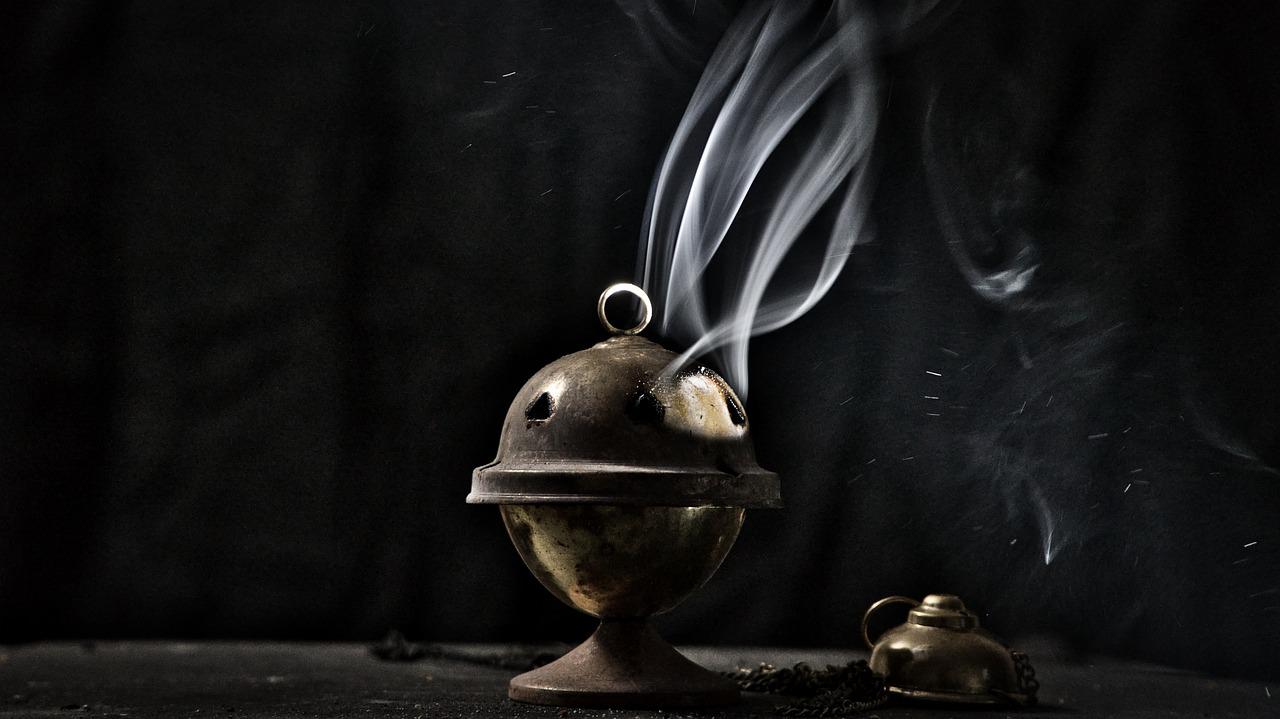 In the book of Exodus, Moses is given a pattern for the Tabernacle. This would be the worship center for the people of Israel as they marched toward the Promised Land.

Years of slavery in Egypt had exposed the people so much to the supernatural element of life from the wrong angle. Pharaoh and his subjects paid homage to a slew of gods and goddesses. These idols and the ideas and rituals associated with them were shown as frauds through the string of plagues that the Lord sent upon the land. Each plague was related to one of the idols that the Egyptians bowed before.

Once released from their bondage and from the pagan atmosphere they had lived in, the Israeliteshad to learn how to hear and talk to their Creator and Deliverer. False gods had fallen all about them. They needed to discover true worship and so the Lord gave them a place of focus.

The thing God prescribed for Israel was simple and portable. A tent is what it was.

It was fashioned from the materials that people donated. Whatever they were moved in their hearts to give they gave. So moved were they that they had to be prevented from making donations at a certain point because there was no more room for the stuff that they devoted to the project.

This response revealed the call of God that was alive in them. The various parts of the Tabernacle were put together to nurture this call and to draw the people nearer to the Lord.

The people would hear God and receive tablets of words — the 10 Commandments — instructions for the way to live in connection with Him. But they also needed something on which to center their attention.

The Tabernacle had a fabric fence that formed a courtyard. There was the altar of offering just inside the passage way and there the priests made the sacrifices dictated for sin offerings, trespass offerings, and peace offerings.

The interior elements of the Tabernacle were under cover and open only to priests at that point intime. The things positioned within the holier place included the Ark of the Covenant with its Mercy Seat. This was situated behind a veil in the deepest part, the Holy of Holies. Just before that veil was located the Table of Bread, the golden Lamp stand, and the Altar of Incense. Each of these pieces of furniture points to something significant in our approach to God.

A Picture of Prayer

It is the Altar of Incense that I want to draw your attention to. For this is the piece of the worship center designed to reveal the picture of prayer to us.

From the altar, the subtle smoke of incense rises and as the smoke rises fragrance is released. It is delicate and precious; something that cannot be ignored in the Holy Place of the Presence of the Lord.

This Altar of Incense speaks to us about how our prayers are carried to Him no matter how feeble they may seem.

All of Heaven is activated by the prayers that we pray. No promise of the Lord ever falls to the ground and neither does any true prayer. Our prayers go up, up, up, and up. They reach the throne of grace. Click To Tweet

Prayer and praying are subjects that many believers struggle with, and no wonder for our enemy fears our prayers. Hell recognizes that believers who learn to focus their faith in prayer are not easily deceived, discouraged, or beaten.

I would not call myself a prayer warrior. I still do struggle with making time and paying attention. My secret for beating this opposition is simply the Word of God. That is, I have learned to take the book of Psalms and use the hymns and songs there to help me say what I need to say to God.

It is a deception to think that I must make up my prayers or God will not hear me. Yes, we can become superstitious about chants and incantations and these things the Bible does label vain or empty repetitions. But if I offer God’s Word back to Him with a broken and contrite heart, His Word promises me that He hears me and is moved.

All of Heaven is activated by the prayers that we pray. No promise of the Lord ever falls to the ground and neither does any true prayer.

Our prayers go up, up, up, and up. They reach the throne of grace.

This thought was made clear to me only recently as I read Revelation 8. Through the opening part of this chapter, I gained a fresh understanding and encouragement about the reality of where my prayers go and the action they trigger throughout the realm of Heaven.

The Apostle John, guided through amazing visions of things to come, is given a rest stop here. We read about it: “When the Lamb opened the seventh seal, there was silence in heaven for about half an hour” (Revelation 8:1).

After a series of seals have been opened to unveil the course of God’s eternal purposes, John is shown something that is present tense. Prayers, our prayers, bring quiet time in Heaven — always. Everyone and everything situated above is called to attention. This half hour of quiet brings all that is eternal together.

Seven angels with seven trumpets are ready to blow their horns. The signals will serve to announce other scenes that will show more and more and more to the Apostle. Important things, for sure, are to be revealed. These trumpets, however, will sound only after our prayers are mingled with the incense delivered by another angel.

Revelation, as a rule, is written like this. The pages take us forward and then they bring us back to the now. We are shown what’s ahead, but always shuttled back to our present reality and how we are to live in it.

There is silence and the presentation of the prayers.

The report of John does not stop there, however. Let us not miss the point of Heaven’s reaction to those prayers.

“Then the angel took the censer and filled it with fire from the altar and threw it on the earth, and there were peals of thunder, rumblings, flashes of lightning, and an earthquake” (Revelation 8:5).

Our prayers go to the altar of Heaven. They are as incense; they fill the space as a fragrant cloud. This cloud is coming from the earth, from the hearts and mouths of believers who need help.

And how does Heaven respond as it breathes in this incense? With fire and rolls of thunder. With flashes of lightning and shakings of the ground.

This is the reality of the power of our prayers. These are the things we have to keep in our minds and our hearts.

Let us lift our eyes and look to where our help comes from. The God who watches over us never sleeps nor slumbers. Our going out, our coming in – all of what we do is before Him.

Every prayer we pray He hears. Let us lift up our voices.