The Blameless Heart, Walk and Way 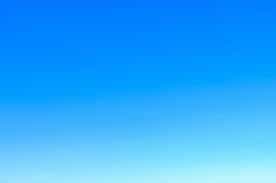 We are absolutely, unquestionably free from shame, blame, and guilt

Not too long ago we heard a message in which the Holy Spirit made it transparently clear that we are absolutely, unquestionably free from guilt and shame.  Every single one of all our sins, iniquities, and transgressions have been “blotted out like a thick cloud”, removed from us “as far as the east is from the west” (Isa.43:25; 44:22; Psalm 103:10-12).  The Lord Jesus Christ took our shame, blame, and guilt upon His own Body, suffered immeasurably because of it, then put it all out of the way – once and for all (He.10:10,14), forever!  There are so many verses in the Bible declaring this reality to us, as if the Lord knew that it would be difficult to believe such an extraordinary truth.  And the truth also is that as He is so are we – right now!  He has no shame, blame, or guilt as He sits at the Right Hand of the Father – and neither do we!

Believing and reckoning on the Truth of our blamelessness results in true virtue and integrity.

How do we walk in the truth of  our “blamelessness” before God and have it be our experience?  We reckon on what the Word of God says and walk in it by faith, dwelling in “secret place of the Most High” (Psa.91:1), which is “the place of absolute faith against sight, reason, and feelings” (Pastor Carl H.Stevens);  and we make a decision to believe what God declares above what we see, think, or feel on our own.  This is how our hearts are purified (Acts 15:9b).

Psalm 101:2-7 encapsulates and beautifully defines for us the blameless heart, walk, and way.   It all begins with the heart, because as I think in my heart so will I be and walk, which will result in the way that I choose.  In verse 2a, David declares “I will behave myself wisely and give heed to the blameless way – … “.  We’re reminded of Asaph’s words in Psalm 77:13 – “Your way, O God, is in the sanctuary [ in holiness, away from sin and guilt]. … “;  i.e., God has put away my sin and guilt forever, and by faith I do, too! THIS is the way of holiness.  THIS is the blameless way!  Finally, in verse 6b, David writes, “he who walks blamelessly, he shall minister to me.”  It is safe to say that such a man who walk such a way ministers to God as well!  But how does this work?  What does a blameless heart, walk, and way look like?

” …  ever on guard to keep myself free from my sin and my guilt.”

David understood.  “I was upright and blameless with Him, ever on guard to keep myself free from my sin and my guilt.” (Psalm 18:23)  But how did he do this?  Verse 24 tells us:  “… the Lord recompensed me according to my Righteousness, according to the cleanness of my hands in His sight.” David believed God, and he was counted as righteous (Gen.15:6).  He also knew undoubtedly that the Lord was his Righteousness (Jer.23:6; 33:16).  This is like what we read in Ephesians 1:4,  “Even as in His Love He chose us … in Christ before the foundation of the world, that we should be holy (…set apart for Him) and blameless in Him, even above reproach, before Him in Love.”  This is spiritual dynamite that could explode us into a life of freedom in Him … if we’ll only believe!  David so knew the Character of God and simply believed what He said;  he knew that he was clean, made blameless, through the words which the Lord had spoken to him (John 15:3).

The blameless man reveres and worships the Lord and delights in His mercy.

There are some who have trouble with David’s being forgiven and seemingly let off the hook after committing adultery and arranging a murder!  David indeed was chastised, with strife never leaving his domaine while he was king;  BUT he believed that God had forgiven him and had separated him from his sin, guilt, and shame.  Yes, what David did was evil in the sight of the Lord (II Sam.12:27);  thus, He sent Nathan the prophet to David (II Sam.12:1-12),  who tells the king what the Lord will do because of his sin.  And we see that David was not like Saul when confronted with his sin – Saul who, in I Sam.13, disobeyed God and Samuel and justified himself in so doing.  Then again in I Sam.15 he disobeyed God and Samuel and spared Agag and the best of all that was good from the Amalekites ( after being told to utterly destroy all).  Saul blamed the people first, then glibly admitted his sin (vv 24,30).  But quickly after his confession he asked Samuel to accompany him home and to honor him in the sight of the people!  Samuel did turn back after Saul but he also fulfilled what Saul did not carry out and utterly destroyed Agag. And Saul lost the kingdom.

On the contrary David never sought to justify himself in what he’d done, but rather admitted his sin and guilt BUT kept himself free from it (Psa.18:23,24).  Imagine his understanding of the Character of God!  “Blessed … is he who has forgiveness of his transgression continually exercised upon him, whose sin is covered. Blessed … the man to whom the Lord imputes no iniquity and in whose spirit there is no deceit.” (Psalm 32:1,2)  He was persuaded that God’s delight was not in him always “getting it right” but rather in those who fear Him and delight in His mercy (Psa.147:11)  He was indeed a man with a heart  purified by faith, who walked blameless in the way of holiness by reckoning on and standing fast in what today we call and embrace as “the Finished Work”.

He has no shame, blame, or guilt as He sits at the Right Hand of the Father - and neither do we! Click To Tweet