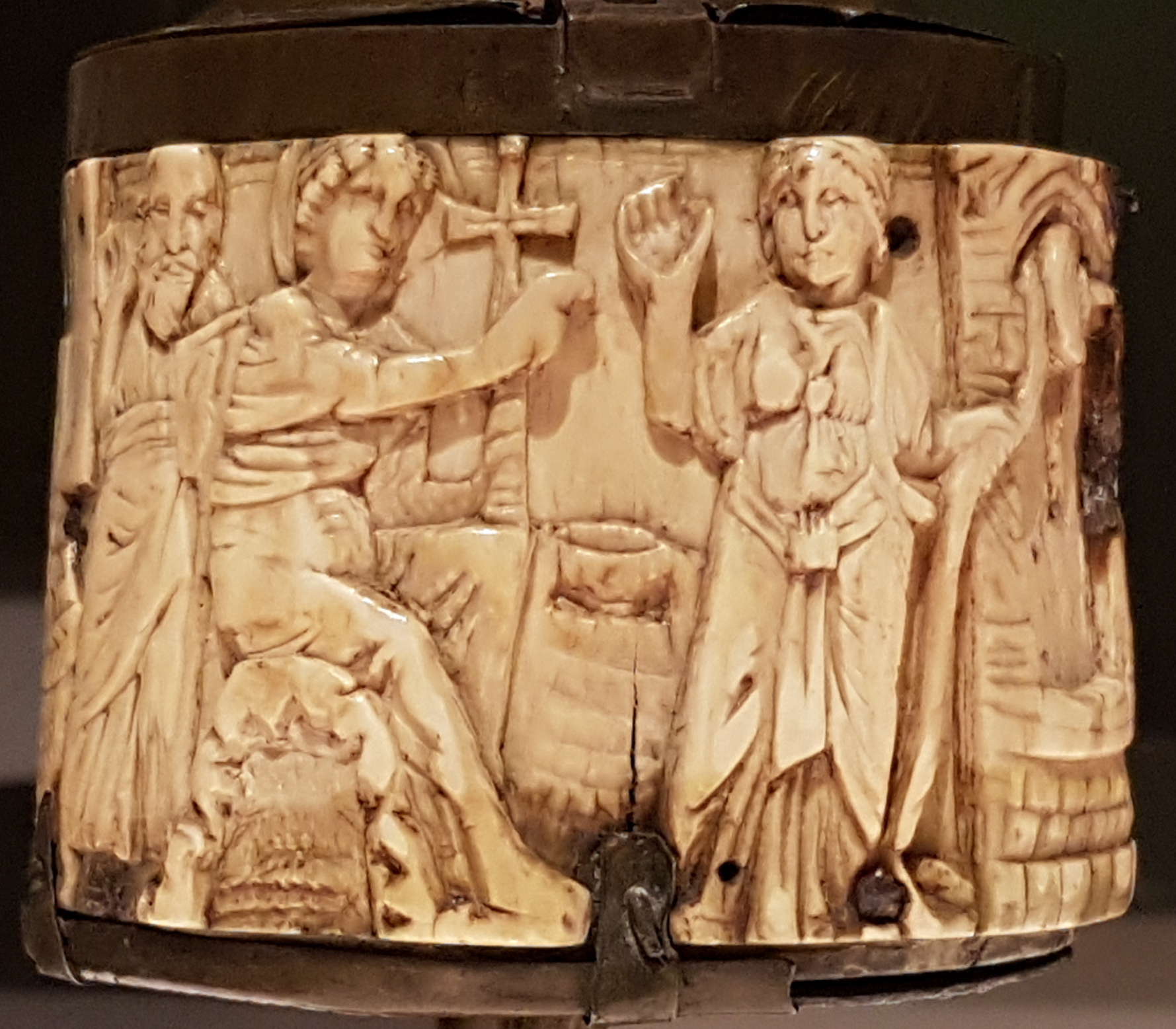 It was water she came for. This lonely, broken, thirsty Samaritan woman of Sychar brought a heavy pot to the well and found she was not alone as she usually was at this time of day in this place.

Jesus, a Jewish rabbi, sat there. Her first inclination was to smile and attempt to slip past Him and finish her business. She needed to get on with her day. There was a man back home who would be wanting his supper soon.

The words both arrested and annoyed her. She knew how the Jews viewed her kind. Samaritans were counted as an unclean group, a people to be avoided and treated with suspicion. Rabbis especially perpetuated this attitude, and rabbis, she assumed, had little use for women outside of the kitchen and the bedroom.

She blurted out a cold response: “ How is it that You, being a Jew, ask a drink from me, a Samaritan woman?”

It was here that Jesus began to unveil Himself and His heart to her. He spoke of the “gift of God” and the “living water” that, once received, leaves one thirsting no more. She could take this water from Him if she wanted it. She just had to go and fetch her husband.

With any other man, she likely would have fabricated a slick answer designed to get what she wanted. This time, in speaking with this One, she could only tell the truth.

“I have no husband.”

Jesus commended her honesty – “You have well said . …” Her history was well known to God the Son, now living as Man on earth. He talked of the five husbands she had married and of the man she had taken up with at this point in time. His admonishments were at once gentle and severe. “A soft tongue breaks the bone” reads Proverbs 25:15. Jesus brought her to the bottom. He had to do this. For His Living Water to flow in her and from her, she had to be emptied, and the stagnant puddles of failure and defeat had to be made dry.

The last of her defense mechanisms now crushed, she began to see Jesus as Someone different, as Someone supernatural , as Someone with answers.  “Sir, I perceive that You are a Prophet.”

The conversation turned to worship. She knew this was something important and necessary. She had heard it spoken of, but how was worship to be done? And, who, she wondered, is worthy of worship? She sort of knew the answer to that last query. “Messiah is coming and He will tell us” she said.

This woman was in the right place at the right time. For the Messiah, the Christ, was the One she was speaking to. “I am … He,” Jesus declared.

This reality dawned on her that instant. She dropped her bucket and hurried to town just as Jesus’ disciples showed up with lunch.

The woman broadcast her encounter with Jesus through the streets of Sychar. Soon citizens, Samaritans though they were, streamed to see the Prophet, the Messiah, Jesus.

It took the witness of one woman to bring revival. This town was just waiting for a witness. Click To Tweet

It took the witness of one woman to bring revival. This town was just waiting for a witness.

The Apostles, Jesus’ crack team of followers, the guys who had heard His gracious and powerful words, the ones who were front row spectators to a slew of miracle moments, had gone into the same town. And they came back with sandwiches and snacks.

What did this once desperate woman come back with? Souls, people in need and in trouble, men and women seeking the same thing that this woman had just found. The white field was right there, ripe and ready souls were all around. Just a few splashes of living water awakened something in them.

The disciples were mystified at the scene they had returned to see. Jesus, talking to a woman, a Samaritan – they had no words to describe their feelings. Then, apparently they remembered their stomachs and the lunch they had gone to get.

That was all they could say.  Jesus turned the conversation into something more.

“I have food to eat that you do not know about,” He said. Dull to the spiritual point being made by their Master, these men wondered about who had fed Jesus. It wasn’t the first time, nor would it be the last, that the closest of Jesus’ followers misunderstood something He said.

The Savior set things straight with this statement:  “My food is to do the will of Him who sent Me and to accomplish His work.”

Something remarkable went on in Sychar. There was a harvest of souls, and the disciples were bit players in this dramatic move of God. Think about this:  the disciples seemingly went to Sychar and said nothing about their Lord to the people they met. The bakers, the produce vendors, the gatekeepers were all there to hear the witness that the followers of Jesus had.

It took a new believer to reveal to them anew the joy of salvation and the excitement that comes with it. It brought joy to the Lord to see the Samaritans’ response to Him. The people of Sychar couldn’t let Him go, and so Jesus spent two days there.

“And many more believed because of his word. They said to the woman, ‘It is no longer because of what you said that we believe, for we have heard for ourselves, and we know that this is indeed the Savior of the world.’”

There’s something for us to learn here. Our way of witness should be one of constancy. In every place we go, we meet people made in the image of God and loved by Him. We must purpose to reveal Him whenever and wherever we are.

There are places like Sychar with desperate thirsty people are all around us. I must confess that I am as guilty as anyone of being familiar about who I am in Christ and about what I have to give others.

Let’s see the harvest and purpose to do His will and to accomplish His work. This is the real “food” that the Lord has for us. Let’s eat it up, and let the living water flow.