The Father’s Heart and Our Purpose 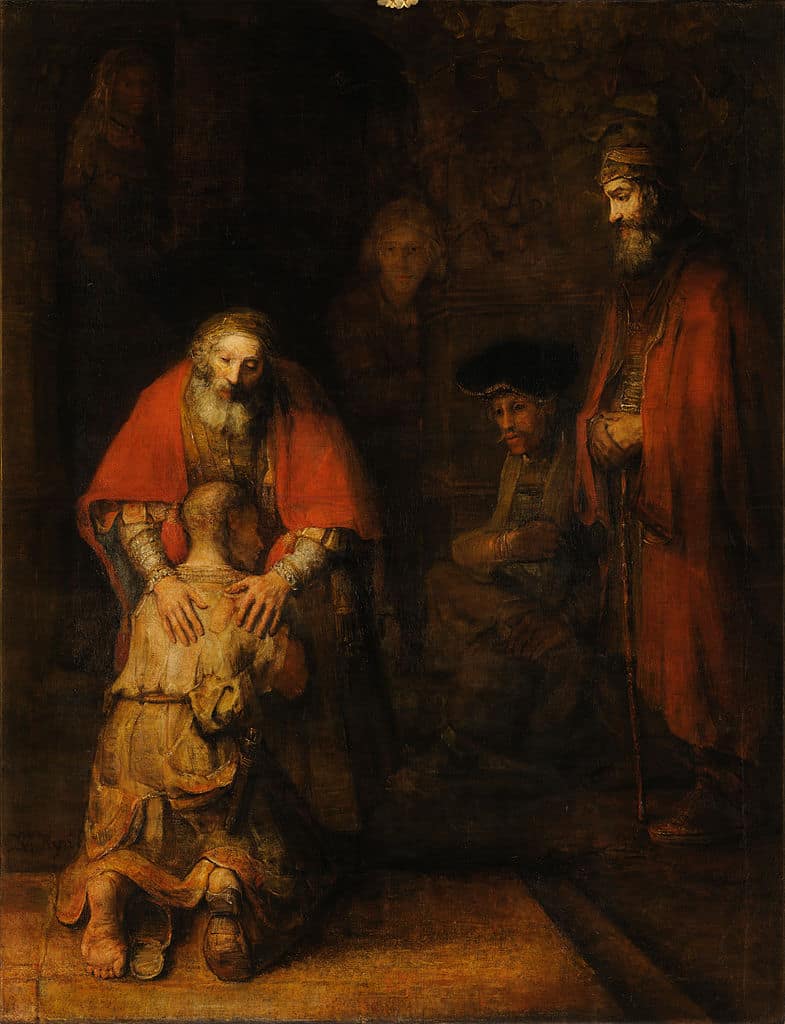 Jesus told a series of three stories in Luke 15, all of them related to lost things. This was the mission of the Son – “to seek and to save that which is lost” (see Luke 19:10).

This set of stories climaxes with what has been come to be known as the parable of the Prodigal Son. In this story, Jesus spoke of two brothers and their father. The younger brother sought to leave home and asked the father for his portion in the family fortune. This son wanted his inheritance, something that was usually dispensed after the family patriarch has died.

The father gave it to him, and he went off to a “far country,” where good times and friends followed his money until that money ran out. He wound up hungry and desperate, working for a pig farmer. There, in the slop, this son came to himself and decided to go home.

He could not have imagined the welcome that awaited him. The father ran to meet him, kissed him, dressed him, and ordered up a party. He ordered his servant to prepare the fatted calf – an animal carefully bred and nourished for a special occasion feast. The father rejoiced that his “dead son” had come alive.

The older son drew near the house as the celebration was in full swing. The sounds of music and laughter baffled him. He was told of his brother’s return and the father’s response to it.

He did not share his father’s joy. Instead, this brother grumbled and sulked, refusing to enter into this moment of mirth.

The father came to this son, as he had come to the long, lost one. This son let loose accusations in the midst of his bitterness: “Look, these many years I have served you, and I never disobeyed your command, yet you never gave me a young goat, that I might celebrate with my friends. But when this son of yours came, who has devoured your property with prostitutes, you killed the fattened calf for him!”

This son didn’t get his goat. This was his grievance. It seems like such a trifle, but bitter roots can spring from the smallest of seeds. Suppose the father had given him that goat. Would it have made a difference to this son’s heart? Not likely. The sense of entitlement and privilege was hardened in him.

Jesus’ audience for these parables was populated with more than a few religious Jews. These are the “elder brothers” who were chosen by God to be the people of the Book, the family of the Messiah, and the priests for the whole world. The nations were to see and learn of the one true God of Israel.

But Israel lost sight of the Lord. They turned to other gods. They forsook their mission and purpose. At this point in time, the Jews possessed a stubborn superiority complex. They refused to engage the culture around them. They had no concern for Gentiles. Rather, they refused to even eat with them.

The lost and dead are our concern for they are the concern of the Savior. Click To Tweet

Pay attention to how the father addressed the elder son. “Son, you are always with me and all that is mine is yours. It was fitting to celebrate and be glad, for this your brother was dead, and is alive again; he was lost, and is found” (Luke 15:31-32).

The Jewish mindset may have been to disassociate from the rest of the nations, but Jesus puts His finger on that error. The Father God was telling His people this: “These, too, are my sons. These, too, are your brothers.”

This speaks deeply to me as a believer, as a member of His holy Church. If an assembly becomes too much of a comfort zone for me, then the words of Jesus are not getting through. The lost and dead are our concern for they are the concern of the Savior.

For sure, things will not always be as I want them to be. People will seemingly get away with stuff. I will get hurt in some way. I will have a grievance. I will complain because I didn’t get my goat.

It’s OK. The Lord is with us always and all that is His is ours. These truths are forever promises.

The Lord Hears Us

The Lord can handle our gripes. Really, there is no other who can bear the kinds of things we sometimes allow to rise in us. His counsel is this: “Bring that stuff to Me, all of it. Lay it at the Cross.”

Once we have done this, we can then choose to be about the Father’s business. We can learn all over again the words we have read: “For God so loved the world that He gave His only begotten Son” (John 3:16).

His heart goes out to the lost, to those dead in their sins. He does leave the 99 sheep to pursue the wandering one. He finds that one, carries him home, and shares with us His joy at finding him. The nine coins are fine and accounted for. But that lost one must be located. The house is turned inside out. Every pillow gets tossed, rugs are pulled up, and corners are swept clean. The value of the piece demands such an effort. The rediscovery of the coin is cause for celebration. Neighbors and friends are called to rejoice.

Consider the value God puts upon every soul. Jesus spoke of the joy that fills the presence of the Throne when one turns to Him.

He is with us, and all that is His He has given to us. Oh, how great is the grace and mercy of the Lord.

I have a prayer I am praying often lately. I don’t want to carry an elder brother spirit. I want to learn more of the Father’s heart. I want to be moved to run with Him, with His robe, His ring, His shoes. The lost are His and because they are His, they are also mine.

“Join the party of mercy and grace.” That’s His invitation to all of us. Only when His joy is complete will our joy be complete.

I want to learn more of the Father’s heart. I want to be moved to run with Him, with His robe, His ring, His shoes. The lost are His and because they are His, they are also mine. Click To Tweet