The Father and His Two Sons 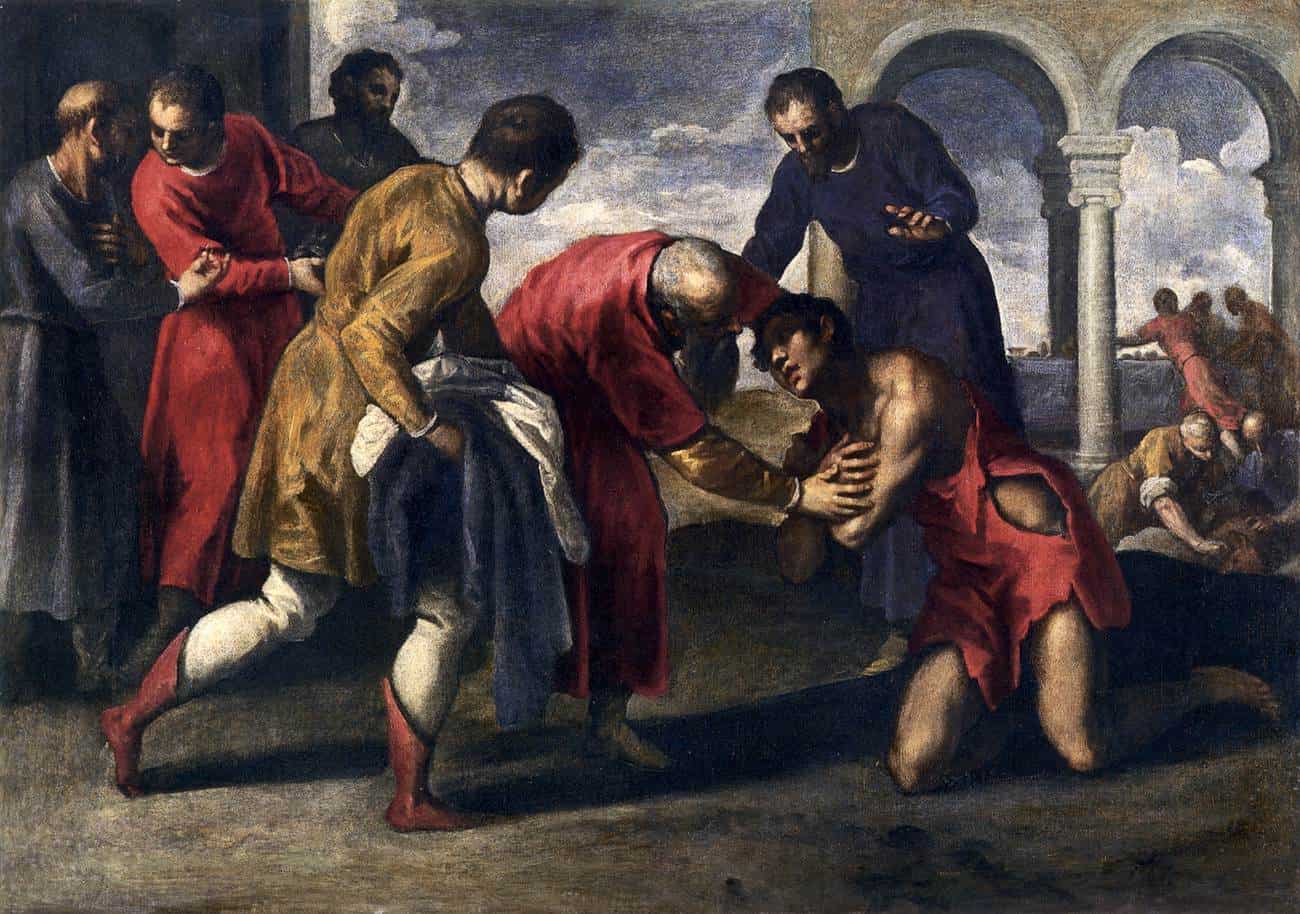 Cold, bitter, unforgiving, lost. This is how I would describe the elder brother in Jesus’ story of a father and his two sons.  But I don’t think he stayed that way.

We have come to call this the Parable of the Prodigal Son. But there’s a whole family dynamic that gets lost in such a title. Let’s set up the characters and the roles they play in this popular teaching. To each of them, I have assigned a few words that speak to the condition of their hearts.

This father and sons’ story climaxes a series of parables related in Luke 15. The chapter’s first story is about a shepherd with 100 sheep. One of those animals wanders away from the flock and must be chased down by the shepherd. The one sheep is found and brought back to the fold on the shoulders of the shepherd. Delighted with the accomplishment of his mission, this shepherd celebrated with a party.

That initial story concludes with Jesus telling His hearers that this is just how it is in the presence of the Father. When one sinner turns, heaven sees it as a cause for celebration; more celebrating is done over this one than what is done for the 99 who never need to be chased down.

Sound strange to you? Does God really express more happiness for those who fail and return? Is there no appreciation for those who follow Him in faithfulness? Those are valid questions. I think the 99 rejoice with the Father and this is why the celebration is bigger and higher. This is what happens when the flock knows and possesses the heart of the Good Shepherd. They share in His gladness.

The sheep story is about those who wander away from the purpose of God. Many drift due to ignorance and weakness. There are people whose real struggles require our pursuit. More than shoulders to cry on, these lost ones need shoulders to ride after they’ve been lifted out of the ruts and ruins they slipped into.

We get distracted and someone goes away. A point to note here is that this coin was still in the house. Click To Tweet

The second story Jesus told is about a woman and her 10 coins. One of these coins goes missing, and she turns on all the lights in the house and sweeps every corner until this coin is found. Again, the finding of the lost thing sparked a party.  With this parable, Jesus refers to a joy among the angels over one sinner who repents.  I think angels see precious people slip away, and they know God’s heart toward them.

What about us? Do we notice the gone ones? Perhaps, the woman in the lost coin story refers to us, to families, to churches, to leaders and pastors who lose track of someone precious. We get busy and distracted and someone goes away. A point to note here is that this coin was still in the house.

Every soul is precious to the Lord. He gives us charge over different ones and different groups according to His design. In this way, God can teach us how His heart works.

This brings us to the grand finale of this triplet of parables, the story of the father and his sons. Jesus talks of three people with three wills and three views on life.

What triggered Jesus to share this series of stories? It was the spirit He discerned among those listening to Him. Luke 15:2 tells us this: “… The Pharisees and scribes murmured, ‘This man receives sinners and eats with them.’” The religious ones were the targets of His teaching. They needed to know God’s heart.

The younger son is introduced as wanting to get away. He knows that he is due a portion of his father’s inheritance and the boy wants his money now — generally, inheritances are given after someone has died. He wanted to live it up while his father was still alive.

As Jesus tells His story, the father doesn’t argue; he just gives the son what he wanted. This son gathered his father’s money and started his adventure.  The younger brother invested what he was given in foolishness. He eventually found himself broke, empty, and unclean, and in that state he discovered something.

Jesus said that this foolish son, however, “came to himself.” That is, he thought about home and his father and how his father treated his servants. He decided to swallow his pride — the only thing he had to swallow at that point. “I’ll go home; I’ll seek his forgiveness — and maybe he will give me a job.”

Once he drew near, the father in the story ran to kiss him. He summoned his servants to get a robe, shoes, and a ring for his son. He shouted out a few orders: “Prepare the table. Kill the fatted calf. Let’s feast and be merry. My son’s alive and home. He’s no longer lost.”

This son misunderstood the father’s heart, thinking he would have to work himself back into acceptance. He expected never again to feel as a son. Instead, his father  covered him, made it so he could walk again, and placed a token of their relationship on his son’s finger.

This is the work of grace.

The son’s money? It was gone. Those wasted days? They were gone, too. The father’s love for him, however, remained and would ever be there for him.

So Close, So Far

Now consider the elder brother. He was lost while at home. He wanted something from the father and thought being a driven worker would get it for him. He bid his brother good riddance, and somehow he knew how it went with the wanderer. He grew irritated at the father’s seasons of watching the road.

Rather than join the young brother’s welcome home party, the elder one scowled and made a mental list of grievances, which he would later present when the father approached him.

The father reached for him, too. Both sons saw the same heart. To the one who came home, the father revealed all he was and what he could never lose. To the one who stayed home, he refreshed him and reminded of what was always his: “Son, you are ever with me, and all I have is yours.”

Then, I believe they both went into the house together and enjoyed heaping helpings of fatted calf.