Beyond Feeling and Sight 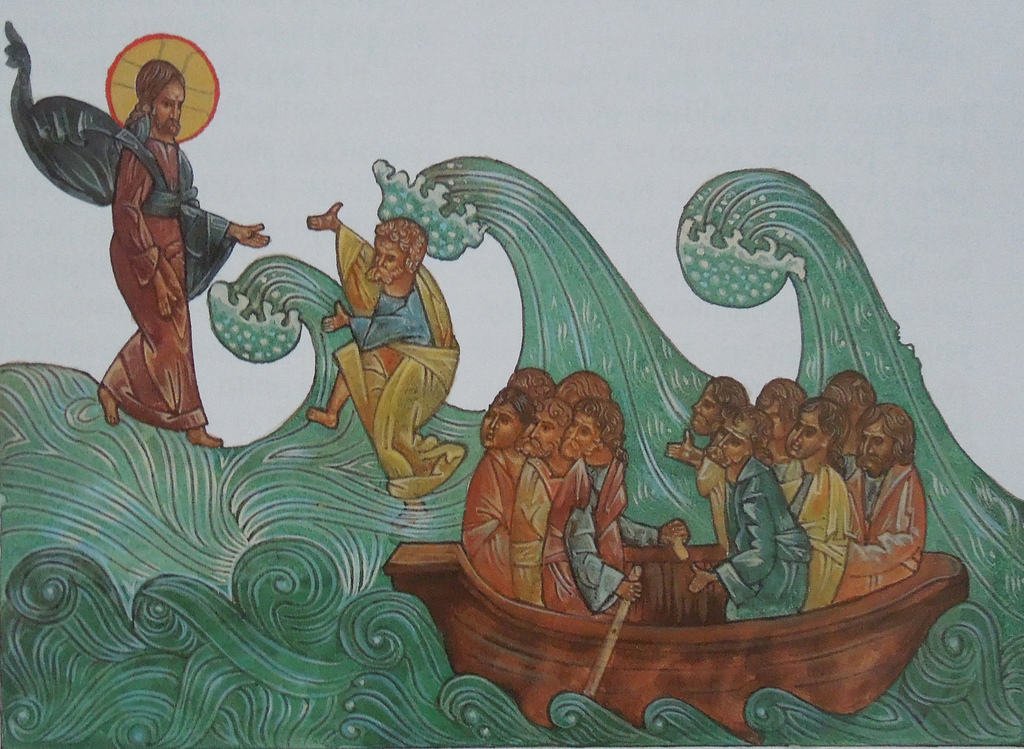 Jesus sent off His disciples to get them away from the crowd. He had just fed 5,000 men and their families from five loaves and two fish. This caused no small stir among the people. All had eaten, all were full – and there were leftovers, 12 baskets worth.

Knowing the ways and thought processes of men, Jesus discerned the mob mentality now at work among the eaters. This buzz about Him charged the atmosphere. Soon, the people would be ready to surge at Him, hoist Him upon their shoulders, and demand that He take His place as their long-awaiting king.

And they would do it for all the wrong reasons. They were nowhere near ready to submit to Him and His authority. They were thinking with bellies stuffed with fast food. Moments of satisfaction have a way of skewing attitudes. Feelings were getting the best of many involved.

From One Storm to Another

Jesus assembled His men into a ship and got them to sail away to the other side of the sea. I think He wanted to create some space between the disciples and the other group. The disciples could have easily been swept up in the mood of the hour and sucked into the draft of the Jesus-as-ruler movement.

Eventually, Jesus dispersed the multitudes and got away to a mountain where He could be alone to pray. He had stilled the potential of a political storm.  The disciples, meanwhile, found themselves in the midst of another kind of storm, adrift as they were,  on a turbulent sea,  in a vessel battered by strong and contrary winds.

Jesus met them there. He had moved them away from the one tempest, and now He would deliver them from this one. He came down from the mountain and walked across the water toward the ship. The sight gave the disciples a fright – their eyes mistook Jesus for an apparition, a ghost. Maybe the seafaring legends of the sea came to one of the fishermen’s minds. They cried out in fear.

These words from the Lord came just when the disciples needed them and seemed to be enough from most of those in the boat.  Peter, however, wanted more evidence – “And Peter answered him and said, Lord, if it be thou, bid me come unto thee on the water” (Matthew 14:28).

“Come,” Jesus said, and so Peter stepped out of the boat. This Apostle did well, until his eyes betrayed him. Peter “saw the boisterous wind” and what it was doing to the waters. The look of things triggered his doubts and he started to sink. In that moment, he knew enough to cry out to Jesus, who reached for him and together they walked to the boat.

The Eyes Do Not Get It

Our eyes can play tricks on us, particularly when we are under pressure. The disciples weren’t sure what they were seeing as Jesus walked toward them. Sight evaluations cannot be trusted.

Eve’s eyes were captivated by the attractiveness of the Tree of the Knowledge of Good and Evil. She saw its fruit and became mesmerized, so she ate and Adam did, too. We all are living in the rest of the story.

The after effects of the original humans’ choice to walk by sight have been devastating. More and more, we have become a world of watchers. We look more than we listen.

More and more, we have become a world of watchers. We look more than we listen. Click To Tweet

Throughout the recent Olympic Games, one commercial popped up over and over and over and over during the TV broadcasts.  It showed people staring into a variety of devices – mobile phones, laptops, iPads, televisions, etc. A happy, bouncy tune accompanied the images complete with this refrain: “Everything is awesome, everything’s cool when you’re watching a screen.”

Really? “Everything is cool when you’re watching a screen?” What a message to take away from an event that featured hundreds of people who probably did very little screen-watching in preparation for their athletic endeavors.

The lyrics of the commercial’s tune itself were reworked in order to promote the network entity in control of the broadcasts. The original version trumpets the awesomeness of being part of a team. It can be heard in “The LEGO Movie.”  This subtle manipulation was crafted to manufacture a foolish message.

We’re in the midst of cultural, religious, and political tempests. We face so many images and get pushed by so many feelings.

Will we take time to hear? Can we get back to listening? I believe the voice of the Lord is there. In the pages of the Bible, from the pulpits of our churches, in the words of family and friends, God still speaks.

Even back in the Garden, after the Fall, the Lord came and He spoke — “Where are you?”

Adam and Eve had hidden themselves in fear. Even in this moment of disaster and grief, the Lord was not silent.

To many, He asks this very question. The time of His return draws closer. He seeks to save the Lost. He calls to them.

To believers left confounded and confused by a world made mad by selfishness and sin, Jesus still speaks. His message is the same as it was to the disciples on that boat long ago.

For more about God being there for us, check out “God’s Throne in the Midst of Evil,” a message from Thomas Schaller, pastor of Greater Grace Church in Baltimore.