Listen in the Midst of the New Babel 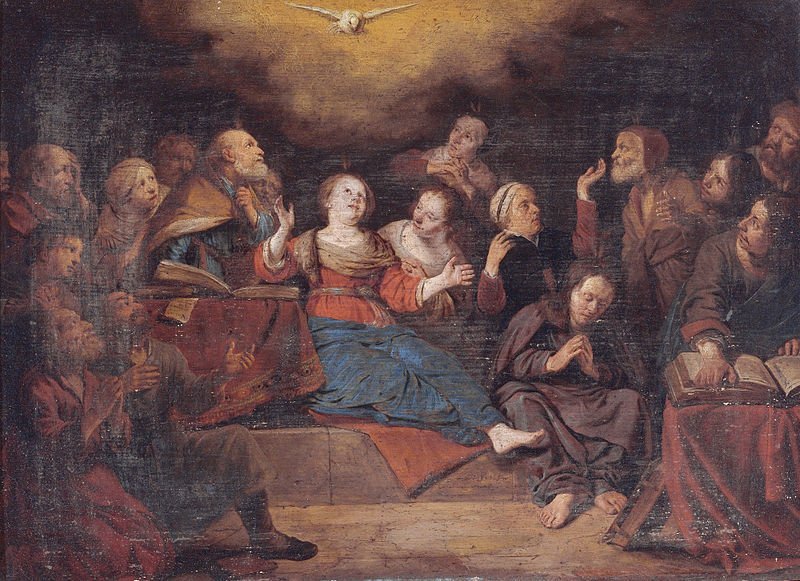 All of us came from the boat. At least, that’s the message of the Bible. The Ark came to rest on Mount Ararat and Noah, his wife, his three sons and their wives emerged to set foot on dry ground for the first time in months. This father’s obedience to the message of the Lord, and his faithful labor to construct something unnecessary by the environment of his day, brought deliverance to a single family.

Rain? Flood? These things were unheard of in an era when thoughts and imaginations were only evil continually. But Noah trusted and obeyed the instruction of God, crafted a vessel according to the design given from Heaven, and watched the animals flock to it before the deluge.

Landing Day must have been quite a moment for them all. What went through the minds of these ultimate survivors? How did they process the realization that they were the only family left?

God showed this family the way and gave them the promise of the rainbow, a sign that He would never again cleanse the earth via flood.

A whole planet was before them, and the Lord instructed them to be fruitful, multiply, and replenish the earth, according to Genesis 9:1. God reiterated His command in Genesis 9:7 – “And you, be fruitful and multiply; bring forth abundantly in the earth, and multiply therein.”

One Breath, One Blood

These sons of Noah – Ham, Shem, and Japheth – are the seeds from which every one of our family trees sprouted and grew. Our origins could be traced to this trio of men, so says the Bible.

Paul presented this concept to the leading thinkers of his day, to the philosophers who gathered at Areopagus, or Mars Hill, a rocky mound near the Acropolis in Athens. He told his astute listeners about the God who made all things, of the God who gave life and breath, and who made from “one blood all nations of men for to dwell on the face of the earth” (see Acts 17:24-28).

We are, and always have been, brothers and sisters – every one of us who are members of the human race draw our breath because of Him. This is the message of the Bible, though it is often obscured by the anger and prejudice that burns in men’s natural and deceived hearts.

From whence came all the division that we see? How and why did God allow the differences to develop among our race?

We find the answer in Genesis, where else? It is, after all, the book of beginnings.

Noah’s sons were fruitful and they did multiply. But their descendants did not fulfill their commission to replenish the earth. The plain of Shinar was flat and wide and accommodating. The whole of humanity was of one language and one speech. Simply, everyone said the same thing and thought the same way.

The people settled into a kind of comfort zone. Rather than looking to the East, West, North, and South as they should have been, they began to build a city and a tower. The structure would reach unto Heaven for they thought to make a “name” for themselves.

Crises of identity are woven throughout the Word of God.  In the Garden, Eve took from the Tree of the Knowledge of Good and Evil because she became convinced by the serpent that eating from it would make her like God.  At Shinar, the thoughts of men’s hearts had drifted away from the simple truth that was delivered unto Noah, who found grace in the eyes of the Lord. They expended their energies on a project designed to reach Heaven.

To Know and Be Known

Relationship, that’s it in a word; this is what the Lord desired. It has existed forever among the Father, the Son, and the Holy Spirit. He longs for it to be manifest among men, among those created in the image of God.

The essence of relationship is fellowship and fellowship involves communication. Words must be spoken.

I imagine the plain of Shinar as a place of uniformity – one language, one speech, and one way of thinking. Uniform atmospheres leave no space for creativity and diversity.

The Genesis account tells of a mighty one known as Nimrod. This man of personality and persuasion may have had a hold on the people’s imaginations. Was it he who pushed them into a singular industry of tower making? Were voices of dissent being stifled? History provides the accounts of thousands of like leaders, so it’s not difficult to imagine the existence of just such a society.

Where was the voice of God in Shinar? Who spoke for the One who shared the plan of the Ark and facilitated the rescue of Noah and his family?

“Hear, O Israel – the Lord our God is one Lord” declared Moses in Deuteronomy 6:4. Listening is something God has been trying to get people to do through the ages.

In the midst of the dull roar at Shinar, God came down and determined to teach people how to listen. Languages were introduced and the crowd divided along speech patterns. Each member of the throng building the tower of Babel had to tune his ears and seek out the ones who spoke as he spoke.

Result:  the human race fulfilled the direction given to Noah and his sons – the people scattered across the face of the earth. This is how the Lord made the nations and brought variety to the race of men.

It’s getting louder and louder today and I am not surprised. Babel has come again. But the hand of the Lord is still here.

God and His message reach hearts through the ears. Confusion reigns because the world lies under the control of its prince and its power – the devil. Still, the Lord speaks through us, His people.

Acts 2 records the moment that the Spirit rushed into the upper room in Jerusalem. There, believers in the resurrected Jesus Christ were filled with His presence and spoke the Gospel in languages. Some were listening and learned of the great hope of salvation. Some 3,000 joined the Church that day. He sent out the Word that all may be made one in Him through the Spirit.

The message from Heaven is this: Hear, come, believe, and receive. The Lord can be known for He made all for Himself and all to reveal His glory.

The Name the Lord wants us to carry is His own. And, He’s still working out the purposes of His will to bring this to pass.

May we listen and learn so others may hear and obey.