The Remnant: True to the Truth 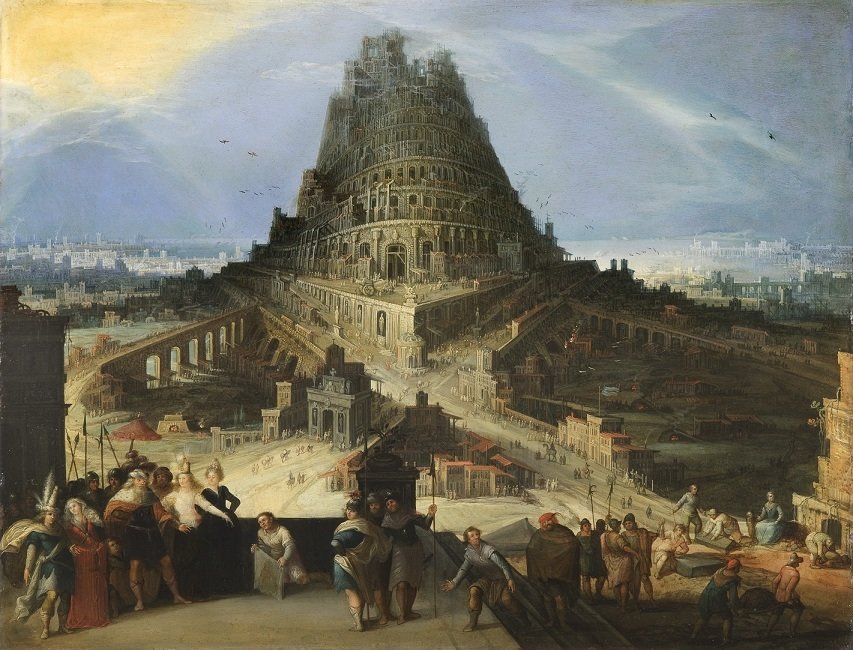 Once, the world was one, and it didn’t turn out so well. Really, it just revealed how quickly people forget; especially how easily they forget the Word of God. The story is told in Genesis 11. There, we read that the whole earth was of “one language, and of one speech.” The area was a plain, a flat, an even place in the land of Shinar. It was seemingly a comfortable spot where no one had to climb, a place of equality perhaps, where everyone had the same view.

Sometime after the Flood–that cataclysm the Lord sent to cleanse the earth of a generation whose imaginations and thoughts were only evil continually–people gathered to this region, governed by a mighty man known as Nimrod.  But, what had become of the purpose that God had for the generations that followed the Flood?

This family was given a mission and a planet to populate.

These words got lost somewhere along the way, as the story of Shinar reveals to us. The people entered into a purpose after their own hearts’ design. Bricks were made and slimed together. A tower took shape, and with it a human-concentrated identity began to be forged.

Fill the earth? “No way,” said this generation. They banded together to make themselves a “name.” These were determined to avoid being scattered across the face of the earth as the Lord had ordained for mankind.

How long did it take before God’s instructions were forgotten? How many generations did it take for the misinterpretations of the mission to settle into the culture? These things remain a mystery.

How long did it take Babel to become Babel? I think it was a noisome place long before God disrupted this safe space with the advent of languages.

The chattering of the crowd had grown steady and monotonous. The world’s system played its tune loud and long; it was the sound of pride and self-fulfillment.  The mindset of the race became settled. Any challenge registered against the spirit of the age was muffled. Babel was rising and the buzz among the citizens gathered in Shinar drowned out the testimony of the Lord.

Still, I believe there were those among this mass who clung to the Word they knew and they longed for God to do His work. The Bible record shows again and again that a remnant remains true to the Truth. This remnant is preserved by the Spirit of the Lord.

God did answer in Shinar, and He did so by confusing the languages and this confounded the mob. Speech patterns were His tool to divide and to advance His divine purposes. Think of it, from that moment people had to train their ears. Listening became more of a necessity than ever. Men and women sought out those who spoke as they spoke. In this way, “the Lord did scatter them abroad upon the face of all the earth” (Genesis 11:9).

History tells of centuries when the Church of Christ itself had become something of a Babel. A controlling ecclesiastical organization held fast to the Scriptures and determined that only the Latin Bible contained the “official” word from Heaven. Brave men such as John Wycliffe, William Tyndale, and Martin Luther translated the Word into national languages and the Bible fell into the hands of “common” people who read it and believed it gladly.

A remnant remained true to the Truth and made a difference.

Shall we see another Babel?

We can count on it. The Bible tells us that this world lies passively under the control of the wicked one (see 1 John 5:19). Hell works furiously to confuse and distort the message of Christ’s finished work.

Today, God has His remnant. These are believers who stand unmoved by popular opinion and cultural collusion. They hold fast to the Word of God and continue in missionary endeavors and faith adventures. Unafraid to speak the Truth in love, they present the reality of the Gospel in all of its glory.

Those of the remnant know this reality: Jesus said He came not to bring peace, but a sword (see Matthew 10:34-36). We can expect persecution and confrontation, for the spirit of pride and self-fulfillment remain strong among the human race.

However, we draw great comfort from our understanding that God reigns supreme. His will shall be done on earth as it is in Heaven. The Word promises us and points us to The Day when all things shall be made new, to an eternal era when the Light of the Lord and His Presence shall fill all of Creation.

Until then, let us take heed what we hear and take heed how we hear.