Finding the Way to Forgiveness 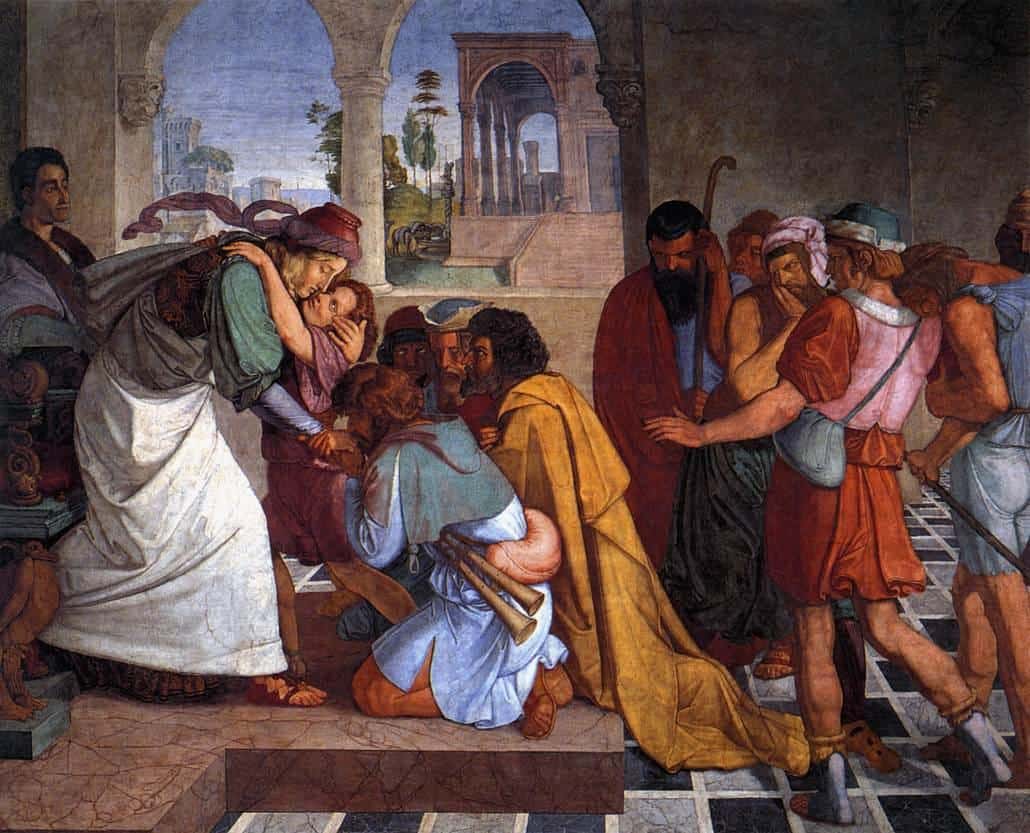 Joseph was a man done wrong. His brothers, in a fit of jealousy, threw him into a pit. He was Daddy Jacob’s favorite and these men were tired of him, and the fancy coat of many colors he had been given to wear.

To make matters worse, this young man began to experience visions of grandeur —dreams that pointed to his exaltation. And in the telling of these dreams Joseph pushed his brothers to the brink.

He came to them one day alone as they ate lunch in the wilderness. A good distance from the safety of home and Jacob’s watch, Joseph was now an easy mark. At first, murder was the plan. Kill Joseph and the family pecking order could be rearranged, the bothers thought. Big brother Reuben intervened to thwart this scheme and so Joseph wound up in a hole. Reuben figured he could pull his little brother up and walk him home. It could have been that Reuben wanted to gain some favor with his father. This oldest son of Jacob had been caught sleeping with one of Jacob’s concubines, one of his secondary wives, and had lost his birthright as a result.

Before Reuben could act, however, Joseph was sold to slave-traders bound for Egypt. The brothers bloodied the special coat they despised and took it home to Jacob. They presented the garment with a concocted story of how they had found it. Grief came hard and fast. It nearly killed Jacob at once. His mourning for the first son of his favorite woman would linger for years. He refused any attempt to comfort him in this matter.

Joseph wound up in the house of Potiphar, a government official. His way of wisdom and service gained him responsibility, status, and privilege in the household. This also triggered the lustful passion of his master’s wife. His brothers wanted Joseph dead; this woman wanted him in bed.

Again, Joseph found himself alone in the wrong place at the wrong time. Potiphar’s wife threw her body at him and tore away his cloak. Joseph ran from the room. The woman cried rape, showed her husband Joseph’s robe, and sparked his master’s rage. Envy rots the bones, this is what Proverbs tells us. It seeks to destroy what one cannot have. When Potiphar’s wife could not win Joseph with seduction, she could not bear the loss. She had to destroy him with a lie. Her machinations landed Joseph in Pharaoh’s prison. God was surely watching over His man, however, for most men were hung for such a crime as Joseph was accused.

Another Pit, Another Trial

Joseph’s wisdom and work ethic put him in good standing with the chief jailer. As he did in Potiphar’s home, Joseph soon found himself in a position of authority. The Lord made him successful even in the places of his captivity.

Genesis provides little detail in regard to Joseph’s thinking in these situations. It seems he just worked his heart out wherever he went. In Psalm 105, we do get a couple sentences of information. There, it is said that Joseph’s feet were fettered and that he bore a collar of iron. We are also told that the Word of the Lord “tried” Joseph.

How did this trying of God proceed? We find an indication in Genesis 40.

Dreams came to two prisoners under Joseph’s care. Both men had fallen out of favor with Pharaoh and were worried over their futures. Joseph perceived their anxiety and told them of the God who makes visions known. The men related their dreams and Joseph gave true interpretations. One man — Pharoah’s cupbearer —would be cleared and reinstated; the other, the realm’s chief baker, would face execution.

Of the cupbearer, Joseph asked a favor: “Tell Pharaoh and help me get me out of this prison. For I was stolen from the land of the Hebrews, and I have done nothing wrong and yet here I am in this pit.” To me, this shows the brooding at work in Joseph’s heart. At this point, he dwelt on what his brothers did to him and on his unfortunate and unjust incarceration.

Who can fault Joseph for such thinking? We all do this. We want things to be right, especially when we are the ones wronged. Justice, fairness — there’s an expectation in us and among us for these things.  Joseph sought an advocate for his case, and he had, in fact, found one.

The cupbearer would speak of Joseph to Pharaoh — a whole two years later! Imagine how Joseph must have felt when he heard the news that the cupbearer was back in his place in Pharaoh’s court as he languished in the prison house.

From the Pit to the Palace

Dreams, this time those that came to Pharaoh, again set the scene for transition in Joseph’s life. On the cupbearer’s recommendation, Joseph was at last brought out of his pit and set before the ruler of Egypt, a great and strong empire.

When asked of his interpretive skills, Joseph replied this way: “It is not in me, God will give Pharaoh a favorable answer.” These words are evidence of humility in the man. Joseph had come to know God in his depths. He told Pharaoh the truth of what had been revealed to him. Fierce famine was coming and Egypt needed to prepare.

Within moments, Joseph went from being imprisoned to being enthroned. He was installed as vice Pharaoh, made the second in command for this empire. What he had learned in those years of trouble made him ready for this place of power.

He had also grown into man of mercy and grace. The famine struck not only Egypt, but also all the regions nearby. Joseph’s brothers soon stood before him begging to buy bread to save their family, Jacob’s family, Joseph’s family. He knew them, but they did not know him.

In their exchanges, Joseph heard of the prison his brothers had endured; it was a prison of spirit. Guilt and regret plagued them since the day they had sold him away. It was Reuben who spoke of their distress: “Did I not tell you not to sin against [Joseph]?  But you did not listen. So now there comes a reckoning for his blood.”

Joseph wept at the hearing of these words.

Who can say how many times he had imagined coming face to face with his brothers? Surely, his mind had thought of settling the score with them. He did not think this now. His tears revealed a heart after God.

A Heart of Forgiveness

The Word of the Lord tried Joseph and transformed him into a savior. Forgiveness became Joseph’s way, and it must become our way, too.

Joseph, like Christ, had been rejected. The brothers’ actions were meant for evil, but God meant it all for good — to save many people alive.

We err in thinking that God is not at work in the lives, hearts, and minds of those who use and abuse us. His methods go deep and are carried out with redemption and restoration in view. He does  far beyond all that we could ask or think.

Can we see things as God sees them? Can we turn our cheeks? Pray for the ones who do despite to us? Like Stephen and David, can we seek forgiveness for stone-throwers and spear-chuckers? Can we love our enemies as Jesus told us to love them?

I think the right answer to all of these big questions is the answer of Joseph. “It is not in me,” we must admit. However, even in our pain, God can give us favorable answers for those who have caused that pain.

Jesus wept. He did so at the tomb of Lazarus and as He came into Jerusalem. He understood the sting of death and came to defeat it. He also understood the stubbornness of the human heart. The holy city and its people would reject Him, the Son of David. He knew what it would mean for their future — the disaster and destruction that would come to the place and to the chosen nation.

On the Cross, Christ said this: “Father, forgive them, for they know not what they do.”

May we draw near to Him in our trials and let the Spirit move us to pray this same prayer.