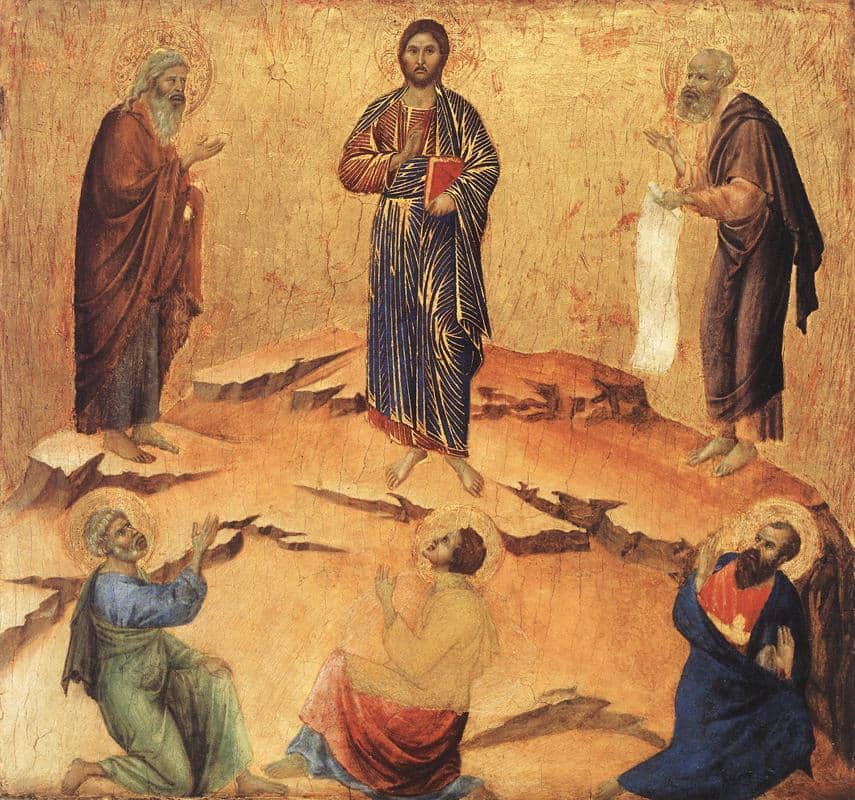 If we are watchful, God opens our eyes and shows us His glory. We have been invited into His presence. He chose us to worship Him in the beauty of His holiness. Not because we were worthy to enjoy such a thing, but because of His great grace. Nothing we did qualified us for this.  This is the gift of God.

A gift such as this should inspire something inside of us — thankfulness, joy, real measures of proper appreciation. Our ways of honoring the Giver should be constant and creative. At times, glory does just this, and we are still and we know that He is God.

This is not always the case, however; and the Bible shows us this again and again. We, sadly and easily, can grow familiar and casual about glorious things.

The first being to express indifference to glory was Lucifer. This angelic creation of the Lord was well-positioned and well-equipped for his place in the divine order. Outside of the Father, the Son, and the Spirit, there seems to have been no being as splendid as he. He was talented and wise. His nearness to the throne of God is documented in Ezekiel 28: “You were an anointed guardian cherub. I placed you; you were on the holy mountain of God; in the midst of the stones of fire you walked” (verse 14).

Lucifer, according to various Bible commentators, orchestrated the practice of praise directed toward the Lord of all. All worship went over Lucifer’s head to his Maker. Perhaps, that is what came to bother him.

At some point, it seems, this beautiful, many-splendored being took note of himself; he grew more and more self-oriented. He came to see himself as worthy of the honor and praise that was and is reserved only for God. He felt like he deserved better. The elite of the elite angels brooded in his dissatisfaction; his heart became alienated from the One who gave him all that he possessed.

Lucifer’s reaction to these feelings? He instigated a program rooted in his self-promotion that captivated a third of those who populated the angelic order. He sought to make an alternative kingdom; he crafted an organization. “I will sit on the mount of assembly. … I will make myself as the Most High” (Isaiah 14:13-14).

Rebellion broke out and this invisible contest continues to this day. It is unseen, but not unknown, nor unfelt. The nature of evil is all around us as we walk through our days. We see how the flesh of men, stimulated in pride and ambition, pursues gratification at any cost. Lies, deception, manipulation, and violence are rampant.

All of this now goes on because a beautiful creature of the Lord became indifferent to glory – God’s and his own.

Let’s bring things a little closer to home. Read the story of Israel. Battered and languishing under a system of brutal slavery in Egypt, the descendants of Abraham, Isaac, and Jacob cried a mighty cry and were heard by the Lord.

God’s answer was to send Moses, one of Israel’s own sons, who grew up in the court of Pharaoh. He heard the voice of God and challenged Pharaoh to let the people go. Ten plagues later, the Israelites were set free. Just a few days into their freedom march, however, the multitude of Israel found themselves facing the Red Sea and followed by Egypt’s charioteers and warriors.

Shouts of panic and accusation rose from the crowd. They forgot the glory they had witnessed in Egypt and labeled it all a suicide mission. They expected to die right there.

Then, God opened the sea and made a dry path for their feet. Once the people were through, God drowned the Egyptians; one of the world’s most advanced armies sank before the power of the Lord.

Again, the glory of God was manifested before His people. Within days, however, these very people were murmuring about water to drink.

In the gospels, Peter, James, and John went up a mountain and witnessed the transfiguration of Jesus (see Matthew 17, Mark 9, and Luke 9). These three Apostles saw the full glory of the Son of God as He spoke with Elijah and Moses. Peter, ever the man of action, instantly thought of a way to capitalize on this:   “Master, it is good for us to be here:  and let us make three tabernacles; one for thee, and one for Moses, and one for Elias:  not knowing what he said” (Luke 9:33).

The Voice of the Father spoke from heaven just then, saying, “This is my beloved Son:  hear him” (Luke 9:34). Peter had visions of fresh “high places” that would draw people to Jesus. Christ knew that He must be lifted up on the Cross to bring men to Him.

Glory stirs great reactions. We were made for these responses in the design of God, and we should be mindful to treasure them. Where does our sense of wonder go sometimes? The moves of the Holy Spirit are fragile in their intimacy. Things of this world easily distract us and disturb our focus on what God is doing in our midst.

May we ever have wonder and be wide-eyed regarding the things of God. May we watch and wait for glory, moment by moment.

Jesus showed His disciples and us just how to live this way.   He said we must become as little children. We are to be babes who see “new” things all the time.

Ever play peek-a-boo with a 1-year-old? Over and over and over, the little one giggles and coos at the surprise of seeing again a face once hidden. The game never seems to get old to the babe. The element of surprise remains fresh and fun.

May God teach us how worship Him always in this way.