Jonah, Philip and Continuing with the Lord 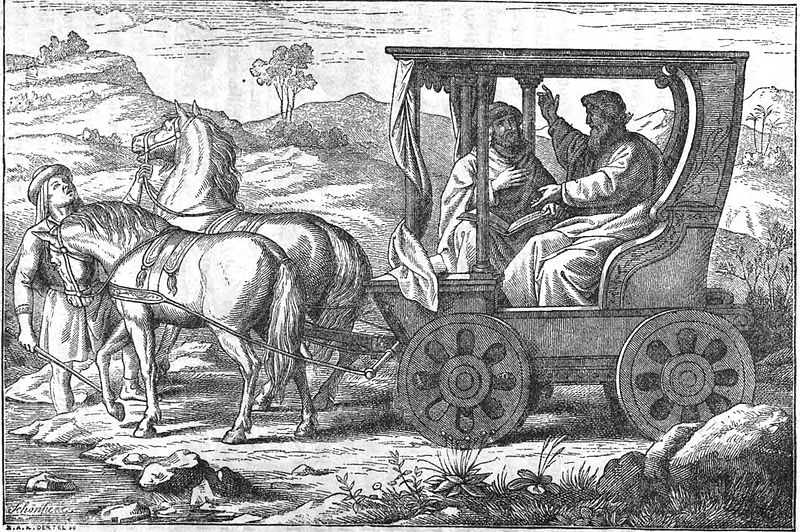 In the Old Testament, there is the prophet Jonah. This man was spoken to by the Lord and given a message to deliver to a heathen city, Nineveh. He was to announce that God’s judgment hung over the city and that its citizens should turn from their wickedness to the Lord.

Jonah understood how this would go and he wasn’t for it. He knew the Lord as merciful and gracious, mighty to save. He also knew the Ninevites as cruel, ruthless warriors and oppressive rulers.

Jonah refused the assignment. He had no interest in this mission of mercy, for he saw Nineveh as unworthy of God’s favor. This prophet made his way to the docks and boarded a boat bound for Tarshish, a region now known as Spain.

Many know the story. Jonah runs from the Lord. God sends a storm to rock his boat. Jonah gets tossed into the waves and is swallowed by a great fish. There, in the belly of this beast, Jonah turned to worship and purposed to follow the will of the Lord.

Jonah got vomited up on a beach and headed for Nineveh. He preached the message from God and its words reached the ears on the throne of the city. The words moved the king who decreed that he and his subjects should turn to the Lord. The city believed and was spared.

Success! God’s mission was accomplished, but Jonah was downcast. His heart toward the Ninevites was still weighed with prejudice and despite. He could not love his enemies as God loved them. Even in his disobedience, Jonah couldn’t shake the Lord, however. God showed him His care by raising a plant to shade the prophet from the heat. Then this plant died, and Jonah became super agitated. He threw a tantrum.

God still met Jonah there and spoke to him, in the midst of his anger and frustration. The encounter demonstrates just how surely goodness and mercy follows after those who belong to God. Click To Tweet

The interesting thing is this – God still met Jonah there and spoke to him, in the midst of his anger and frustration. The encounter demonstrates just how surely goodness and mercy follows after those who belong to God.  Jonah’s attitude was bad, yes, but God’s grace was greater.

We don’t get a tidy conclusion to the Jonah story. The book ends with a question rather than an answer. But this account could only have come from Jonah himself. His experience with the merciful God had to be told, and it stands as a testament of encouragement to those who struggle to continue with God.

The other man I want to talk about it is Philip. This man was one of the original seven deacons presented to the Apostles in Acts 6. They were selected by the congregation in answer to an administrative problem related to the fair care of widows.

Like Jonah, Philip was sent to a city – Samaria. Like Nineveh, this city had a troubled history and suspect reputation. Philip preached and the people were moved to come to Jesus.

One notable convert was a man named Simon, a magic man, one given to spells and sorcery. Acts 8 tells the story of how this man believed and was baptized. He wondered at the power of the Gospel and at the signs and miracles that came with it.

News of the revival  in Samaria reached Jerusalem and brought a visit from Peter and John.  The Apostles’ power to lay hands on people and have them receive the gift of the Holy Spirit captivated Simon. He determined to “buy” this power from Peter and John. This attempt at making merchandise of the works of God brought a stern rebuke from Peter. Simon was told that his heart was wicked, poisoned by the gall of bitterness, and stuck in iniquity.

Hold on? Simon believed and was baptized. How could he still have this kind of heart in him? That’s a big question. His response to Peter says something to me about his state: “Pray to the Lord for me, that none of these things which you have spoken come upon me” (see Acts 8:24).

We have to face the facts: believers do fail and they fail miserably. Some talk of Simon and the naivety of Philip in his ministry. The deacon had baptized Simon too soon, they say. Or, it could have been that Simon fell into a moment of carnality as a very young and untaught follower of Jesus. The whole Christian movement was young and evolving at this point in history.

Surely, Philip heard about the Simon affair. He may have even received some instructions from Peter and John about conversions and baptism. We will have to wait to find out this information because the book of Acts doesn’t provide it to us.

Whatever the case, Philip continued with the Lord. He went from the city to a desert highway near Gaza, south of Jerusalem. He went in the leading of God. There, Philip wound up riding in the chariot of an Ethiopian who served as treasurer to Queen Candace.

The man was reading a passage from Isaiah aloud when Philip heard him and asked if he understood what the book was saying. The Ethiopian said, “How can I? I need a guide.”

And so Philip preached about Jesus and the Ethiopian listened. Soon, they came to a pool of water and the Ethiopian asked to be baptized. Philip said, “If you believe with all you heart, you may.” The Ethiopian answered, “I believe that Jesus Christ is the Son of God.” That was enough for Philip. He ordered the chariot to stop and the two men went into the water.

Philip easily could have become paralyzed by what happened with Simon in Samaria. He could have sidelined himself from the work of the Lord. Instead, he pressed on, he continued with the Lord. He became known as Philip the evangelist and the father of wise, godly women who knew the Word of God, as noted in Acts 26:9: “And the same man had four daughters, virgins, who did prophesy.”

The accounts of Jonah and Philip speak to me about how to face my frustrations and my insecurities. I can express my displeasure and anger to the Lord, and He will hear me and answer me – in mercy and grace. Things can go wrong as they did with Simon the sorcerer, but that doesn’t have to stop me in my tracks. I can move in the Spirit into the next opportunity and see God work in others through me.

Our God is the God of all grace. Let’s take this to heart and refuse to lean on our own understanding.