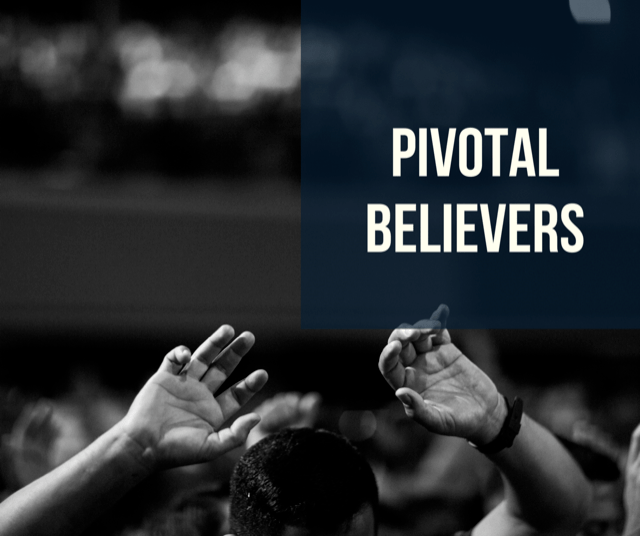 A pivotal believer is not one with a hero complex. They are reliant on the Lord and their training. Prayerful, intentional and focused. It is a ministry not based on personality or ability but reliance on the Holy Spirit.

The mindset can creep in when things get overwhelming -“what can I do? I am just one person? D.L Moody has once said,

“I am only one, but I am one. I cannot do everything, but I can do something. What I can do, I ought to do. What I ought to do, by the grace of God, I will do.”

One is powerful because the authority of heaven is behind the believer.

“Yet if there is an angel at their side, a messenger, one out of a thousand, sent to tell them how to be upright”.

God will use one in a thousand, with Him it is always a majority.

“The least of you will become a thousand, the smallest a mighty nation. I am the LORD; in its time I will do this swiftly.”

In Isaiah 66:2 but to this man will I look, even to him that is poor and of a contrite spirit, and trembles at my word. God is looking for this man – not for great ability but an identity that sources itself in the Word!  Pivotal believers hold back judgment and have power for revival.

The idea is that we can move and shift our weight quickly to act. Just like a hinge on a door – it can bear much weight but move quickly. The word pivot means “the action of stepping with one foot while keeping the other foot at its point of contact with the floor.

In martial arts, you balance your weight and it becomes the central place of push off for movements or offense. In defense, the opponent’s weight can be used against them as you deflect and dodge the strikes and transfer their power against them.

A pivotal believer is not one with a hero complex. They are reliant on the Lord and their training. Prayerful, intentional and focused. It is a ministry not based on personality or ability but reliance on the Holy Spirit. I believe in this time as in the day of Acts persecutions and adversity will mobilize the church. We will stretch out to new areas with creative means to reach the lost.

We see this idea of pivotal Christian in Psalms 15, here is a list of characteristics:

Often we focus on our ability to show our effectiveness, but it is our Identity in Christ that causes us to live and express the authority of another – Jesus. as “HE IS” so are we in this present world in 1 John 4:17.

America looks a lot like Sodom and Gomorrah. Reading the above passage and looking at our world today we can conclude a few things. Verse 17 God is wanting to share his plan with Abraham. He sees him as a righteous man and will include him in his ways.

Abraham relates to God based on his own understanding, he believes God is like him and he stops asking God for mercy. God judges the city, the question must be asked would God have saved the city if Abraham kept asking even if one was righteous?

We can all relate to Jonah as he ran from God’s plan. If we were to know exactly what God was doing we would see our insufficiency and run away. God will lead you to his perfect will – if we don’t step up God will raise another.

As we intercede God intervenes, repentance can release the great intervention of God and the repentance of a city. The people in the city were described as not knowing their right hand from their left in Jonah 4:11. They were in a stupor of ignorance.

America can be another Nineveh as we go and minister the gospel. The best action of social justice is listening and presenting the gospel to all. This is our privilege to serve our generation.

We are seeing the spirit of the age so clearly now. The political and religious systems reflect the heart of Babylon. The antichrist spirit and the perverted values are conditioning many to live for themselves and forsake their responsibilities. Babylon was known to be “drunk with the blood of the saints.”

This gives the impression that believers were murdered and or destroyed by the system itself. The Roman Empire with all of its glory and strength fell from the inside out. We can see how the infrastructure in our own country is crumbling. The same can happen to string Christians that lose their first love. They abandon their relationship with God to pursue other things.

In Revelations 3:8, God promises to give strength and power to the weak. The pivotal Christians are those that see their need for God, they are interdependent on Jesus and are clinging to the cross without confidence in the flesh.
Let’s have spiritual agility and make grace adjustments these days with our eyes wide open. We don’t need a theology with an apology but let’s be kind and intentional and move in the spirit with courage.
Check out P. Jason Moore’s on this podcast:  InnerRevolution.us 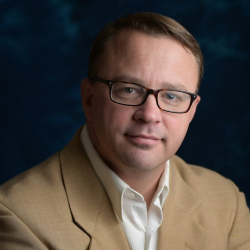