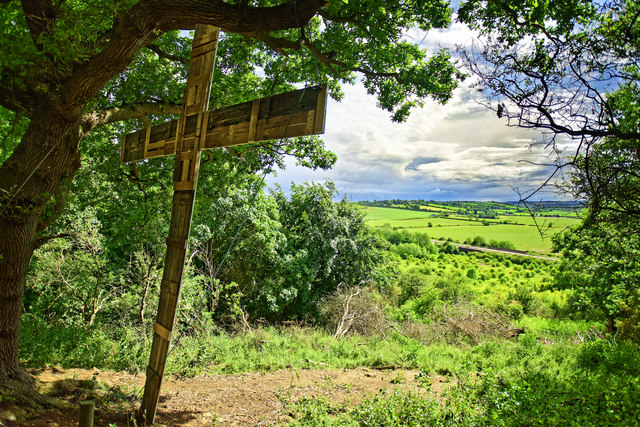 “For God so loved the world, that He gave His only begotten Son, that whoever believes in Him shall not perish, but have eternal life. 17 For God did not send the Son into the world to judge the world, but that the world might be saved through Him.”   John 3:16-17

A story to illustrate His love:

After a few of the usual Sunday evening hymns, the church’s pastor slowly stood up, walked over to the pulpit and, before he gave his sermon for the evening, briefly introduced a guest minister who was in the service that evening. In the introduction, the pastor told the congregation that the guest minister was one of his dearest childhood friends and that he wanted him to have a few moments to greet the church and share whatever he felt would be appropriate for the service. With that, an elderly stepped up to the pulpit and began to speak.

“A father, his son, and a friend of his son were sailing off the Pacific Coast,” he began, “when a fast-approaching storm blocked any attempt to get back to the shore. The waves were so high, that even though the father was an experienced sailor, he could not keep the boat upright and the three were swept into the ocean as the boat capsized.” The old man hesitated for a moment, making eye contact with two teenagers who were, for the first time since the service began, looking somewhat interested in his story.

The aged minister continued with his story, “grabbing a rescue line, the father had to make the most excruciating decision of his life: to which boy he would throw the other end of the lifeline. He only had seconds to make the decision. The father knew that his son was a Christian and he also knew that his son’s friend was not. The agony of his decision could not be matched by the torment of the waves. As the father yelled out, ‘I love you, son!’ he threw out the lifeline to his son’s friend. By the time the father had pulled the friend back to the capsized boat, his son had disappeared beneath the raging swells into the black of night. His body was never recovered.”

By this time, the two teenagers were sitting up straight in the pew, anxiously waiting for the next words to come out of the old minister’s mouth. “The father,” he continued, “knew his son would step into eternity with Jesus and he could not bear the thought of his son’s friend stepping into eternity without Jesus. Therefore, he sacrificed his son to save the son’s friend. How great is the love of God that He should do the same for us. Our heavenly Father sacrificed His only begotten Son that we could be saved. I urge you to accept this offer to rescue you and take hold of the lifeline He is throwing out to you in this service.”

With that, the old man turned and sat back down in his chair as silence filled the room.

A Picture of the Gospel

The pastor again walked slowly to the pulpit and delivered a brief sermon with an invitation at the end. However, no one responded to the appeal. Within minutes after the service ended, the two teenagers were at the old man’s side. “That was a nice story,” politely stated one of the boys, “but I don’t think it was very realistic for a father to give up his son’s life in hopes that the other boy would become a Christian.”

“Well, you’ve got a point there,” the old man replied, glancing down at his worn Bible. A big smile broadened his narrow face, he once again looked up at the boys and said, “It sure isn’t very realistic is it? But I’m standing here today to tell you that story gives me a glimpse of what it must have been like for God to give up His Son for me. See – I was that father and your pastor is my son’s friend!!!”

“See how great [exotic – Wuest] a love the Father has bestowed on us, that we would be called children of God; and such we are. For this reason the world does not know us, because it did not know Him. Beloved, now we are children of God, and it has not appeared as yet what we will be. We know that when He appears, we will be like Him, because we will see Him just as He is.”

As the believer recognizes (beholds, sees) the personal love of the Father, a transformation process begins to take place; he comes to an acknowledgement that God’s love has welcomed him into the royal family, to be His child. This love also distinguishes him from the rest of the world so that they will never understand him. Finally, this love guarantees as beloved that each true believer will see God as He is, confirming that he will also be without imperfection or blemish.

If we know that God’s love will be the vehicle that God uses to admit each believer into His family, into the beloved (Ephesians 1:6), then we can have confidence that in the beloved is a place of protection, a place where God’s provisions for the spiritual life are found. In Psalm 36:7-9, David says, “How precious is Your lovingkindness, O God! And the children of men take refuge in the shadow of Your wings. They drink their fill of the abundance of Your house; and You give them to drink of the river of Your delights. For with You is the fountain of life; in Your light we see light.”

God’s light becomes the basis for our spiritual sight and life.