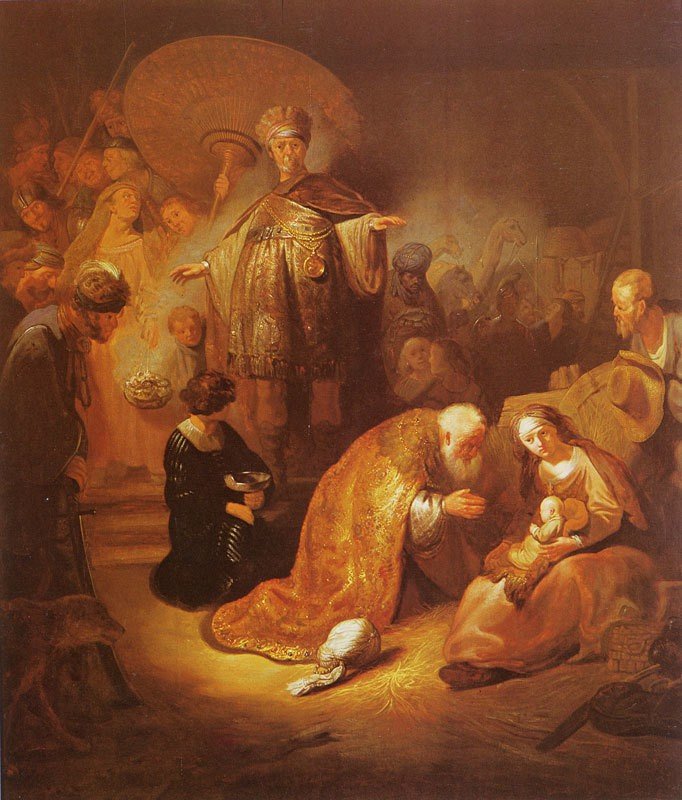 The wise men watched the skies. These men of night vision cataloged constellations and planets. The sighting of the “Star” must have been a moment unlike any other for them. Comets and asteroids came and went, but this Light was of another kind. It stood still, as if to show a way; they concluded that this Star was there to guide them to the King of the Jews.

Watchful ones are aware and know when to move. To these men, the sighting of the Star meant it was time to act. They made their preparations and organized a caravan to Judea.

These wise men have been described as astronomers and wizards, magicians and kings, soothsayers and academics. The Greek text of Matthew 2 used the word “Magoi” or “Magi” in reference to them.  Songs and stories, based upon legend and hearsay and tradition, have been written about them. The lyrics of “We Three Kings,” written in 1857 by John Henry Hopkins, rector of an Episcopal church in Williamsport, Pennsylvania, form much of people’s understanding about their visit. Within a decade, the song became a fixture among classic Christmas carols; it was the first of these tunes to originate in the United States.

Three kings? In fact, the Bible provides no information on the size of this delegation. Whatever the makeup of this company of travelers, we know that they came to see Jesus and we know that they opened their treasures and presented gifts to Him:  gold, frankincense, and myrrh (see Matthew 2:11).

These men from the East let the Light lead them to Jerusalem. Perhaps, they thought they would be joining a celebration for the Child’s birth.

Where did they get their information? Quite possibly from the book of Numbers and the story of Balaam, a prophet for profit, one who took money to call down curses and make forecasts. His name was likely well-known among those who were in the business of soothsaying and fortune-telling. Balaam’s tales circulated through the East just as the story of the Egyptians and the Red Sea did. The peoples of the region knew the God of Israel as mighty and powerful.

Balaam, hired by a Moabite king to pronounce a curse on Israel, could only declare blessings as God intervened in his business.  These were among the words Balaam spoke:

A Star was expected. It did come and the wise men saw and followed it.

Fears of a Tyrant

Their first stop was the palace of King Herod. “Where is He who has been born King of the Jews?” they asked him.

This was not the best thing to say to a tyrannical control freak, a man who had clawed his way to power through brutality and deceptive diplomacy. This ruthless ruler was half-Edomite; that is, his family tree had roots in Esau, the first son of Isaac who had despised his birthright and later had his family blessing swindled away by his younger twin brother.

The young twin’s name? Jacob. And now, Jacob’s Star had cast its light into this Edomite’s domain.

Herod and all of Jerusalem became troubled and confused at the news of another King. The Jews were Herod’s subjects at that time and he demanded an explanation from their priests and scribes. Sure enough, the Scriptures — Micah 5:2 in particular — told the story; the King was to be born in Bethlehem, a place not more than 5 miles from Jerusalem.

The wise men left Herod somewhat bewildered, I think. The ruler told them to go find Jesus and bring word of His whereabouts to him “that I may come and worship Him also” (Matthew 2:8). But the palace of Herod was a dark place and his motivations were sinister.

Once they emerged from Herod’s shadows, the Star was there for them.

“When they saw the star, they rejoiced with exceedingly great joy” (Matthew 2:10).

The Speed of Light

Light comes at us fast. The naked human eye can detect candle light more than 1.5 miles away. Even a flicker forces darkness to recede. Light cannot be admixed or swallowed. Things can get in the way and make it hard to see, but light remains.

The wise men soon knelt before the Christ child. He was small and plain and His place was no palace. The Light of His life still shone.

The Glory of the Highest had come. Peace for all on earth rested in this Person – Jesus Christ. He came with good will toward men. That is, He came to offer His life a ransom for the many; He came as the Lamb of God to be sacrificed, once for all.

This is the Star of our days, too. The Gospel Light bids men to come, follow, and find Him, the One who is Love and Life and Hope.

For more about the story of the Star and those who followed it to Jesus, check out “The Wise Reach Beyond,” a message preached by Thomas Schaller, pastor of the Greater Grace Church of Baltimore.