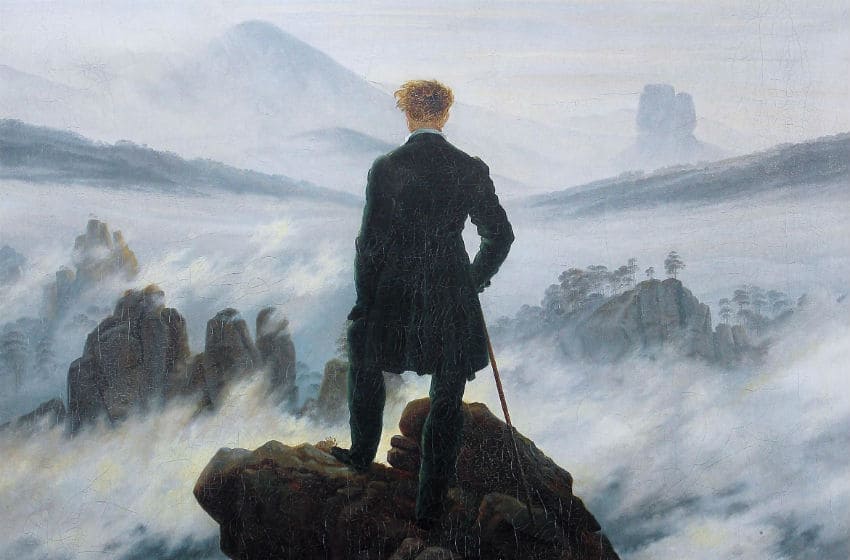 “Without a redemptive revelation of who God is the people cast off all restraint” is how this reads as a combination of translations.  In other words, without a vision of Who God really is, of what He’s done, of what He’s like generally toward all and personally toward me, there will first be vain imaginations and vanity:  emptiness because of occupation with who I am  and with what I’ve done in the flesh, without Christ.  There will then be no restraint against living a self-centered life, because the Love that Christ has for me will not be constraining me to let His Mind, His thoughts, be in me;  instead, I will be knowing myself and others after the flesh. (2 Corinthians 5:14-16)

“The Lord saw that the wickedness of man was great in the earth, and that every imagination and intention of all human thinking was only evil continually. … God looked upon the world and saw how degenerate, debased and vicious it was, for all humanity had corrupted their way upon the earth and lost their true direction. God said to Noah, I intend to make an end of all flesh, for through men the land is filled with violence;  and behold, I will destroy them and the land.” (Genesis 6:5, 12,13)  The  heart of the Creator Himself was so grieved that He had made man who had chosen to follow lying vanities rather than seek and follow after Him;  so He made a decision to blot out all of His creation, minus Noah and all that were in the Ark.  Man had forgotten Who God was and what He was like because he had given a place to the evil of the kingdom of the serpent and was walking with him rather than with God (Genesis 5:24; 6:1-5)

“Those who observe lying vanities forsake their own mercy” (Jonah 2:8)

In Hebrew, the verb “observe” is “shâmar”, and here it means “to pay regard to or attach oneself to;  to give heed to” — i.e., “to pay attention to.”  Thus, a combination of the true Hebrew verb, the KJV, and the Amplified might read like this:  “Those who pay regard to and attach themselves to lying vanities (false, useless, worthless idols) forsake their own mercy and loving-kindness.”  This verse makes it so clear that vain imaginations are empty, worthless lies against the Truth of Who God is, what He’s like, how He thinks, and of who we are in Him.  When we pay attention to them, we forget that He is “a God merciful and gracious, slow to anger, and abundant in loving-kindness and truth, Keeping mercy and loving-kindness for thousands, forgiving iniquity and transgression and sin” (Exodus 34:6b, 7a );  thus, we forsake our “own mercy and loving-kindness.”

Vain imaginations will never agree with the Word of God nor with His Nature and will veil Who God really is and what He’s really like.

Therefore, we cast down every vain, empty imagination and every argument and high thing that exalts itself against the knowledge of God, “bringing every thought into captivity to the obedience of Christ.” ( 2 Corinthians 10:5) — i.e., we simply let His thoughts toward us replace the enemy’s projections at us, one at a time, until we are letting His Mind BE in us (Philippians 2:5)  By reckoning that we have the Mind of Christ (1 Corinthians 2:16),  being determined to know it, and by Grace having our thoughts ordered according to it, we can avoid living in vain imaginations and have the possibility and privilege of living in a constant redemptive revelation of God — a vision!  As we receive Grace to live in this “thought-replacement” therapy, refuting Satan’s projections and exchanging  our thoughts for His by faith, we, like Jonah, will then be delivered from lying vanities and offer the sacrifices of thanksgiving (Jonah 2:9).   But this involves some deliberate, godly choices and decisions.

God reveals Who He is, how He thinks, what He’s like, what He’s done and who we are in His Word.

In banks employees are taught to recognize the counterfeit by handling the true money.  This is like us:  we are trained to detect Satan’s projections and recognize vain imaginations by handling the Word of Life discerningly, carefully, comparing spiritual with spiritual and studying, “line upon line, here a little, there a little” (Isaiah 28:10)  We thus choose to receive Grace to store up the Word of God abundantly in our hearts so that we won’t sin against Him by entertaining vain imaginations (Psalm 119:11;  Colossians 3:16).  With this Treasure hidden in our hearts, we can indeed “live by every Word that proceeds out of the mouth of God” (Matthew 4:4) and firmly fasten our minds on whatever is true, lovely, honorable, just, pure, of good report and worthy of praise (Philippians 4:8).  Also, because our hearts are filled with the Word of God, we will find that little or no vain, corrupt, worthless communication will pass through our lips because it is “out of the abundance of the heart that the mouth speaks” (Luke 6:45; Ephesians 4:29).  Likewise, these words of Grace will give us the power to keep our minds stayed upon Him and thus be kept in perfect peace ( Isaiah 26:3 ); and our thoughts, speech, decisions, steps will be ordered in His Word, protecting us from the dominion of iniquity (Psalm 119:133).  His innumerable thoughts of peace toward us (Psalm 139:17,18;  Jeremiah 29:11) will give us the ability through the Holy Spirit to let the Love He has for us constrain us to live by faith and to walk in the Spirit and in Love (2 Corinthians 5:14;  Galatians 5:6;  Ephesians 5:1;  Galatians 3:11).

“The secret [of the sweet, satisfying companionship] of the Lord have they who fear (revere and worship) Him, and He will show them His covenant and reveal to them its [deep inner] meaning.”   (Psalm 25:14)

The “fear of the Lord” is key in overcoming lying vanities and living with a redemptive revelation of God.  It simply means that we esteem HIM, HIS thoughts, HIS ways more important and necessary than anything or anyone else in our lives — i.e., we give Him the preeminence in everything and let His Word determine how we will think and consequently  speak and behave.  We will then have a clear vision of Who He is, what He’s like,  who we are, by taking in HIS thoughts toward us and by the Holy Spirit revealing how, by His Grace, He has redeemed us from who we were and what we were like, so that now we can say “As He is so are we [right now] in this world” (I John 4:17b)!