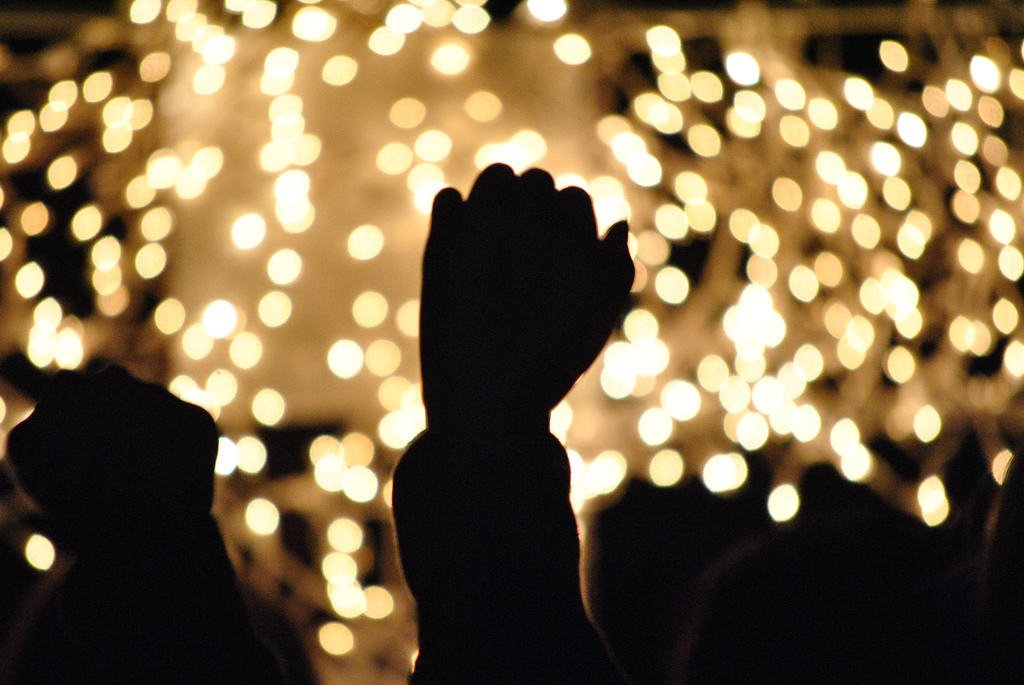 How amiable are your tabernacles! O Lord of hosts (Psalm 84:1).

The place where God dwells must be a lovely place, right? The word “tabernacles” stirs in our mind images of holy places with holy things. Toward the end of Exodus, we read of the Tabernacle patterned by the Lord and dictated to Moses. Its interior is fitted with ornate golden furniture – a table for bread, a lampstand fashioned of one piece, an incense altar, and the Ark of the Covenant with its Mercy Seat and cherubim figures.

Very few, however, saw those things. These precious pieces were hidden behind thick curtains, deep inside the tent of meeting and away from the courts where animal offerings were slain, the blood poured out, and the carcasses burned in an altar of bronze. Many encountered this messy outer area; only a handful –the high priests – got to go into what was known as the Holy of Holies.

The Tabernacle was a very real thing that God instructed the people of Israel to make for Him. It was a structure made exactly as God ordered it to be made. When completed, the glory of the Lord filled the Tabernacle so fully that even Moses, the one who spent 40 days on Mount Sinai with God, was prevented from making an entrance.

In Psalm 84, the psalmist has this last picture in mind when he declares the loveliness of God’s tabernacles. What is it that moves him to make this proclamation? God’s Presence does it. The sense of His nearness in the courts of fellowship brings joy.

The House of God feels like home to this songwriter and singer. Why, even the sparrow and the swallow nest there (Psalm 84:3). They may hatch their young at the altars of the Lord of Hosts. Small things are not despised in this place.

A loveliness of praise and connection flows when there is real communion among believers. Click To Tweet

Church should be this way, a place of Presence, His Presence.  A loveliness of praise and connection flows when there is real communion among believers. Psalm 133 speaks of how lovely and pleasant it is when the brethren dwell together in unity. This psalm offers an interesting word picture of unity. It says unity is like precious oil poured upon the head of Aaron and running down his beard and out to the fringes of his robe. The image gives me pause, but let’s get past the beard and oil part and see just what is at the edges of the high priestly garment.

Exodus 28:33 tells us small bells and figures of pomegranates were stitched in the hem of the garment. Sound and fruit are the result of unity among believers. The Gospel and the harvest are in this picture. The anointing of God starts with His leaders; it goes from the pulpit to the back row, to the corners where sparrows and swallows roost.

The corporate relationship, as Paul defined it, is as much a wonder and mystery as the union of husband and wife. Christ and His Bride, the Church, were made for each other in the purpose of God. And, the Church is being prepared for her Wedding Day, one soul at a time, as every member in particular is added to the company of saints. Great, powerful, passionate intimacy blossoms in healthy marriages and in healthy hearts after God.

In Acts 15, James, the brother of the Lord, stills a council meeting on Gentile conversions and makes reference to the tabernacle of David, quoting from Amos 9:11: “After this I will return, and will build again the tabernacle of David, which is fallen down; and I will build again the ruins thereof, and I will set it up: that the residue of men might seek after the Lord, and all the Gentiles, upon whom my name is called, saith the Lord, who doeth all these things” (Acts 15:16-17).

David desired to build a house for God, a great temple, but was restrained from doing so by the Lord. His son, Solomon led that amazing building project, the completion of which is described for us in 1 Kings and 2 Chronicles. So exactly what is the “tabernacle of David” that Amos was talking about? I think the answer is found in this passage: “I have found David the son of Jesse, a man after mine own heart, which shall fulfill all my will” (Acts 13:22).

God now fills our hearts with His Spirit, with Himself. He abides in us and can do so because of the finished work of redemption accomplished through His Son. Lovely tabernacles are habitations of God; within us dwell the Almighty. He rejoices and delights in us (see Proverbs 8:31). When hearts after God come together, there is no better place to be, for a day in the courts of the King is better than a thousand elsewhere.

For more on Psalm 84, see “How Lovely are God’s Tabernacles,” a message from Thomas Schaller, pastor of Greater Grace Church of Baltimore.