A Clear and Definite Message 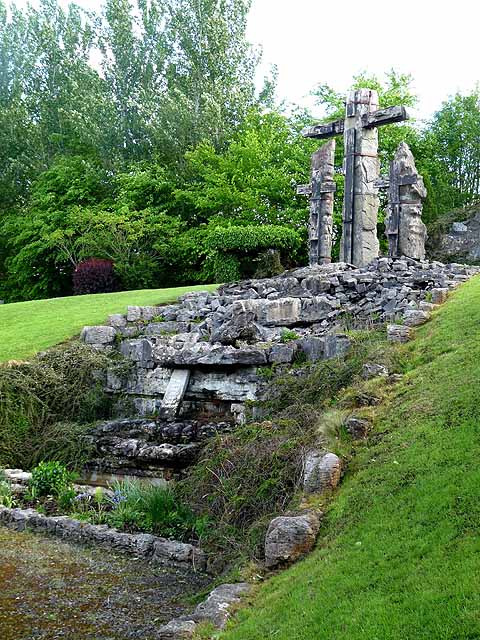 John 14 is the chapter where Jesus declares who He is with clarity and definition.

He discerned the thoughts that were coming to the minds of His men. Here at the Last Supper, they had seen and heard new and mysterious things. Jesus washed their feet and told them to serve one another as He had served them.

The great commandment of all commandments came from His lips. “Love one another as I have loved you.” This, He told them, will be the key to the mission that was to be given to them. This love from God shed abroad in their hearts would be seen by others and would draw people to Him through them.

Jesus also told His disciples that it was time for Him to leave. This news was what left them most perplexed. Peter demanded to know where the Lord was going and vowed to stay with Him even unto death. Jesus told Peter right away that he didn’t have this kind of courage in him, told him that before the next morning, Peter would deny knowing the Lord three times.

The Savior expressed no sorrow over this. He understood all that was in men, especially in His men, the ones He had chosen as His Apostles. This collection of fishermen, tax collectors, zealots, etc., was formed as a reflection of humanity at large. These guys were a lot like us, just as God intended them to be. They would have their moments of victory and glory, but they would also argue and stumble and say things totally out of character with the Christ they had come to know and believe.

Peter’s moment of disgrace came as no surprise to the Lord. And, after telling the truth about it before the group, Jesus moved right on to reveal the key to weathering such failure.

“Let not your hearts be troubled,” He told them.  “Believe in God, believe also in Me.”

Our trust must be in Him. It is not in us to stand fast or to stay true. Peter thought very highly of his ability to go where Jesus was going and of his strength to hang with Him through it all. Jesus knew better, and He turned their attention toward Him.

Jesus told things straight. “Don’t be troubled by what you find in your hearts,” He said.  Don’t be surprised at the weakness that will discover itself, don’t linger on that at all.

“Believe in God, believe also in Me.”

The Lord was going away for a reason and a purpose. He had things to do. There were places to prepare for His followers. Jesus began then to explain the big picture of what these men were to be a part of.

The places He would make for them would be in the Father’s house, and there were many rooms and all of them would be filled. Jesus was going from them, but just for a season.  When the time came, He would come take them away to be with Him. There, they would be together forever and ever.

“… Where I am you will be also. You know the way to where I am going,” Jesus explained.

Jesus promised them something way beyond what they could conceive or imagine. All of this left the Apostles confused, their heads spinning, as we can discern from Thomas’ words: “Lord, we don’t know where You are going. How can we know the way?”

What comes next in the text of John 14 stands as the most significant statement ever made by anyone anywhere. It is the secret to THE understanding of all things.

“I am the Way, the Truth, and the Life. No comes to the Father except through Me.”

Jesus made a declaration. It is direct and simple. It leaves no room for alternative interpretations. If we want to know God, the path is found only in the Person of the Son.

Some fancy Jesus as an itinerant rabbi who spoke in parables. They receive the things He said about justice and equity and helping others. They quote Him as much as His words align with their agendas to fashion a fairer and more equitable society.

Jesus didn’t come to earth for this reason. He came to live and to die for the sins of the world. He came to show all the narrow way to that leads to life. He is that narrow way.

Only by Him and through Him can we reach the Father.

I capitalized THE in the previous paragraph because this little word establishes the true meaning of who Jesus says that He is. In English grammar, “the” is a definite article. It is a limiter. Put “the” in front of a noun and we are to read it as “the one and the only; there is no other.”

Our present generation is one that likes its options. The concept of individuality and the primacy of choice are supreme. It has been taken to extremes in the areas of gender and sexuality. As a result, biology and genetics have become less than settled sciences.

Jesus left no options. If we want the Father and our places in His House, we can only have them by coming to the Son.

Yes, exclusivity is part of the Bible mindset.

Jesus left no options. If we want the Father and our places in His House, we can only have them by coming to the Son. Click To Tweet

This is why I find the gospel of John so very important. It is from this Apostle that we receive the picture of Jesus as told by Jesus.  In these chapters, the Son says that He is from above, the One who came to the world because God so loved it. He says that He and the Father are one, a reality only understood as we receive His words about it.

And He says that He is The Way, The Truth, and The Life. There’s no wiggle room when it comes to Jesus.

Some will find this troublesome. They are in good company. The Apostles were troubled, too. Their hearts and minds struggled to make sense of it all.

There is a choice to be made, a way to answer the trouble once and for all. It is found in these words of Jesus:  Believe in God, believe also in Me.