A Witness That Speaks Large 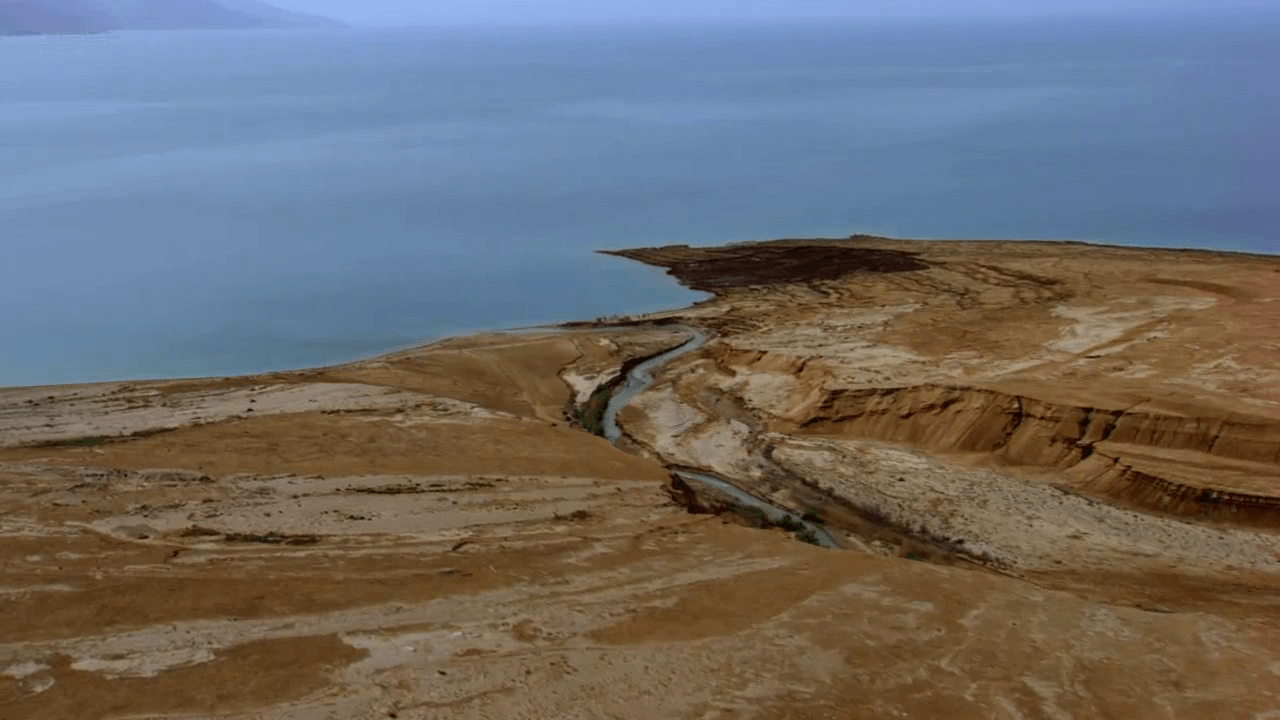 Toward the end of the book of Joshua, we read of a conflict that sprung up among the tribes of Israel. At the center of it all was a big altar named “Ed” — “And the children of Reuben and the children of Gad called the altar Ed: for it shall be a witness between us that the Lord is God” (Joshua 22:34).

This was literally an east side/west side controversy. The tribes of Reuben and Gad, along with half of the tribe of Manasseh, had settled down in the territory east of the Jordan River. The lands in that place were suitable for the herds that belonged to these tribes. So they decided to petition Moses for permanent residency status in this space.

Israel as a whole had conquered the kings of these lands – Og of Bashan and Sihon of Heshbon. Now, this portion of the Chosen People wanted to stay put. Years of wandering had certainly taken their toll upon them. Who could blame them for wanting to settle in and plant roots for their children?

A Deal is Struck

At first, Moses balked. After nearly four decades of roaming the wilderness, Israel had its destination in sight; it lay just across the river.  Beyond the Jordan, to the west, was Canaan, the place God had promised to Abraham and his seed centuries before.

Moses had watched and labored in care for God’s people. He remembered the last time they had come this close to the Promised Land. A team of 12 spied out the Land and found it wonderfully alive with all the plenty that the Lord had told them about. But Canaan also was occupied, and the nations there were large and strong; their cities had walls and armies.

Intimidation got the best of 10 spies. Their report stirred fear in the hearts of Israel. A rebellious element among the people sought to destroy Moses. Then, the glory of God appeared; a plague swept away these fearful men, leaving alive only Caleb and Joshua of the spy troop. And, so began a 40-year odyssey as God thinned the tribes of the disobedient.

Were the men of Gad, Reuben, and the half-tribe of Manasseh fearful of the wars to come in Canaan? Moses wondered. Were the children of Israel about to make a decision that would leave them as nomads forever?

The two-and-a-half tribes made a proposal. Their fighting men would cross over the Jordan and go before the other tribes. They would lead the fight for Canaan until every corner was conquered and space was provided for their brothers and sisters. Then, these warriors would return to the east side of the river to their families and the futures there.

Moses agreed to the arrangement, and the men of Reuben, Gad, and the half-tribe of Manasseh kept their end of the bargain — the full account is found in Numbers 32 and Joshua 22.

The battles for Canaan ended; the fighting men crossed east across the Jordan. They had participated in all the conquests and brought back much spoil to their homes.

And, yet, the two-and-a-half tribes felt something was missing.

The Jordan’s waters separated the tribes geographically, and the east side dwellers began to sense some disconnection. It was a spiritual detachment that they felt, for the Tabernacle, the worship center for Israel with the Ark of the Covenant, was set up in Shiloh, on the west side.

The Hebrew “Ed” means witness. The east side tribes erected a large replica of the altar located in Shiloh to the west. They situated the structure at the place where the Jordan parted and the people at last crossed into Canaan on dry ground.

The west side tribes were immediately alarmed and prepared to wage war on their brothers. They saw the erection of the big altar as a step toward idolatry. Hundreds had perished in the wilderness at Baal-peor, where the Moabites’ pagan practices captivated some of the people with their idols.

“Get right with God and come across the river, or prepare to die,” was the message sent east from the west side of the Jordan.

Those living in the east practiced some speedy diplomacy and answered the threat:

“The Lord God of gods, the Lord God of gods, he knoweth, and Israel he shall know; if it be in rebellion, or if in transgression against the Lord, (save us not this day,)  that we have built us an altar to turn from following the Lord, or if to offer thereon burnt offering or meat offering, or if to offer peace offerings thereon, let the Lord himself require it; and if we have not rather done it for fear of this thing, saying, In time to come your children might speak unto our children, saying, What have ye to do with the Lord God of Israel?” (Joshua 22:22-24).

This response prevented a civil war, but it also reveals something about the heart of the people who chose to stop short of the Promised Land. They feared for their reputation and how their tribes would be viewed in the future.

The Quiet and the Small

A less than full expression of faith does something to the people of God. It leaves them wanting. And, Ed the big altar represents an attempt to compensate for these feelings.

Many efforts to mimic true worship become out-sized, like the east side tribes’ symbol set up near the Jordan. It was made large so that it could not escape notice.  Other false altars are shiny displays of strength as with the golden bulls set up by King Jeroboam in 1 Kings 11. Solomon’s Temple and the one built later by Herod the Great at Jerusalem also were massive and ornate edifices.

These displays of religion run contrary to the message of the Gospel. The way of Christ is a narrow one found by few. The Voice of the Lord did thunder at times, but for the most part it came in a whisper, still and small. The Ark of the Covenant with its Mercy Seat and cherubim figures was relatively small (approximately 52 inches long, 31 inches tall, and 31 inches wide). The Ark fit behind a set of curtains, to be seen only by the high priests who served the Tabernacle and Temple.

Our witness — our “Ed” – becomes big in other ways. It is larger than large; it is eternal, and it is marked by love shed abroad in our hearts. It is revealed quietly and effectively by those of us who embrace God’s Word and its promises.

We stand tall, especially when we are on our knees in prayers and intercessions. Our witness is the work of the One who’s made His home in us. We reveal the Lord not by our might, nor by our power, nor by our size. We reveal Him in Spirit and in Truth.

For more about the love of God at work in us, listen to “Glorify God with Love” and enjoy the words of pastors Steven Scibelli and Kim Shibley of Greater Grace World Outreach.