Be Wary of the World’s Ways 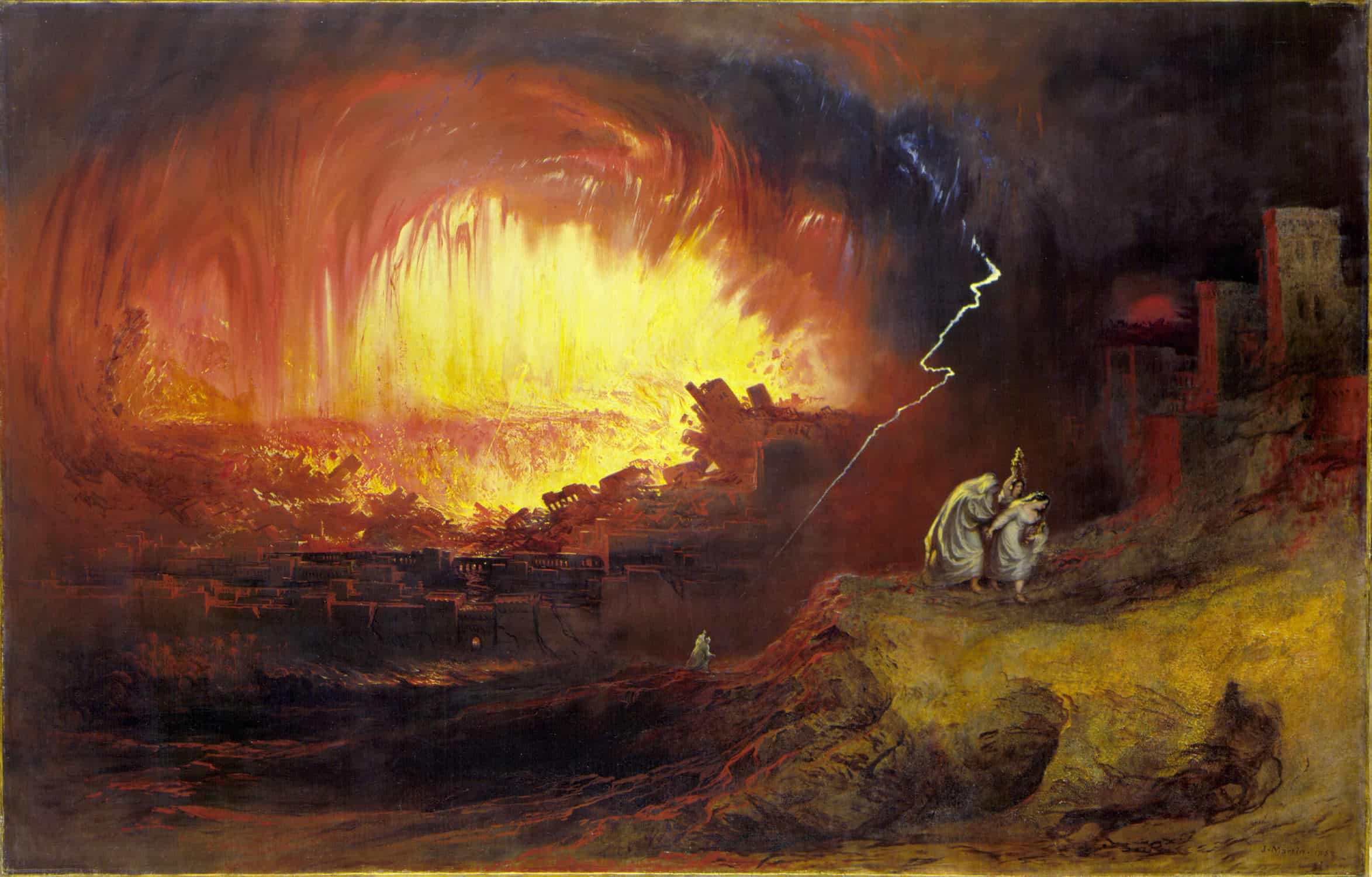 The world’s busy — it has always been this way. I trace its preponderance of activity back to none other than Cain.

One of the first sons of Adam and Eve, Cain worked the soil, according to Genesis 4. He made himself a man of the dirt and labored somewhat effectively. What he got out of his field, he brought as an offering to the Lord. He thought these products of his effort and sweat would speak well of him.

The Lord had no respect for what Cain offered. His busy ways and what came from them proved no match for the blood of the slain lamb that his brother Abel offered in a spirit of worship. Cain became angry and, in his rage, murdered Abel. This man followed the way of the prince of this world — Satan — and became a killer. He grew in self-orientation and entered into a pattern of religion.

The Lord came to Cain and confronted him regarding Abel.  First Cain lied, then was marked, and at last went out from the presence of God to the land of Nod. There, at a distance from His Creator, this man built a city and soon it was crowded with his descendants and their exploits.

Genesis 4 goes on to describe how Cain’s family expended their energies. We read of nomads and cattlemen, musicians and artisans. Also mentioned in this chapter are Lamech, his wives, and his violent expressions of revenge. This is what ignorance of God leads to if it remains unchecked. These people became busy about the things of this life and thought nothing of the Lord.

The world claims to have something to offer us. Its promises are vain and empty, however. Much of what the world is about leads to wasted moments, disappointments, and disasters.

Think of the story of Lot. He pitched his tent toward Sodom after he departed from his uncle Abraham’s neighborhood. Lot scanned the terrain and viewed the area near this city as paradise, a new Eden for him and his family.

After setting up his home in the vicinity, Lot and his family soon inclined their hearts toward the ways of Sodom. Peter wrote that the wickedness of the city vexed Lot. That is, Sodom’s atmosphere so influenced  this husband and father that he lost all capacity to act for and with God. Angels were sent, in answer to the prayers of Abraham, to drag them out from the city before God rained fire upon it in His judgment.

The appearance of the Lord’s messengers startled and confounded Lot. He recognized their authority and their beauty. And he knew the men of the city would seek to satisfy their lusts upon them. Lot’s heart and soul were tortured. He strived to protect the angels because he was aware of the lewdness about his town. A lust-enflamed mob descended upon Lot’s house, where the angels had taken refuge. Sordid demands were made and Lot tried to thwart the attack. “What? You now seek to be our judge?” came a comment from the crowd.

Lot and his family were seen as different, but not that different. Sodom-life ate away at what spiritual fabric had existed in this home. Now a sin-fueled riot pounded at the door. The father/husband tried diplomacy; his words carried no weight and things grew more volatile. Here, the angels intervened, blinding the attackers into weariness and telling Lot to take his family and run. Sodom, their home, was doomed. He hurried to deliver this message to his sons in law. They laughed it off; they thought surely Lot jested.

As destruction day arrived, Lot hesitated. The infection of Sodom crippled his will to heed God. Had he heard the angels correctly? Sodom would surely not be destroyed, would it? The man reasoned and pleaded until the angels forced the issue. Lot, his wife and daughters were pulled to safety and put on a road that led out of the cursed valley to the protection of higher ground.

“Go now and don’t look back,” warned the angels. Sadly, the soul of Lot’s wife was so rooted in Sodom that she cast her gaze backwards and turned into a pillar of salt. Lot found himself alone with his daughters who knew little of God and His ways.

This is what the world does to its friends. It sucks them in with subtleties and cheap thrills. A little drink here, a bit of sensuality there, foolish conversations, casual profanity, comfortable accommodations – all these things pile up. It’s all part of the trap. Next comes the crash. It comes with suddenness and force. Often, all is lost, as was the case with Lot.

Lot lingered amid the wickedness. He settled into a tranquil coexistence. Uneasiness pricked him sometimes, but he had developed ignorance toward conscience and conviction. This proved costly.

These Bible stories are uncomfortable to hear and there are dozens of them. The songs, hymns, and spiritual songs of the Scriptures are often wonderful, comforting, and soothing.  But without the exhortations and admonishments from the Word, we would wind up friends of the world. We would become a lot like Lot.

Fierce doctrines, like those related to Hell and judgment, must be heard. Without knowledge of these hard truths, our spiritual ecosystem stagnates and withers.

At one point in time, wolves had been eliminated from Yellowstone National Park. The elk in its territory thus came to leisurely graze and forage at will. They had nothing to hunt them and control their population. Wildflowers died, tree saplings never took root, and waterways became muddied. Birds, beavers, and fish suffered. Many species left the area and others perished.

Then, the wolves were brought back. Within two years, the whole landscape was revitalized. The wolves kept the elk on the move and managed to thin the herds.

Sharp, pointed doctrine does the same to us. Faithful are the wounds of a friend,  says the Proverb. The arrows of the Almighty must be allowed to hit their targets. Certain things inside us require reckoning.

The world is not our friend. It can fool us and put us to sleep, like Samson on Delilah’s lap.

Let’s be aware and walk away from relationships that stunt our growth in Him. We need to allow the Word and Spirit to do their effectual work in our hearts. Our frames of reference should provide boundaries to our thinking and steel to our convictions.

Rehearse these instructions that Paul gave in 2 Corinthians, chapters 4-6:

Do not lose heart. Be of good courage. Know no one after the flesh.

Manifest the life of Christ in a ministry of reconciliation.

What  the world really needs is our strong witness to the reality God’s great love.

For more on this topic, check out “Stand Up and Stand Away from the World,” a message preached by Thomas Schaller, Pastor of Greater Grace Church of Baltimore.