Come to the Waters, Behold the Lamb 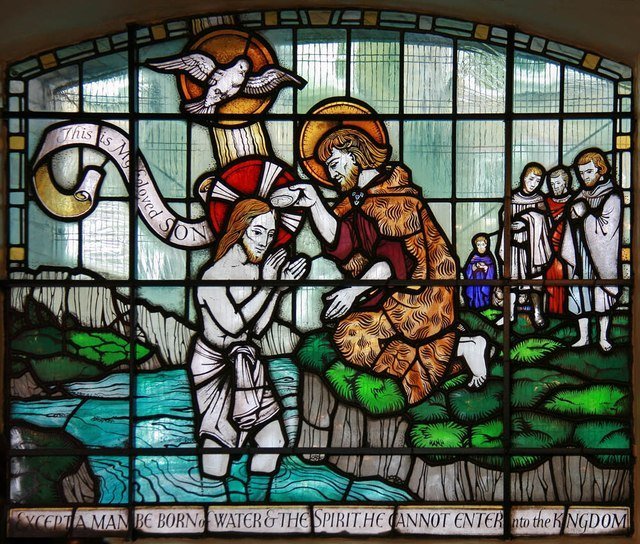 Who were the friends of Jesus and how did they become His friends? John 1 paints a picture of how the first disciples of Jesus were drawn to Him.

The important man in the story is John the Baptist. He was actually a relative of the Lord. We find this out in the first chapters of Luke. John was born to Zacharias and Elizabeth, a faithful couple who followed the Law of Moses the best they could. Elizabeth was a barren woman, a status that prompted scorn among this ancient society. Even the book of Leviticus outlines cases in which women unable to bear children should be seen as suspect. They were looked at as being under a curse. But John was born to these two and he lived as he was called to live — in the wilderness, preaching repentance, pricking hearts with strong words.

Some heard these words and met John down by the Jordan River. They felt their uncleanness and went to be baptized, to take a bath in a sense. John’s message was a message of grace and mercy really. It met the guilty and ashamed and offered hope. “Come to the waters,” it said to the thirsty. “Of course, your heart condemns you, but God is greater than your heart. Confess your sins. Show yourself; reveal that you are in need of washing. Bathe and be clean.”

Confess your sins. Show yourself; reveal that you are in need of washing. Bathe and be clean. Click To Tweet

At the Temple in Jerusalem, the process was different and diabolical. A system built on tradition veiled the heart and mind of the Lord. The religious exercises in Jerusalem benefited the wealthy and the strong. The Temple was not a house of prayer for all nations as God intended it to be. It was a factory of sorts. The people came to do their works — to change their filthy Roman currency for Temple tokens, to buy sheep and goats and birds that were rendered acceptable by on-site officials. The people reported for duty, to make their purchases and secure a bit of solace for their tortured consciences.

Where was the thanksgiving? Where was contrition? Where were the words of encouragement?

John’s message made straight the way. This was his calling. His life was dedicated to preparing the way of the Lord. He answered the questions of tax collectors and soldiers. John told them to do their jobs honorably and justly. These were among the most despised people in Judea for they aided the Roman occupiers. Most of these people, had probably stopped showing up at the Temple. There, they would have been scorned and mocked and counted as hopeless. Serving the purposes of Rome was seen as something inhibiting the coming of the Messiah.

Down by the river, however, all were welcome, provided they were coming in brokenness and need. Jesus would say it: “Blessed are the poor in spirit …” These see the hole in their hearts; they are overwhelmed with the deadness of their spirits. They hear the message; they see the water; they hear and obey. They dive into this hope for they have only their weary, heavy hearts to lose.

Repent, John preached. The Kingdom of God was at hand. The One who baptizes with fire and with the Spirit was among them. John knew this. He taught this. Many heard and many turned. Among them were men ready to follow the Lamb.

John would point them to the Lamb and they would go after Jesus. Jesus would increase, and John knew his place and his ministry would decrease. He stood as the friend of the Bridegroom, the best man for the wedding, and he rejoiced to see the day when the One from above began to ready His Bride.

The leaders of the Jews were looking for a king, not The King. They were waiting for a return to the days of Solomon, when all the world saw Israel as the “top dog” among the nations. The Messiah would be someone of muscle.

The Messiah came, but He came suddenly, quietly, meekly, humbly. Jesus came as the Lamb of God and His message was simply this: “Come unto Me, you who are weak and heavy laden and I will give you rest” (Matthew 11:28).

Want to learn more about how Christ calls to the weak and the weary? Check out “Seeking Seekers,” a message preached by Thomas Schaller, pastor Greater Grace Church in Baltimore.