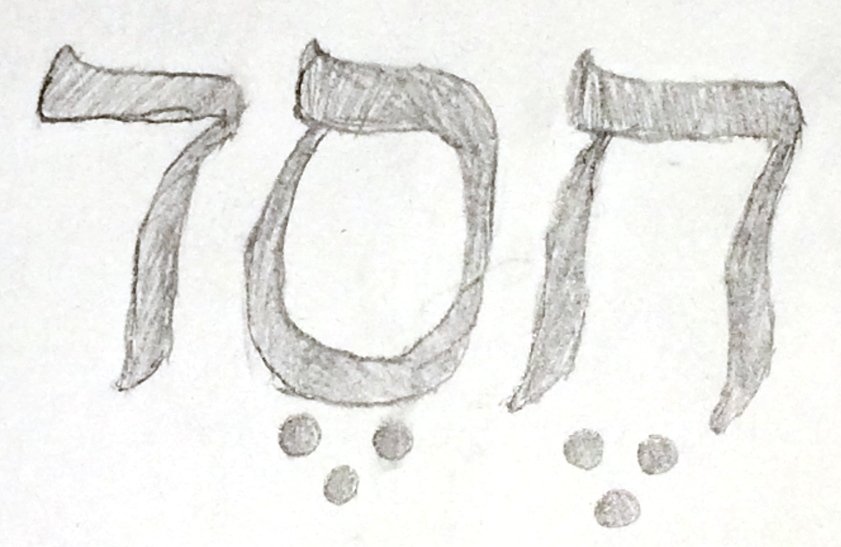 One of the most important words in the Old Testament Hebrew is hesed, translated “mercy” in the King James, but may be better translated “lovingkindness.” According to Spiros Zodhiates, a noted Greek scholar, hesed goes beyond mercy and encompasses more completely the idea of God’s loyalty to covenant obligations. “Because of His kindness, He meets the needs of His creation by delivering them from enemies and despair.”

It was intended that the Israelites would not only receive it, but be ready to show it.

In Deuteronomy 7:9, “Know therefore that the Lord your God, He is God, the faithful God, who keeps His covenant and His lovingkindness to a thousandth generation with those who love Him and keep His commandments.” Hesed is the evidence of a God totally committed to His covenant with His people. Because God loves His people, He expresses that love in the form of kindness and not judgement (James 2:13). It also includes the sense of strength and steadfastness and is also translated “steadfast love.”

Psalm 136 may be the most complete statement of God’s hesed to His people. It has 26 verses and each one ends with the phrase, “for His lovingkindness is everlasting.” It is the story of God’s faithful expression of love toward His people from creation throughout all of their challenges. Verse 26 concludes the psalm with this: “Give thanks to the God of heaven, for His lovingkindness is everlasting.” The reference to God as the God of heaven takes His hesed beyond the Israelites and to all His creation.

Hesed for Hagar and Ishmael

One great example of hesed is the way God treated Hagar and Ishmael in Genesis 21. Sarah was having great difficulty sharing her home with her Eqyptian maid and her son born to Abraham. As a result, she told her husband to “Drive out this maid and her son, for the son of this maid shall not be an heir with my son Isaac” (verse 10). Abraham was distressed by this because Ishmael was his son, but God told him to honor Sarah’s demands. So he took the two out to the wilderness, gave them bread and water and left them to their own care.

The account does not end there. In verses 15-21, the story continues. Once the water was used up, Hagar cried out to God for hesed toward her son. This initiated a conversation with an angel of God, who said to her, “What is the matter with you, Hagar? Do not fear, for God has heard the voice of the lad where he is. Arise, lift up the lad, and hold him by the hand, for I will make a great nation of him.” God demonstrated His hesed to them by first providing a well for water and then in verse 20, “God was with the lad and he grew”.

A story to illustrate hesed

I once heard a story about a young expectant mother working in Israel who was afraid that she might lose her job once she delivered her baby (this was before Israel had enacted laws regarding maternity leave). This woman was the sole supporter of her family as her husband had recently lost his job. During an informal lunch gathering at work, the woman mentioned her predicament to her co-workers in earshot of the company’s owner, Mr. Fleisher. However, Mr. Fleisher showed no signs that he had heard anything.

Shortly afterward, the conversation shifted, and the employees began talking about where their families had come from and how they had arrived in Israel. Suddenly Mr. Fleisher showed interest as the young woman talked about her roots in Brooklyn. He wanted to know details about where she lived and her grandfather’s name — even what synagogue he had attended. The woman was taken aback but supplied all the information. Abruptly, Mr. Fleisher left the room and returned a few minutes later with red eyes.

Tearfully, he explained to the young woman how his father, who had been an electrician, died leaving the family penniless. There was another, more successful Jewish electrician in the community, who had been friends with his father. Upon the loss of his colleague, this man filled the family’s bare cupboards for weeks. Then he spent a month going through the deceased man’s old supplies and selling them, giving every penny earned to the widow and her family. Mr. Fleisher explained that the man who had done all this kindness for his family was this woman’s grandfather. He concluded, “You will always have a job here, and I’ll give your husband one, too.”

In Micah 6:8, “He has told you, O man, what is good; and what does the Lord require of you but to do justice, to love kindness (hesed), and to walk humbly with your God?” The requirements of a great relationship with God are doing justice, that is bringing justice to others, loving hesed which is to show lovingkindness, and being humble before God and man.

“I have not hidden Your righteousness within my heart; I have spoken of Your faithfulness and Your salvation; I have not concealed Your lovingkindness and Your truth from the great congregation. You, O Lord, will not withhold Your compassion from me; Your lovingkindness and Your truth will continually preserve me. For evils beyond number have surrounded me; my iniquities have overtaken me, so that I am not able to see; they are more numerous than the hairs of my head, and my heart has failed me.” (Psalm 40:10-12)

Like King David, we can count on hesed since it is the nature of God. Paul spoke of it in Romans 2:4 when he challenged the Roman Christians not to think lightly of the riches of God’s kindness, His hesed, since it leads one to repentance. But it was their stubbornness and unrepentant heart that kept them from experiencing the riches of hesed. Hesed represents the very heart of God.