Really Big Questions and How We Answer Them 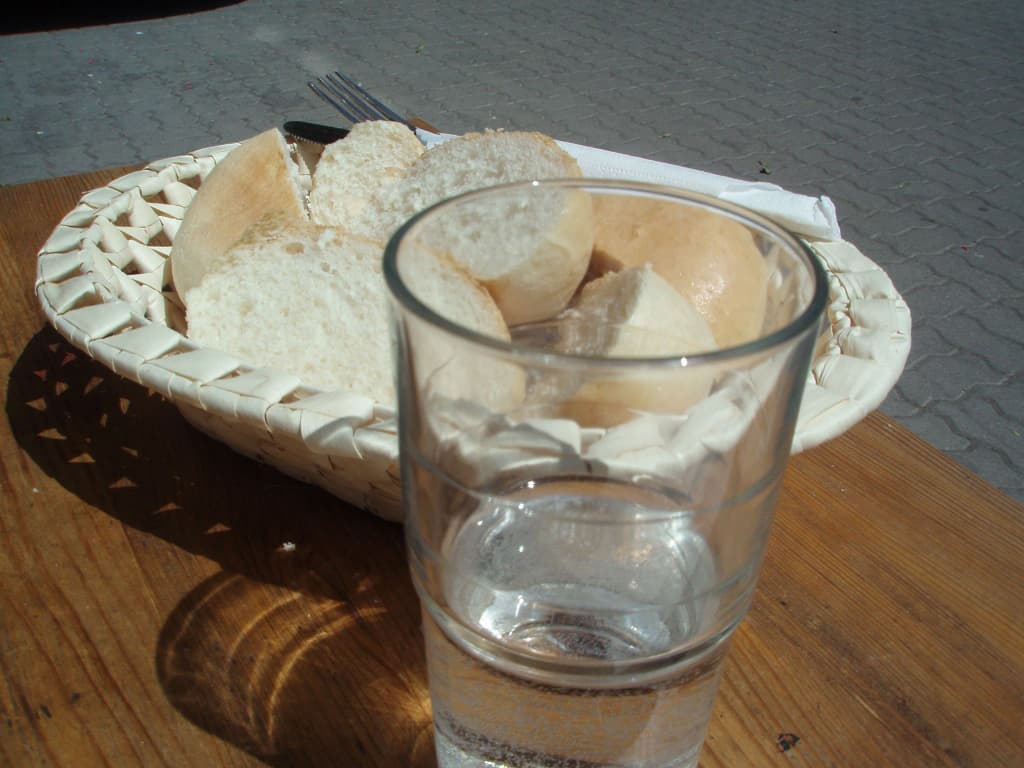 This is the big question each of us must answer if the Bible is to make sense to us. It is the question that Jesus Himself posed to those closest to Him during His days on earth.

We read this in Matthew 16. Jesus and His disciples were taking a break of sorts, in the region known as Caesarea Philippi, along the Mediterranean Sea. It was an area given over to religious shrines devoted to various idols worshipped among the peoples of the Roman Empire.

First, Jesus asked His followers this question: “Who do men say that I am?” With His miracles and messages, Jesus had created something of a buzz in these parts. He spoke as none other spoke, with authority and mystery. The disciples knew the talk on the street – the social media platform of that day. Some thought He was John the Baptist come alive again; even Herod, the region’s ruler who had beheaded the Baptist, saw Jesus this way. Others referred to Him as another Elijah or Jeremiah, a prophet displaying power in word and deed.

This question sliced through those scattered opinions and went to the disciples’ hearts. Peter spoke up with an answer that came from above.

“You are the Christ, the Son of the Living God.” Definite, simple, declarative was this statement. Jesus would describe it as the Rock of Truth upon which His Church would be built upon.

‘The’ One and Only

Until we can say that we believe this reality about Jesus, the Bible remains a collection of stories, songs, and instructions without life. When we see Jesus for who He is and believe on Him, then the words of Scripture become Spirit and life for us.

The very important word in the sentence uttered by Peter is the article “the.” It is a definite article, a word of limitation. Place “the” in front of a word and our idea of that word becomes specific. We are making reference to something that is one and only.

Our Rock of Truth is this: Jesus is the Christ – the only anointed One, the Messiah come to seek and to save the lost. Jesus is the Son – the one and only begotten One of God. And, Jesus is the Christ and the Son of the living God. Many lifeless and dead gods and goddesses have been put forth, but we believe in the One, True, Almighty, Living God.

Once we have settled this in our hearts and minds, once we have reached agreement with the conclusion that Peter expressed and the Savior confirmed, then we enter into understanding. We have come to fear – to honor and reverence – the Lord. This is the beginning of wisdom (Proverbs 1:7).

Jesus Told Us Who He Is

After we have come to believe for ourselves who Jesus is, the next thing we must focus on is what Jesus said. Gospel thinking – we have to develop it. The records attributed to Matthew, Mark, Luke, and John present to us what Jesus did and what He said. It’s important that we read these pages often with the guidance of the Holy Spirit, the One who guides us into all truth. Here, in these writings, we get to know our Savior and our Friend.

How do we get to know a friend? We let Him talk about Himself.

The gospel of John does this more than any book in the Bible or any book on earth for that matter. The beloved disciple, the one who leaned upon the Lord at the Last Supper, relates the conversations of Jesus. More than 60 percent of John’s gospel is made up of the words spoken by Jesus.

Here I present the next big question:  What does Jesus say about Himself? Big, bold things, eternal things, things outrageous to the reasonable, natural human mind.

What does Jesus say about Himself? Big, bold things, eternal things, things outrageous to the reasonable, natural human mind. Click To Tweet

Jesus, in John 6, fed a few thousand people with five loaves and two fish. The mob – all fat and happy from this free meal — right then wanted to seize the opportunity and crown Him as the ruler. This was not the time for Jesus the King, that moment shall indeed come, but it was not yet.

Now, Jesus began to unveil the reality of His Person. He declared Himself to be the Bread of Life. He told everyone where He came from and why He came – “I have come down from Heaven to do the will of the Father.”

Living Bread from Heaven, that’s who Jesus said He is. Some in the crowd grumbled at this word picture. Jesus just continued, saying, “This Bread is my flesh.” This was even more stupefying to those hearing Him. He also told them that they must eat His flesh and drink His blood in order to have life.

These sayings were more than off-putting, they were offensive. Hundreds of His followers stopped listening and walked away. They missed the real key to understanding His words. “It is the Spirit who gives life; the flesh profits nothing:  the words that I speak unto you, they are spirit, and they are life,” Jesus said in John 6:63.

This hard saying confounds the natural mind, but the spiritually minded person eats it up. That’s what Jesus was saying about Himself. The words are the food for life. Eat them. Abide in them.

In John 7, Jesus called people to receive living water from Him. In John 8, He announced, “I am the Light of the world.”  Bread. Water. Light. These are the basic elements of human existence on earth.

But what of the things to come?  What of the future?

There it is, that’s our answer. Follow Him, feast on His words, live in His Light, drink His water and you’ll find life in Him and in the Father, for He and the Father are one.