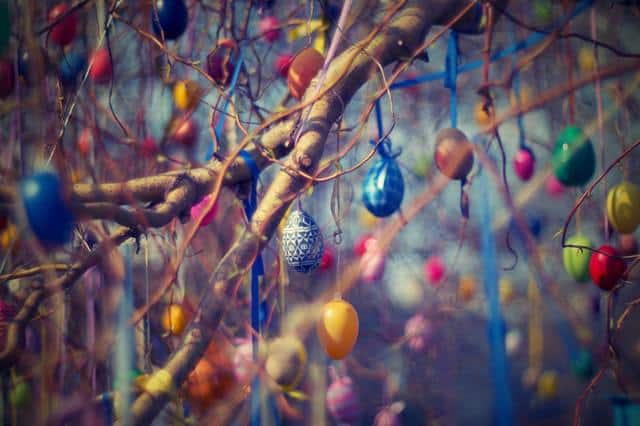 In Paul’s  “Romans”  letter  we delight in a plethora of plenty, an Easter basket of colors, a bounty of beautiful treats, a bundle of love.

First,  a plethora of plenty;

Second, an Easter basket of colors;

Third, a bounty of beautiful treats;

Fourth, a bundle of love; Easter brought the abolition of death:

“…Our Savior Jesus Christ, who hath abolished death, and hath brought life and immortality to light through the gospel.” 2 Timothy 1:10

“And the graves were opened; and many bodies of the saints which slept arose, And came out of the graves after His resurrection, and went into the holy city, and appeared unto many.”  Matthew 27:52-53

“Through (His) death (Christ’s) He might destroy him that had the power of death, that is, the devil.” Hebrews 2:14

Corruption, dishonor, and weakness had a bad day also. “And there were also two other, malefactors, led with him to be put to death. And when they were come to the place, which is called Calvary, there they crucified him, and the malefactors, one on the right hand, and the other on the left.” Then said Jesus,

“Father, forgive them; for they know not what they do.”

“And one of the malefactors which were hanged railed on him, saying, If thou be Christ, save thyself and us. But the other answering rebuked him, saying, Dost not thou fear God, seeing thou art in the same condemnation? And we indeed justly; for we receive the due reward of our deeds: but this man hath done nothing amiss. And he said unto Jesus, Lord, remember me when you come into thy kingdom. And Jesus said unto him, Verily I say unto thee,

Today shalt thou be with me in paradise.”

“For ye know the grace of our Lord Jesus Christ, that, though he was rich, yet for your sake he became poor, that you through his poverty might be rich.” ‘Cause Jesus paid it all,

All to him I owe,
My sin had left this crimson stain, he washed it white as snow.