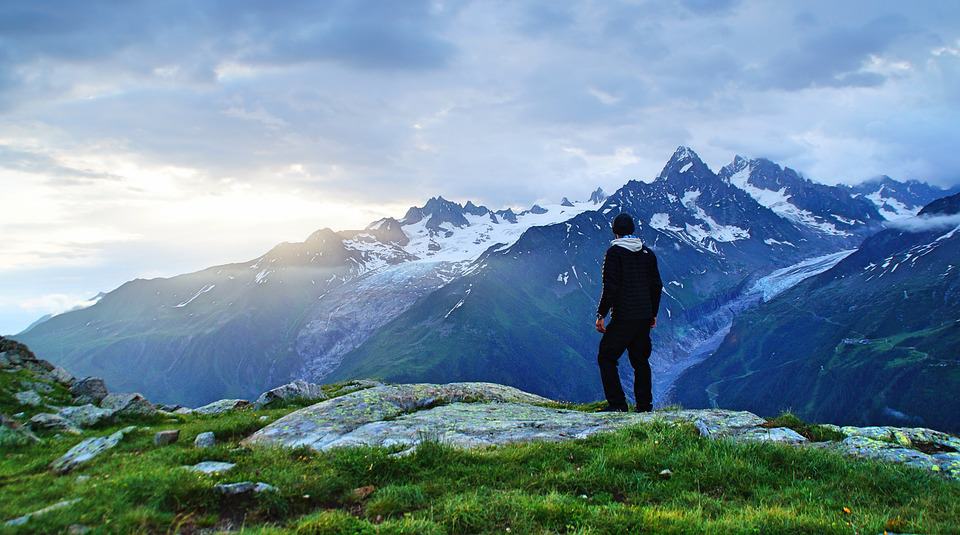 “Should you seek great things for yourself?  Seek them not; …” (Jeremiah 45:5a)  These words were “Thus says the Lord … to Baruch” (v.2), a scribe who wrote down Jeremiah’s prophecies and perhaps expected to receive credit for his labor or at least some “reward”; but instead the prophet’s secretary complained to the Lord that all he was reaping was pain, sorrow, and weariness with groaning and sighings (v.3).  This murmuring was obviously equated with “seeking great things for [himself]”, inviting a rebuke from the Lord Himself.  How then could David legitimately and apparently without any objection from the Lord cry out to Him so boldly “Lord, increase my greatness!” (Psalm 71:21)?  This was the same humbled king and servant of God who gratefully, even joyfully,  declared to Him “Your gentleness has made me great.”  The Lord Jesus clarifies what here in the Old Testament seems like a contradiction as to God’s thoughts on “greatness”.

What is true greatness in the eyes of the Lord?

When a dispute arose among the disciples in Luke 22:24 as to which of them was reputed to be the greatest, the Lord reminded them of what “great” meant among the Gentiles – being in authority and ruling over people –  and then contrasted that world-view with what was considered “great” in the Kingdom of God: “… he who is greatest among you, let him be as the younger, and he who governs as he who serves.” (v.26)  In Matthew 20:26b Jesus’ thoughts on being great are  expressed like this:  “… whoever desires to become great among you, let him be your servant.”  The Lord Jesus further clarifies “greatness” in Matthew 18:4, where He says, ” … whoever humbles himself as this little child is the greatest in the Kingdom of Heaven.”  From these passages we clearly see that humility and having the heart of a servant are key to being “great” in the Lord’s eyes.  Now let’s contrast two men in the Old Testament who both sought greatness but with different mindsets and different heart conditions.

Saul was great in the eyes of God when he was little in his own eyes.

In I Samuel 15:3 the Lord gave a precise command to Saul, who had recently been anointed king over Israel by Samuel.  This Divine directive was:  “Now go and smite Amalek and utterly destroy all they have;  do not spare them … ” ( v.3).  The king was to utterly destroy this enemy of Israel and every single thing the Amalekites possessed.  Saul did indeed smite them, killing all of the people EXCEPT Agag, the king of the Amalekites;  and furthermore, he spared “the best of the sheep, oxen, fatlings, lambs, and all that was good”, utterly destroying only that which, in their estimation, was despised and worthless (v.9).  What an example this is of decisions depicting disobedience to God’s directives because of a life lived out at the Tree of Knowledge of what is good and bad in one’s own eyes!  Contrast that with obeying the Word of God with childlike trust and simplicity and utterly destroying all with no rationalizing, feelings or sight interfering with implicit obedience.  And Saul’s disobedience was carried still further in setting up a monument for himself (v.12b), an idol of and to his self.  He did indeed seek great things for himself, and further in this chapter we see a blatant symptom of such a quest for self-aggrandizement.

Saul did not want to suffer the consequence of shame in the eyes of his people.

Because of his disobedience Saul was consequently rejected as king of Israel (v.23,26), and the kingdom was wrenched from him (v.28).  But Saul – representing tenacious flesh – didn’t want the consequence of shame in the eyes of his people, so he tried to “fix” it.  We read in verse 30, “I have sinned;  yet honor me now, please, before the elders of my people and before Israel, and return with me, that I may worship the Lord your God.”  Needless to say, this is typical of the old sin nature of anyone of us when a wrong decision has been made, when the Lord has apprehended us in it, and where there is more concern over what people will think and say than over how God has been dishonored and the Holy Spirit grieved.  Samuel, after first refusing to do what Saul requested, ended up turning back to Saul, and Saul “worshipped” God.  But Samuel himself completely destroyed Agag, then went to Ramah, where he mourned over Saul till the Lord quickened him to go find and anoint David as king ( I Sam.16:1 ).

What a contrast between David’s heart’s desire and Saul’s! It is true that in this particular Psalm, David is not suffering because of wrongdoing but rather because he is a true worshiper of God;  he does not want those following behind him to be discouraged in their relationship with the God he is trusting because of his sufferings and the reproaches of unbelievers against him.  But elsewhere in Psalms it is evident that David took full responsibility for his sins but also thoroughly repented and received forgiveness and mercy, fully trusting in the Character of God to cleanse him of shame and guilt as well of the sins themselves.  “I was upright before Him and blameless with Him, ever on guard to keep myself free from my sin and guilt.” (Psa.18:23)  A true Finished Work believer in the Old Testament and one who knew that it was God Who had made him great.

How do we, as Church Age believers, view greatness?

Now, as Church Age believers, how do we view greatness?  And how do we relate to it?  How does it relate to us? First, let’s consider how great our God really is, not just in general but as the One Who lives inside of us!  He is Omnipotent;  therefore, inside of us is “the power of an endless life.” (Heb.7:16)  He is Omniscient:  “… Lord, You know everything … ” (John 21:17).  He is Omnipresent:  ” … Where could I flee from Your Presence?” (Psa.139:7b).  And so importantly, Jesus Christ, Who is God, and Who lives within us, is Everlasting Love (John 1;1;  I John 4:8).  Our God is not only Great;  He is the GREATEST!  And He it is Who dwells within us and us in Him;  and by reckoning on these truths, and on other “exceeding great and precious promises” ( I Peter 1:2-4), His greatness is revealed, communicated, in and through us.

Secondly, then, we reckon on the truth of the great exchange at the Cross (Gal.2:20), which gives us the privilege of declaring ” … I live;  yet not I but Christ…”.   We believe, in the simplicity  and in the power of the faith of the Son of God,  as a little child, what He says;  and as we walk in that truth He is able to be all that He is and to do all that He desires to do in and through us.  Thus, He is manifested and the works of the devil are destroyed (I John 3:8).  This is greatness in the Kingdom of God.

“Who is greater, he who sits at the table or he who serves?”

Jesus continued on and said, “Is it not he who sits at the table?  Yet I am among you as the One Who serves.”  (Luke 22:27)  Just as the Lord Jesus Christ came to minister and to serve (Matt.20:25-28), we, too, will thus serve and minister, though all the while resting at the table of Truth continually set before us, because of Great Grace given by “the God of all Grace”.