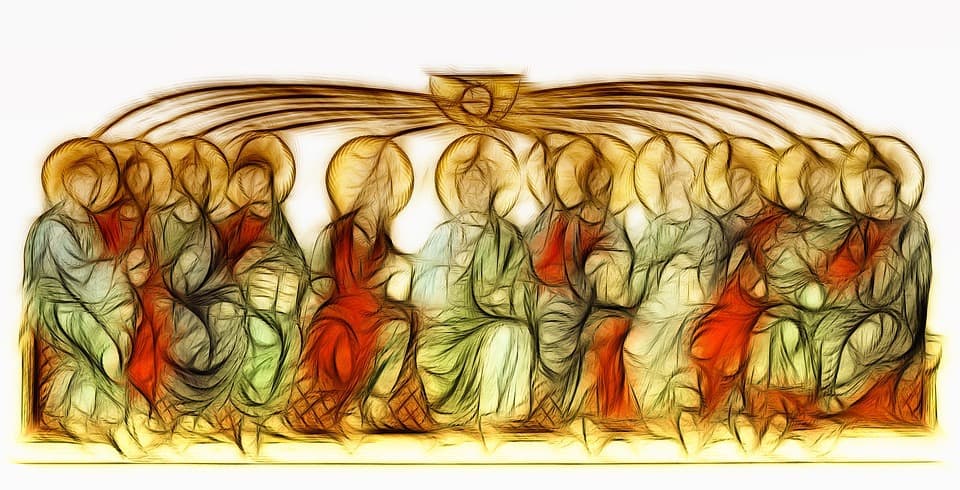 “Do not forsake your friend and your father’s friend.” This is from Proverbs 27, a chapter that has lot to say about true friends.

How many chose to ignore this counsel? Many who wander from these friends are very much lost, I am sorry to say. They go far from what made their lives what they are. A sense of disappointment crept into their hearts, and they felt a compulsion to get away from it all.

Allow me to make one thing most clear: some escapes are necessary. Family dysfunction sometimes creates unreasonable and unbearable situations. Abusive relationships – at any level, in any form — are intolerable. None should facilitate their continuance in any measure.

That being said, I believe other escapades are carnal adventures that come disguised as self-discovery and moments of renewal. Face it, some just want to go off and start all over again. There are ones who do so in reaction to the slightest of slights. These are the blamers. They cement themselves into identities related to what they are not and keep talking about what they left behind and how they’ve moved on.

I think they have forsaken their friends.

A Friend at Home

Others seek greener pastures and seemingly more exciting lives. Jesus told a story of such a person in Luke 15. This completed a trilogy of Jesus’ teachings related to lost things. It is the story of two sons and a father, in what’s come to be known as the Parable of the Prodigal Son.

Jesus first described the younger son who demanded his portion of the family inheritance and got it. The father gave the son what he desired and watched the boy take off.

What this dad gave to his son did get him somewhere — a far country. And his father’s money attracted attention — until the cash was gone. He spent all that he had been given and wound up down on a farm — a pig farm where the animals were better fed than he was.

There and then, Jesus tells us, this son came to himself.

He remembered life at home and how friendly it was. There, even the servants got decent meals. He swallowed his pride, which was all that he had to swallow at that point, and headed back to Dad.

Dad ran to him and kissed him and clothed him. The son was given shoes and a ring and had a feast thrown in honor of his safe return home.

How does the father love like this? Why, because of his Friend, the One who sticks closer than a brother, to cite another proverb (Proverbs 18:24).

There are other faithful friends that I am thinking of just now. These are the ones who have kept me in the midst of troubles and turmoil.

Doubts and disappointments come, as they do to all of us, but these companions are most companionable. They are steady forces in my life. These direct me in my walk of faith. Also, they have wounded me when I needed wounding. “Open rebuke is better than secret love” (Proverbs 27:5). We need strong words in seasons when we are getting off track.

Here are a couple of good friends I know: The Bible and the preachers of its eternal words.

It has meant so much to me to sit under the Truth and those who teach the way that it takes me and the Life behind its every phrase. These are the prophets and professors who call fire down from heaven and connect every jot and tittle as we go over doctrine line upon line.

I have learned to be grateful for my tour guides, the studied, prayerful ones who have shown me “wondrous things” from the mind of God. Click To Tweet

Pages turned in the Bibles I have owned have been full of things opened to my understanding. All Scripture was breathed out by the Spirit for doctrine and encouragement and correction (see 2 Timothy 3:16). The promises and prayers, the stories and statutes, the commandments and collections all serve to make me wise. I have learned to be grateful for my tour guides, the studied, prayerful ones who have shown me “wondrous things” from the mind of God.

Two more fine friends I am thinking of are these: church buildings and the people in them. Some are fond of saying that church is not a building. That’s true in some sense, but places carry as much personality for me as the persons who are in the places.

Think of the places God inhabited and filled with His presence: the Garden, Moses’ Tabernacle, Solomon’s Temple, the Upper Room of Acts 2. Christ Himself took up flesh and bone. The material matters to the Lord. He made all things good and very good.

David wrote this: “I was glad when they said unto me let us go into the house of the Lord” (Psalm 122:1). The sanctuary gives us a context for worship. It provides a frame of reference for the encounters we have with the others who are with us.

What happened in Acts 2? The followers of Jesus were together in a room and united in prayer. The Spirit rushed through the place and filled everyone there. Soon, they were all talking in a new and living way. Those outside gathered round and they listened. Many were cut to the heart as they heard the message from Peter. It was the beginning of the Great Commission. The Word was heard there, and the Gospel went out to the ends of the earth.

Let’s not take such friends for granted. Do not forsake them. We need our Bibles and our pastors, our chapels, and our brothers and sisters in Christ.

These are the secrets to our lives of faith.